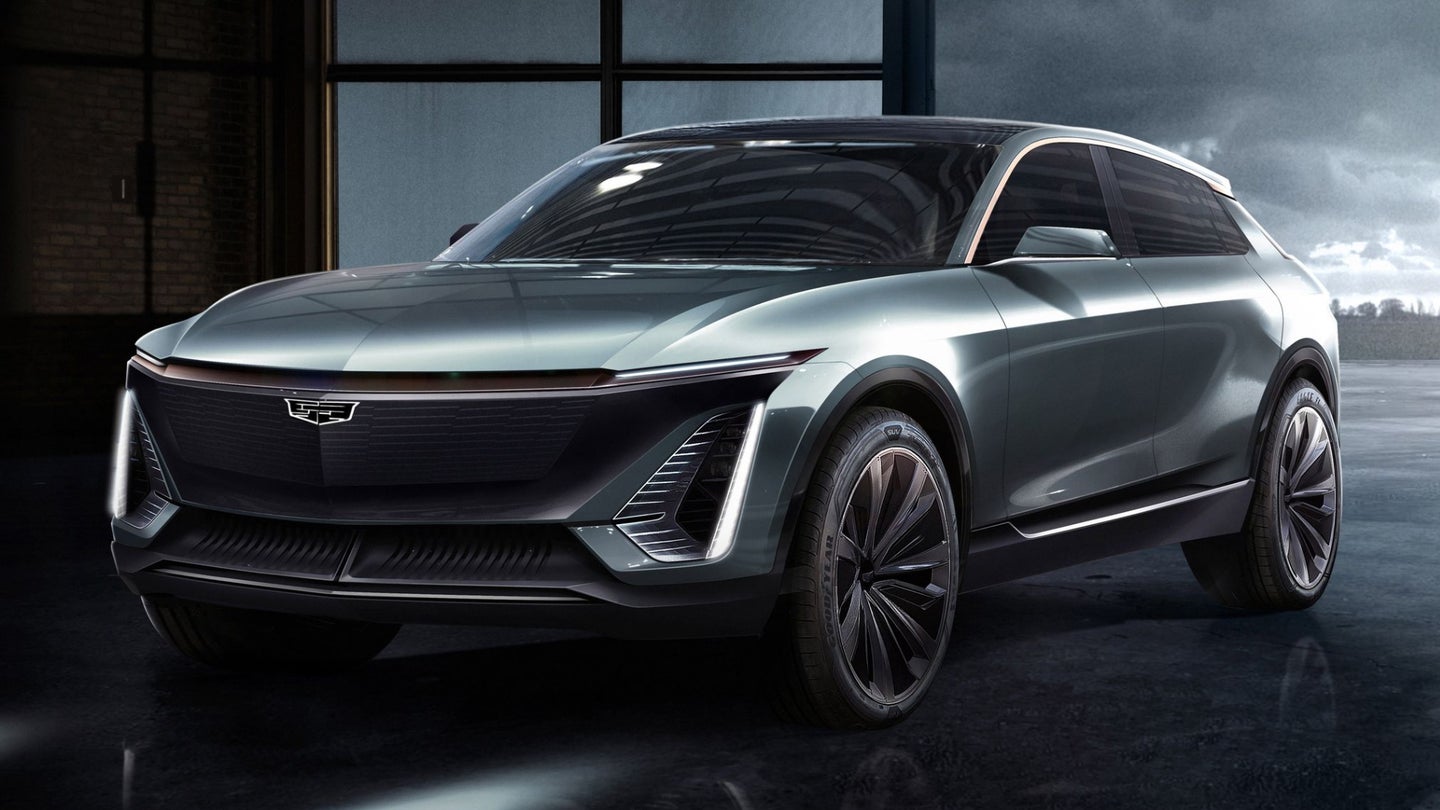 Cadillac is a brand that's constantly changing, and that rings especially true today. The recent spike in popularity of SUVs and EVs has lead to the company announcing two new electric models—the Celestiq sedan and the Lyriq SUV. The reveal of what's likely to be the more popular Lyriq was set to take place back in April, but it was of course delayed due to the global pandemic. Now, though, the domestic luxury marque has released a video that gives us a peek at the car and, importantly, the new date for its digital unveiling: August 6.

So far, there's been little information released about Cadillac's two electric vehicles. What we have seen are a few concept images and the BEV3 electric platform that the two cars are set to ride on. This new video doesn't provide much more information in terms of the Lyriq's specs, but it does show a few interesting aesthetic details.

The most notable of these details is the car's profile, which in the theme of many other automotive teasers is dark. Really dark. There are also a few passing shots of what's probably the vehicle's interior, and some rather angular details of the front fascia.

I've attempted to brighten that profile image up a little bit, and unfortunately, there's no silly message telling us "nice try!" as we've found on other shadowy automotive teasers.

Not much is discernable from this brightened image, but other publications claim the SUV has 22-inch wheels, which seems about right. There's also some weird surfacing going on with the car's C-pillar that seems interesting. Other details we've heard rumors of appear to be confirmed here as well, such as tall rear taillights and reflectors.

GM's BEV3 platform is the most important component of this new car, and we've covered it before. It will have to do some serious legwork in order to match the impressive range and performance Tesla's latest offerings are able to achieve. Since range seems to be the magic number for EVs, here's to hoping we'll hear all about it when the Lyrique is unveiled in about a month and a half. Maybe, just maybe, it'll be enough to break Cadillac's chain of perpetual missteps.