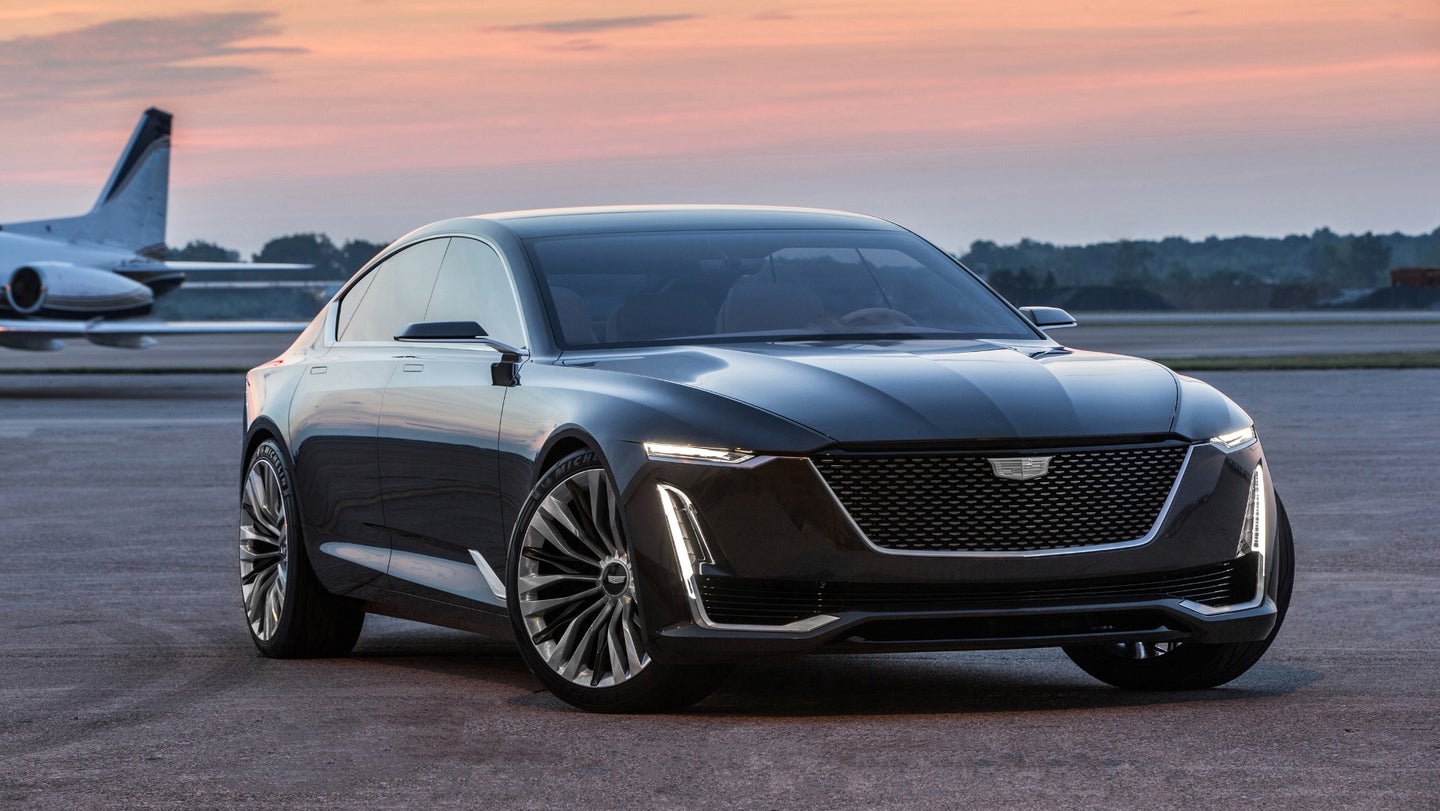 Now that the stench of the not-terrible, but very overpriced Cadillac ELR plug-in hybrid has left the brand, GM’s luxury arm of more than a century is about to get serious about an electric car that can really bring the fight to almighty Tesla.

According to Reuters, insider sources say that Cadillac will be The General’s leading EV brand going into the future and will be the first brand to utilize the upcoming BEV3 EV platform.

Since that’s about all we know so far, let’s take a look at what else we’ve heard recently about how GM’s ambitious plans for electrification apply to Cadillac. In 2017, GM said a new EV platform would be introduced in 2021 which will be shared all over the GM family for at least nine different models.

It also said that platform would be for crossovers, SUVs, and vans, so we’re not sure if we should expect an electric sedan in the vein of the Tesla Model S or Porsche Taycan anytime soon from Caddy. What’s more likely is an electric crossover along the lines of the Jaguar I-Pace and the Tesla Model X. Cadillac already sells far more crossovers than it does sedans, so that seems like a realistic move for the luxury marque.

As for Cadillac, specifically, former CEO Johan de Nysschen said as recently as a year ago that the brand he's since been ousted from would play a “central role” in GM’s plans for electrification. GM has been focusing more of its electrification efforts on Chevrolet since it’s the volume brand for the people, but the industry is skewing towards luxury cars for electrification and now it sounds like GM is catching on to that trend.

In terms of electrification, Cadillac is far from being the standard of the world. Hopefully, for one of America’s oldest car brands, it can turn that around soon.