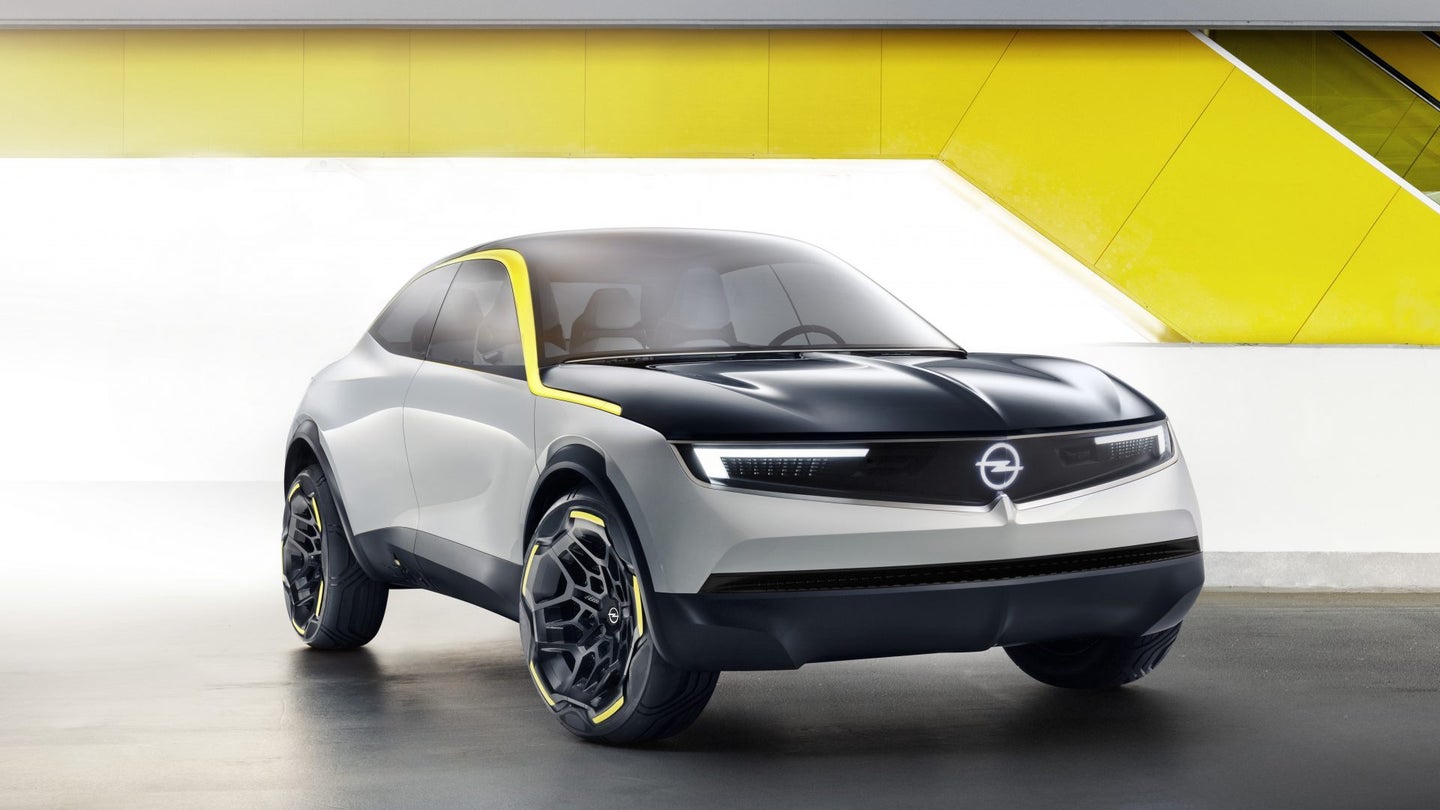 Opel clarified Thursday the role it will play in the electrification scheme of its new owner, PSA Groupe, the conglomerate also in charge of Peugeot, Citroën, and DS.

The automaker states that as part of its "Pace!" plan, it will electrify the entirety of its lineup in the next few years as replacements for legacy General Motors products arrive. Eight new models are on the way within the next two years, along with significant electric boosts for two models in particular. Its compact Grandland X crossover—a Peugeot 3008 relative—will be offered as a plug-in hybrid, and the Corsa supermini will be available as either a fully electric vehicle or with a traditional internal combustion powertrain come 2020.

Opel states that every model it sells in 2024 will make use of electric power, be it a mild hybrid, PHEV, or full EV. This will be up to a year in advance of the planned electrification of PSA's other brands, all of which are expected to adopt electrification in 2025. PSA confirmed to The Drive that it will phase out all its remaining GM products by this time.

GM agreed to the sale of its German and British brands Opel and Vauxhall to PSA in March of 2017. Some of Opel's current products remain GM-era carryovers, such as the Astra, which will continue to share a platform with the Chevrolet Volt until the end of its product cycle. Others resemble their distant GM cousins like the Opel Crossland X which, despite being a doppelgänger for the Buick Encore, is a wholly PSA vehicle.

Other components of the "Pace!" plan include a return to profitability and increased global presence. Opel achieved the former, accumulating a profit of €502 million ($571 million USD) in the first half of 2018. Opel has yet to clarify whether being a "global" brand means that it will spearhead PSA Groupe's return to the United States, which began in January with the establishment of a national headquarters in Atlanta, Georgia, and the launch of its Free2Move transportation aggregation service, which expanded to Washington D.C. in October.

"We have indeed started a global sales offensive with the clear to goal to tremendously increase sales outside Europe," an Opel spokesperson told The Drive with regard to possible North American market entry. "No decision has been taken yet regarding a potential market entry in North America."