Opel Could Possibly Become EV Only Brand If Kept by GM

This would be a significant turn in direction for the automaker. 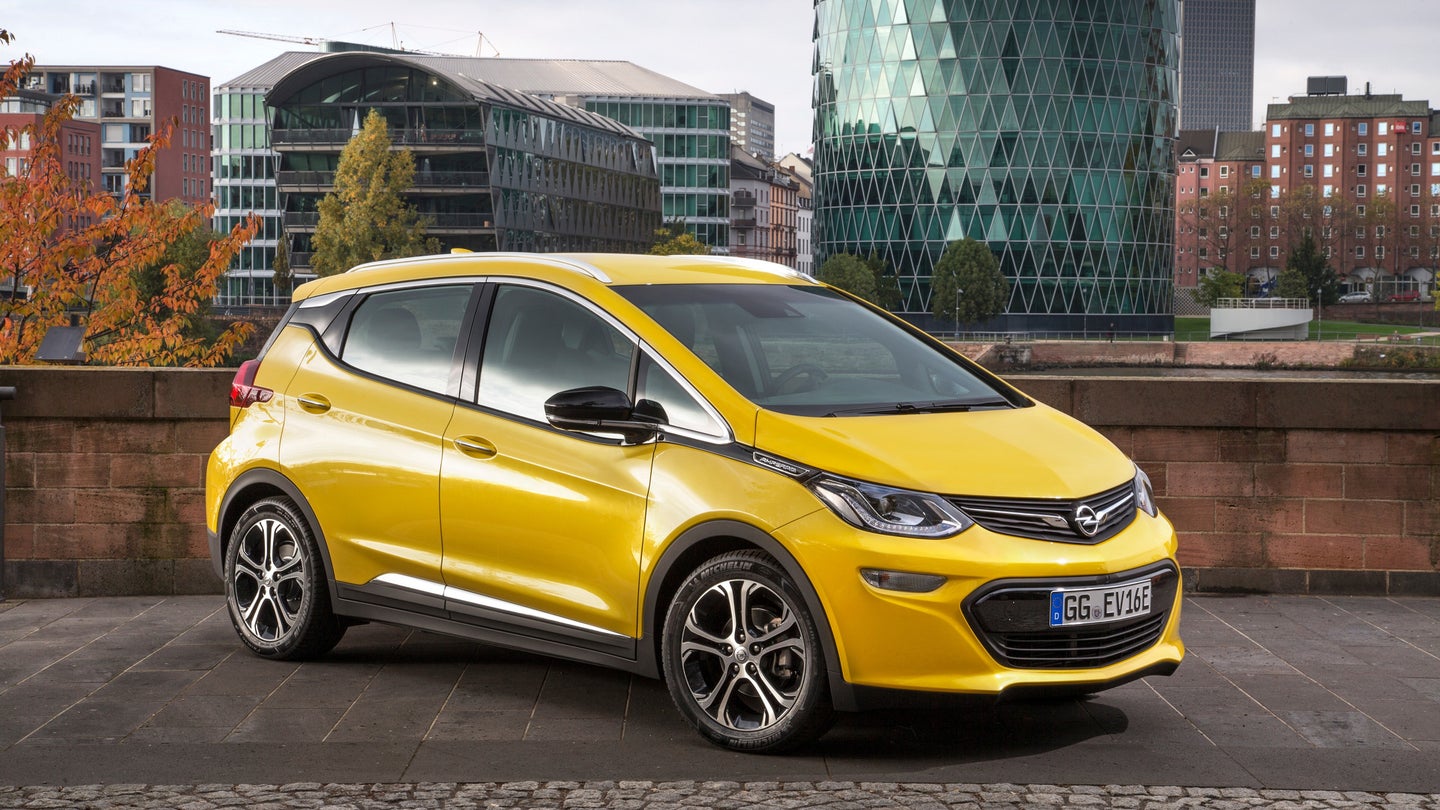 General Motors' European brands have been in limbo recently with a possible sale to the French PSA group. Opel and Vauxhall have been longstanding staples in foreign markets for the manufacturing group, keeping them towards the top of the list for world's largest automaker. Although GM is yet to decide the future of the Opel brand, they may have something in mind if they decide not to sell the branch. Recent reports from Manager Magazin tell that Opel CEO Karl-Thomas Neumann has been considering turning Opel into an all-electric automaker.

This would deepen GM's roots in electrification. They were one of the first American manufacturers to dabble in electric vehicles, and their recent addition of the Bolt EV has Tesla sweating. Opel's lineup already includes the Ampera-e, the Bolt EV's platform mate, which is a big step towards affordable EVs in the future.  Neumann expects other new models to share the same architecture, simplifying the development process for an all-electric lineup.

The plan originated before talks of selling Opel to PSA surfaced. Neumann was reportedly concerned that Opel would not have the support from GM to continue on with gasoline engines and electric powertrains. He views it as a worthy strategy as Europeans are looking to improve fuel economy and perhaps phase out diesels in the near future. Now that Opel may be sold off, it's unclear what will happen. After all, it would take significant retooling to configure a host of electric cars as the brand currently features just one EV, the Ampera-e.

This is an interesting development that could change things up for the European auto industry. If it goes through, it could either put Opel at the forefront of electric sales, or cause them to lose popularity in its home market. It could be a big gamble, but sometimes that's what you need to jumpstart your brand.