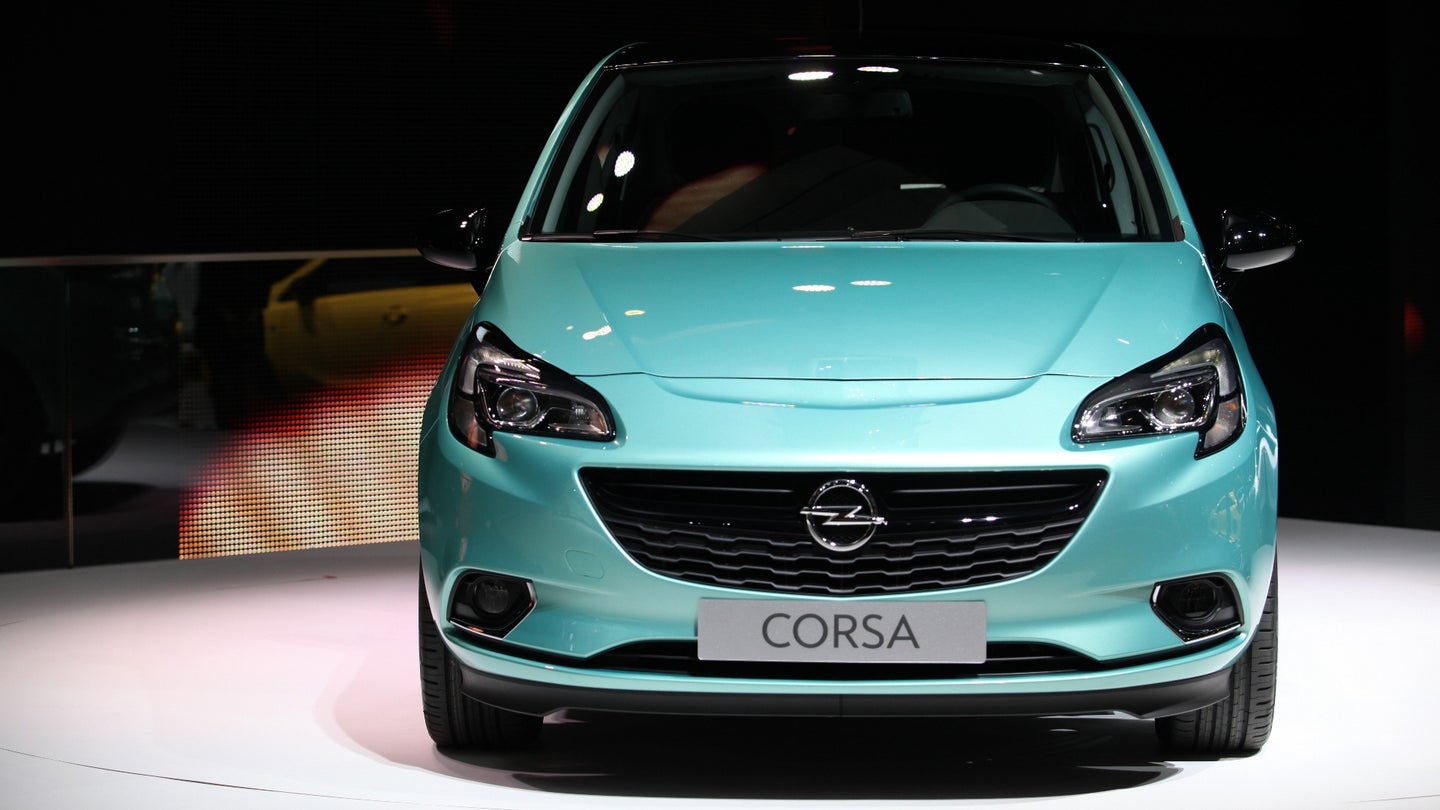 French car conglomerate PSA’s newest asset Opel is taking a step forward in electric cars. It's taking its best-selling model, the Corsa subcompact hatchback, and creating an EV version of it. Why should you care? Because PSA is determined to enter the U.S. market soon and it could be bringing the Opel Corsa EV with it.

The all-electric Corsa is slated for a 2020 introduction, one year after a new generation of the normal Corsa goes on sale, reports Automotive News. The new Corsa marks a shift from a GM platform to a PSA platform after the brand was sold by General Motors to PSA in 2017 after owning it since the 1930s. The new platform is being designed to house hybrid, electric, and conventional drivetrains.

This is not the first Opel EV. Shortly before GM ditched Opel, it rebadged the Chevy Bolt and called it the Opel Ampera-e and sold 1,981 of them in Europe last year. It’s now being phased out since Opel is no longer plugged into GM. The Corsa EV will be built at the Zaragoza, Spain plant which will make it the first all-electric Opel to be built in Europe.

There's no word yet on the range of the Corsa EV, but we have a feeling it will be pretty strong considering the diminutive size of the Corsa. If it can hit the magic number of 200 miles, PSA will have quite a competitive little EV on its hands.

The odds of it coming to the U.S.? It’s hard to say considering how massively unpopular small cars are here at the moment. It still might be worth it for PSA to bring it here just so it has some EV presence in the States when it makes its re-entry. We don’t think a lot of Americans would buy it, but more options for EVs are always good.