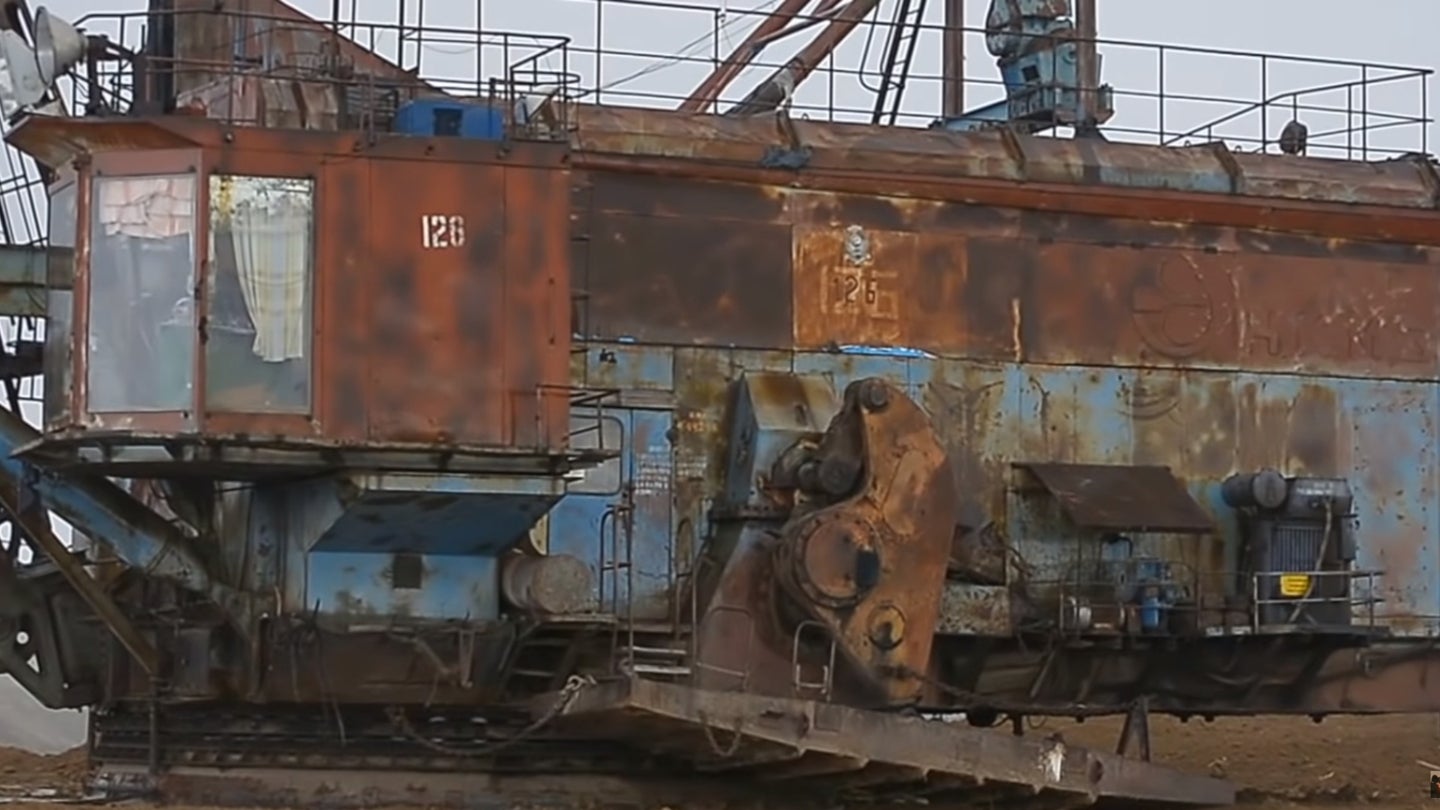 People just seem to like machines that walk—even those creepy Boston Dynamics robots that do gymnastics. It's no surprise then that a short video of a walking excavator is making the rounds on social media. But what's the deal with these walking excavators, besides the fact that they are awesome, of course?

This particular sort, eloquently named the ЭШ 6,5/45, was made in the former Soviet Union around 1979. Unlike Boston Dynamics' robots, it walks very slowly. That's because it weighs 280 metric tons, or roughly 617,294 pounds.

And to answer the question "why do they walk," we must briefly go back to the early 20th century. Back then, dragline excavators—crane-like machines popular with moving very large quantities of earth—had a problem; they were getting too heavy. So heavy, in fact, that the railroad tracks being used to move them around a worksite were sinking into the ground. Then, in 1908, Oscar Martinson of the Monighan Machine Company said something along the lines of "These things should just walk right? Let's make them walk," and invented the first walking dragline.

Well, while he probably didn't say that, it was and still is a good idea nonetheless. Walking draglines avoid sinking into the earth by spreading their weigh over a big pad that's sort of like a penguin's stomach. When it needs to move, big arms lift the entire excavator up and over a few feet and then set it back down. By doing this over and over again, walking draglines can cover the short distances required of them without sinking into the ground they sit on. They're slow, steady, but get the job done.

According to the post on social media, just half a dozen ЭШ 6,5/45s were made, which means seeing one walk around is a rare sight. An even rarer sight would be Big Muskie (not an affectionate name for Tesla's CEO). It was the biggest walking dragline ever. It was kept around until everyone realized it was slowly killing the planet and actually didn't really need it. So yeah you won't see it walking around because it was scrapped. Probably should've mentioned that before.

There’s scant evidence of this amazing vehicle ever existing—save for one magical, mysterious clip.