Spoiler alert: it isn’t the windows. 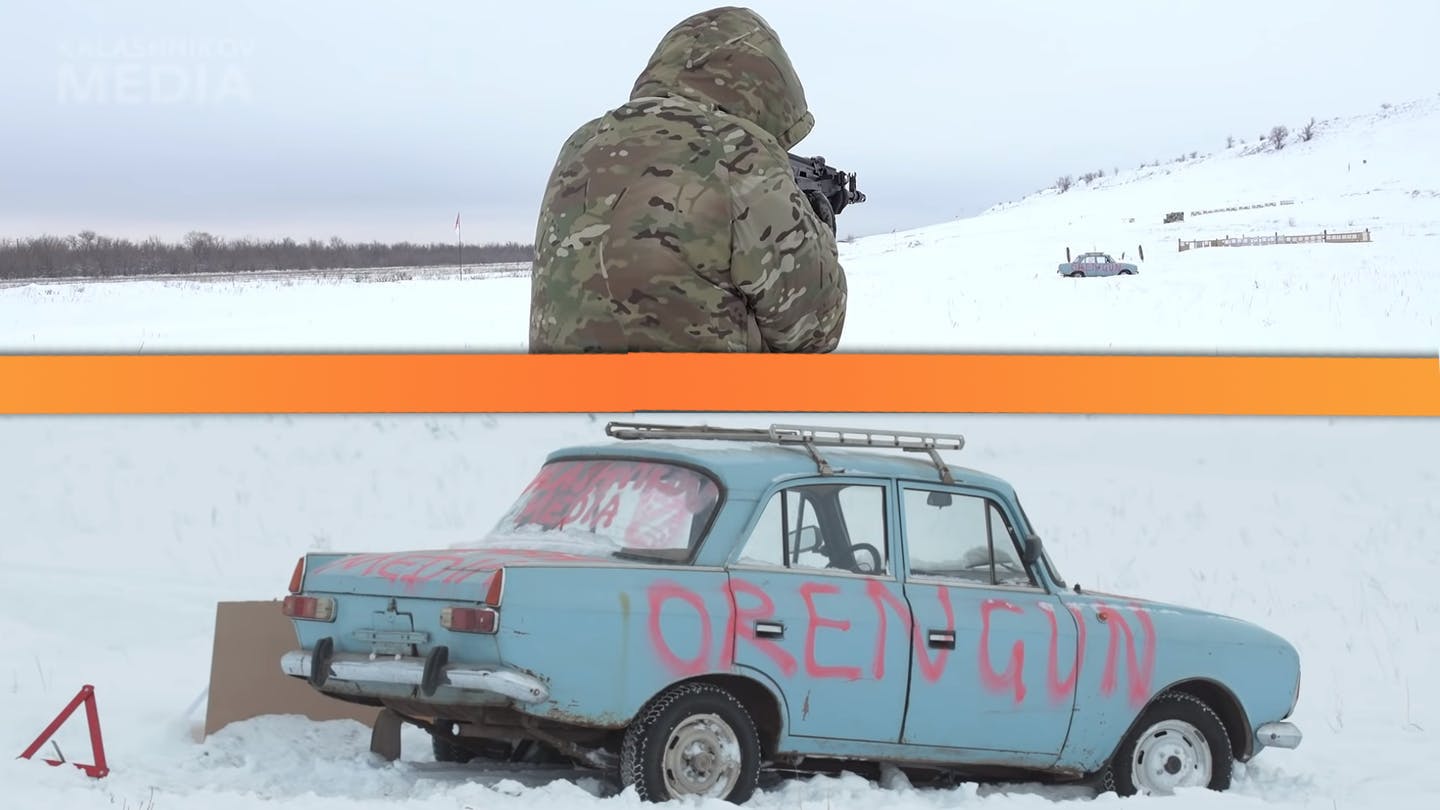 In case you were wondering, yes, the original manufacturer of the AK-47 is still around. And for some reason, the famous Russian brand has decided to start a Youtube channel. I don't know, maybe they were bored. Anyway, they have plenty of guns and at least one car. For those reasons, they decided to shoot the car in order to figure out the best place to hide behind in a gunfight. Not sure how relevant that really is, but it's at the very least entertaining.

And before you ask, the testing is not just limited to the AK-47. It's not limited to regular ammunition, either. The guys at Kalashnikov test tracer rounds, armor piercers, and then they figure enough is enough, and switch to RPGs. They have a few different types of RPG warheads, as well.

The car being tested upon is a Moskvich-412, which actually seems pretty interesting from where I'm standing. The engine, for instance, is some pretty typical sturdy Russian design. The block's cylinder liners are steel, and they're designed to be pressed out and replaced to avoid replacing the entire engine if there's a problem.

The 1.5-liter engine also has a single overhead camshaft and hemispherical cylinder heads. It's canted over 20 degrees in the engine bay for clearance, and it makes 75 horsepower. That may not seem like much, but that's actually pretty good from 1.5 liters, especially considering the era the car was produced. Actually, I'm not really sure of the era because the Moskvich was made in one form or another from 1967-2001, but that's just a little foible we can ignore.

And if you're a bit more curious about how bulletproof the Moskvich is, the answer is... not very. The most bulletproof places on the car are directly behind the wheels, and unsurprisingly, next to the engine block. Pretty much anywhere else and you're looking at a trip to a Russian hospital. When they move onto the RPGs, I mean, what do you expect? Our stoic host Georgiy gets his comrade to shoot the Moskovich with a thermobaric warhead, and there's really not much left.

That's really the lesson here. If you're getting shot at, hide behind the wheels or engine bay in the fetal position. If your opponent has an RPG, I'm not really sure what you should do. Maybe bang some pots and pans together? I think I read somewhere that thermobaric warheads are just as afraid of you as you are of them.