Mattel Will Recycle Your Old Matchbox Cars for Free. These Are the Ones You Shouldn’t Throw Away

If they’re in perfect condition, some of your Matchbox editions could be worth hundreds (and maybe thousands) of dollars. 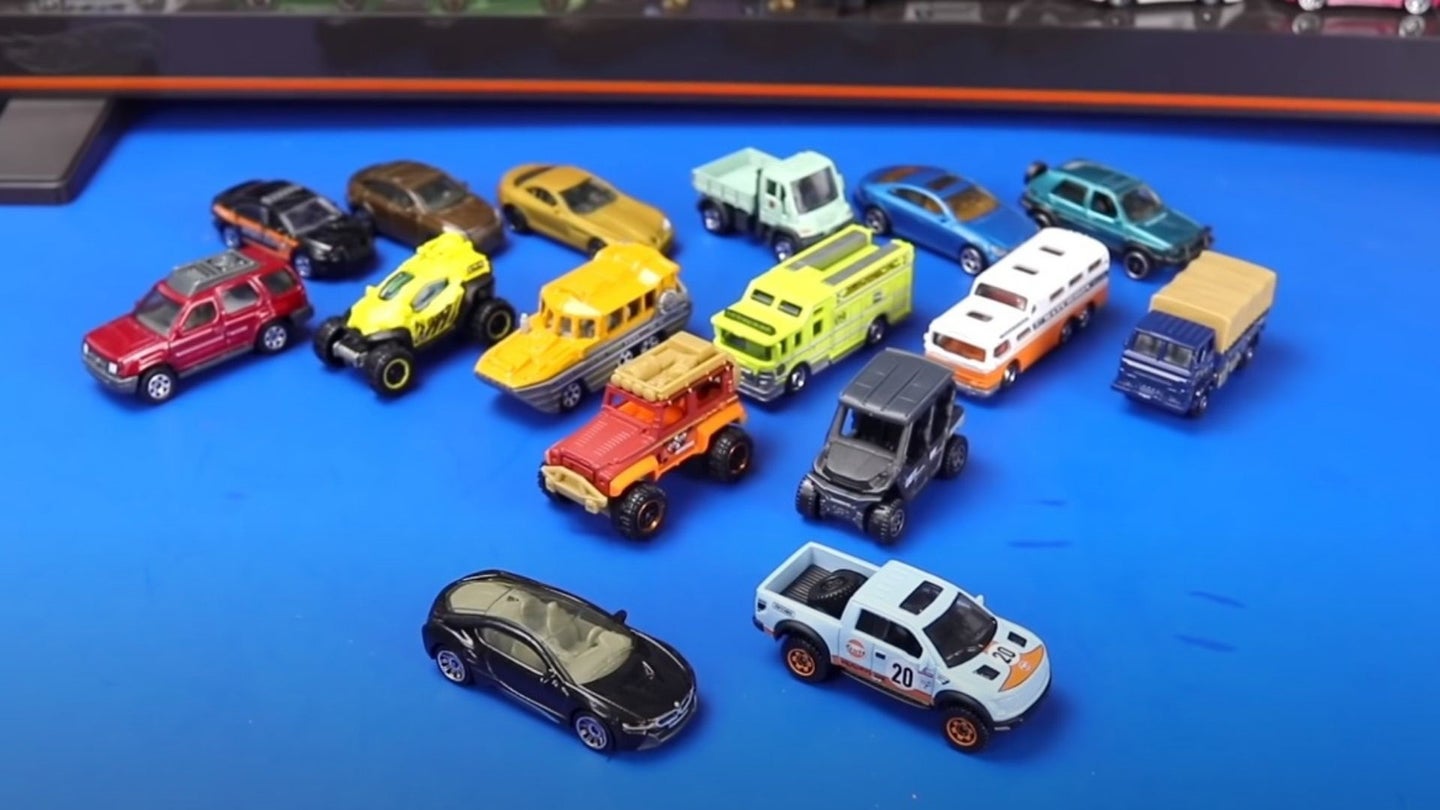 Several years ago, my son and I were playing with his toy cars and I thought it would be interesting to create slo-mo videos of the tiny vehicles doing loop-de-loops and flying toward my camera. I can’t say for sure which one of us had more fun but it might have been me.

Some of these vehicles have seen better days, and I don’t want to toss them in the trash but they’re too beat up to go to Goodwill. Mattel came up with an idea that saves these toys from the landfill and doesn’t cost you any money, either: the company’s PlayBack program was designed to recover and recycle them. All you have to do is print out a label and box them up.

In our house, we don't play with toy cars as much these days, but we still have a giant tub of Matchbox, Hot Wheels, and random plastic vehicles we found tucked into boxes of Cheerios. The ones we own aren't worth much, but there are a number of Matchbox models that could be worth thousands of dollars; especially if they were issued in the '60s and they're in great shape.

Maryland resident Bruce Pascal, for instance, owns 4,000 Hot Wheels toys. One of them is worth more than most full-size cars on the road at an astonishing $150,000; it’s an exceedingly rare 1969 Rear-Loading Beach Bomb in pink. Originally, the VW bus was designed with a surfboard sticking out of the back end, but users discovered that the weight balance was off and it didn’t zoom around the way kids wanted it to. The redesigned edition had the surfboard on top, which gave the tiny bus the mobility it needed. Only two were made in that color, and Pascal keeps his in a personal musem protected from light and dust, and he sometimes lends it out for display. Interestingly, he used to own both of them but he sold one to a friend.

To be realistic, most Matchbox and Hot Wheels cars won't fetch anywhere near that, even if they're pristine. But those toys probably cost you $1 each, at most, and even if you could sell them for hundreds more that is an achievement. In 2018, car insurance firm GoCompare put together a list of valuable toy cars that includes a one-of-two 1961 prototype of Matchbox's Magirus-Deutz Truck, then worth about $11,000. You may remember the 1980s show Magnum P.I. and Thomas Magnum's Ferrari 308; if you own the Matchbox version of that car, it could be worth upwards of $1,000 today. (Hawaiian shirt not included.)

As of today, PlayBack is available only in North America, but similar programs are readying for launch in France, Germany and the UK. As a company initiative, Mattel committed to using only recycled, recyclable, or bio-based plastic for all of their products by 2030; it’s starting with Matchbox, Barbie, and Mega toys to start.

Mattel isn’t just sandblasting the cars and repainting them, either. The materials will be recycled or downcycled as energy or packaging. Even if sustainability and recycling aren’t your thing, think about the storage space you’ll be clearing out. If you can bear to part with your old cars.

(UPDATE 5/24/2021 8:29 AM CT: The PlayBack program is available in the U.S. and Canada and similar programs are now launched in France, Germany, and the UK.)

Rare models whose original cost was less than a dollar may be worth thousands today.