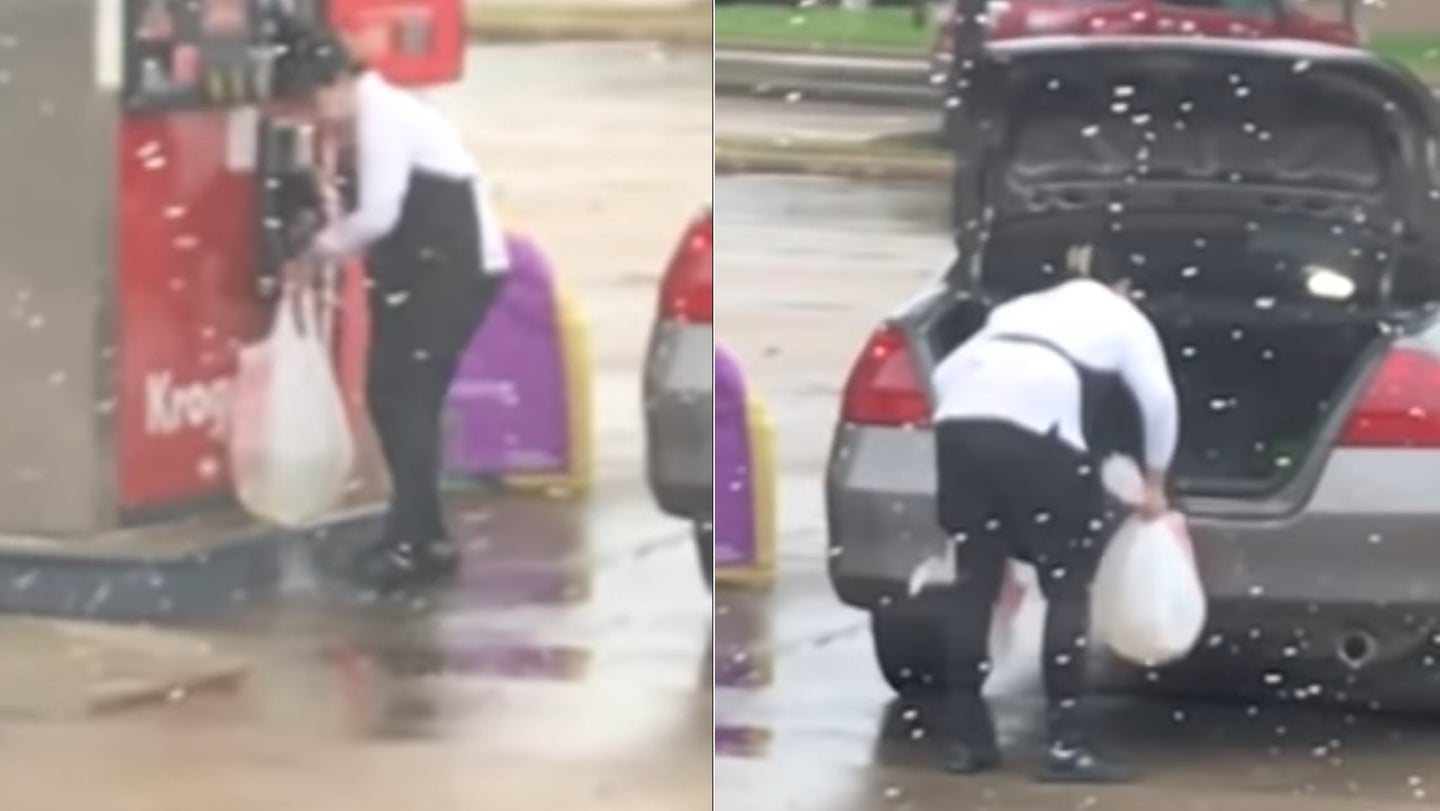 We here at The Drive know that the holidays are a stressful, budget-annihilating time, and you need to take advantage of cheap fuel when you find it. This, however, is not the way to do it.

Jason Rudison spotted this woman fueling up at the Kroger gas pumps in Houston, Texas, pouring gas into a plastic bag.

"Sorry for my bad video but what in the hell is this lady doing," Rudison posted on Facebook. (Hey, at least he got in front of the Internet's disdain for vertical videos.)

One catch: Gasoline is heavy! Naturally, this led to a blowout of the woman's first bag, spilling fuel all around the pump. That's when she double-bagged the first bag anyway and put it in her Honda Accord's trunk.

According to Rudison's wife Aisha on Facebook, the woman in the video was warned several times by a couple of other people around her not to fill the plastic bags with gas before Rudison started filling. So, I can't blame Jason for staying far away from this one. She should've gotten the hint from those warnings, and sometimes you just have to accept that you personally can't fix stupid.

Geekologie theorized that she's trying to use up her Kroger Fuel Points discount, although I suspect that she might just not have a gas can lying around. Either way, this is not the way to solve that problem. Only put fuel in approved containers—not plastic bags, not buckets and definitely not anything like that that could open or disintegrate.

While these appear to be Target bags in the video Kroger has our back on this. The company plans to phase out plastic bags from its grocery stores by 2025, according to the Associated Press.

Either way, can someone please replace all of this woman's gas-soaked trunk carpet and buy her a nice, purpose-designed fuel can for the holidays? You'd be doing everyone else on the road a favor.