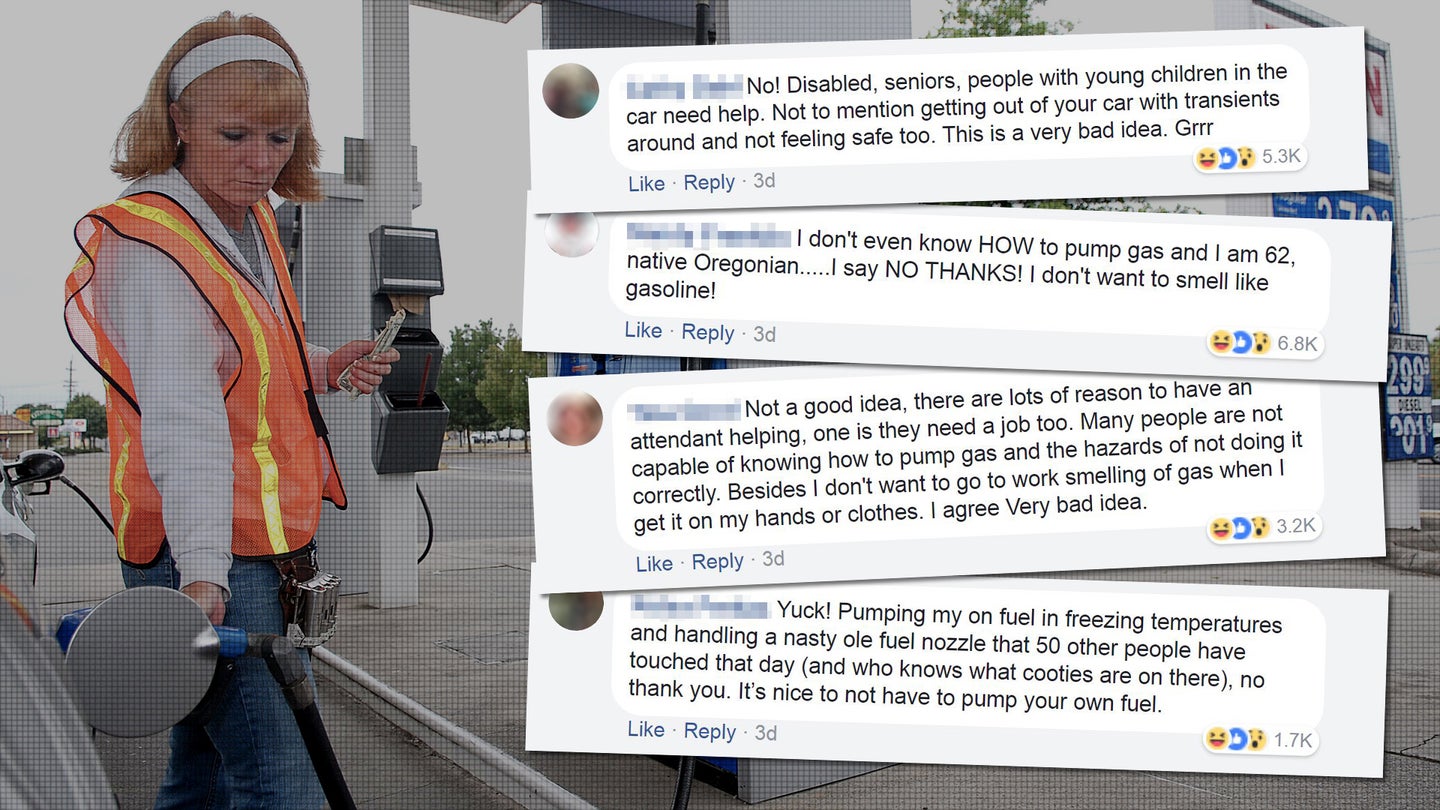 The new year is but two days old, and already we've got a nasty online debate on our hands. But don't worry, this isn't about politics. No, follow along to the Pacific Northwest, where the fine people of Oregon are having themselves an internet freak-out for the ages over the prospect of having to pump their own gas. The horror.

Up until January 1, 2018, Oregon was one of two states—the other being good old New Jersey—that required every filling station be staffed by attendants who pump your gas for you. But last spring, the state legislature passed a law allowing gas stations in rural counties with less than 40,000 residents to abandon the full-service model and let customers man the pumps themselves. The new law went into effect on Monday.

We should stop here to point out a key word above: Allowing. Station owners are under no obligation to ditch their attendants, nor are they required to let drivers pump their own gas. It's just an option. The full-service gas station seems to be a surprisingly strong part of the Oregonian identity, and the Associated Press could only find a "handful" of stations who were planning on making the switch to self-serve.

But that's not enough for the angry online hordes, who can smell a slippery slope from a mile away. When local CBS affiliate KTVL posted an online poll asking residents if they thought the law should be expanded statewide, the comments blew up with Oregonians aghast at the thought of having to dirty their hands with the dangerous work of pumping gas.

Their complaints and concerns range from smelling like gasoline to spontaneous combustion, but they're all hilarious in their complete disregard for the fact that the vast, vast majority of drivers in the world manage to fill their own tanks on a regular basis without dousing themselves in fuel or setting their car on fire. Have a look below:

That last one is our personal favorite. "I don't even know HOW to pump gas... I say NO THANKS!" Fear not, concerned Oregonian. If the reactions of your compatriots are any indication, full-service in your state is still here to stay—law or no law.