The Last American Hero has finally left us. 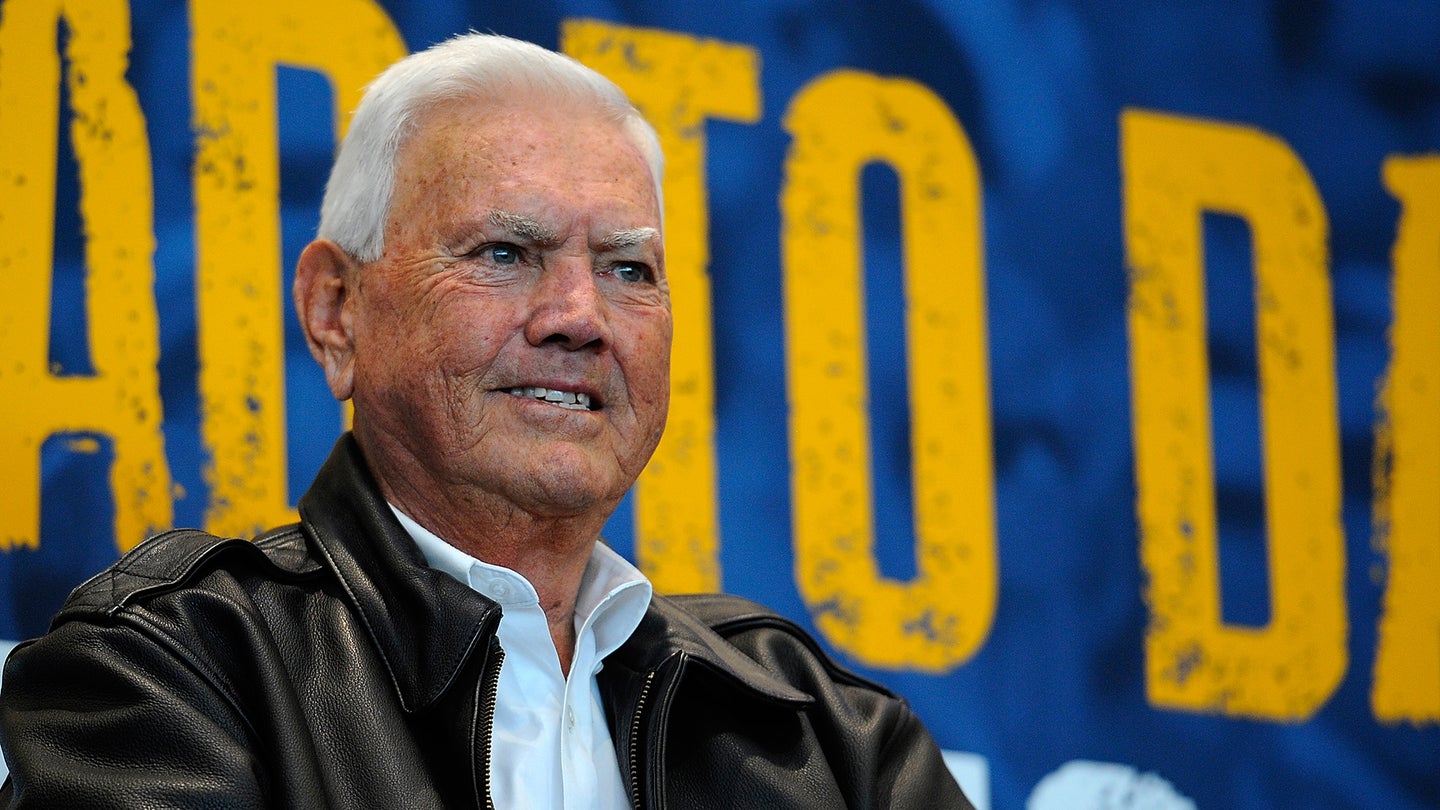 Junior Johnson, a NASCAR legend whose racing career started in moonshine runs and ended with him as one of the all-time greats, has passed away at 88 years old.

Born Robert Glenn Johnson Jr. into a family of bootleggers, he grew up making hundreds of midnight runs across the south with bottles of hooch in his car like many of his American stock car racing contemporaries. Johnson joined the fledgling NASCAR series in 1955 and won five races in his freshman debut. He’d finish sixth overall. A year later, Johnson was arrested and sentenced to a year in prison for operating an illegal still.

After his stint in jail, Johnson returned to NASCAR and promptly took 50 overall victories in the sport’s top tier division, as well as countless other wins in other disciplines and series’. In his day, Johnson was known for his do-or-die attitude where nothing but winning mattered, which likely stemmed from his whiskey-running days. Johnson even copped to his attitude in an article with the Associated Press, saying “The good whiskey runners were kind of cocky about it, like good race drivers. I guess I was pretty cocky.”

Johnson’s driving style even caught the eye of essayist Tom Wolfe, who penned a 1965 article about Johnson titled, “The Last American Hero is Junior Johnson. Yes!” for Esquire in which the opening line reads, “He is a coon hunter, a rich man, an ex-whiskey runner, a good old boy who hard-charges stock cars at 175 m.p.h. Mother dog! He is the lead-footed chicken farmer from Ronda, the true vision of the New South.” The article would later spawn a movie starring a young Jeff Bridges.

The driver would retire in 1966 and then become a team owner, a staple among the NASCAR paddock until the team disbanded in 1996. In the interim, Johnson was pardoned by then-President Ronald Reagan in 1986. He was inducted in the Motorsports Hall of Fame in 1991 and then the NASCAR Hall of Fame in 2010.

Later in his life, Johnson would return to his familial roots and teamed up with Piedmont Distillers out of Madison, North Carolina to introduce a new moonshine product called Midnight Moon. According to Junior, it was distilled just like how his ancestors did and followed his family’s recipe, saying, “Smoother than vodka. Better than whiskey. Best shine ever."

“Junior Johnson truly was the ‘Last American Hero.’ From his early days running moonshine through the end of his life, Junior wholly embodied the NASCAR spirit. He was an inaugural NASCAR Hall of Famer, a nod to an extraordinary career as both a driver and team owner," Jim France, NASCAR’s CEO and son of the sport’s founder Bill France, said. "Between his on-track accomplishments and his introduction of Winston to the sport, few have contributed to the success of NASCAR as Junior has. The entire NASCAR family is saddened by the loss of a true giant of our sport, and we offer our deepest condolences to Junior’s family and friends during this difficult time.”