Take Your Kids to a NASCAR Race For Free

America’s most popular racing series will begin offering no-cost admission to all fans 12 years of age and younger. 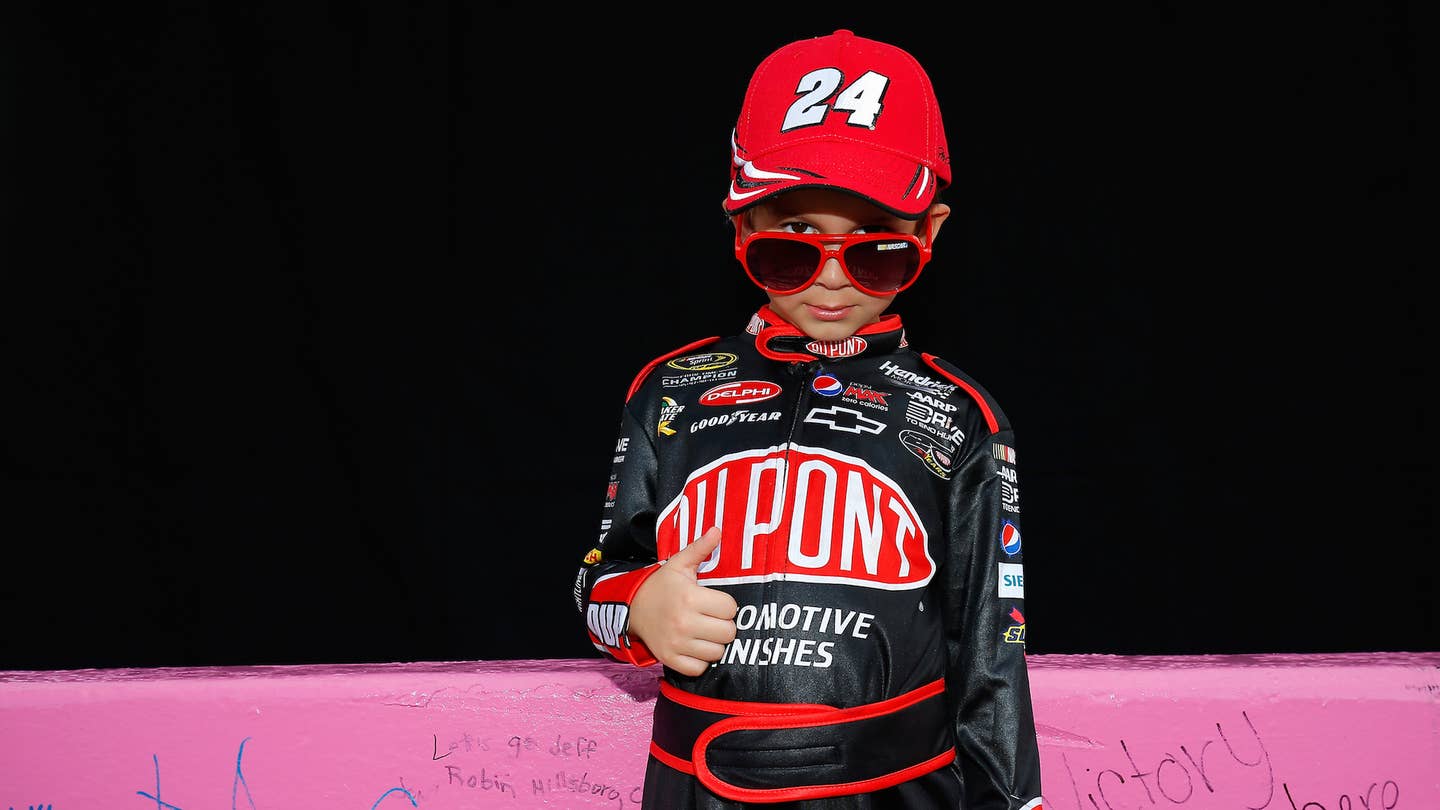 Habits formed during childhood are tough to break. Due to recent initiatives, the current generation of American kids will be eating better, getting outside, and exercising more than their parents. To balance out those routines, and keep today’s youth from becoming leaf-eating, lily-livered pacifists, NASCAR has launched a new program: Free admission for kids.

The deal was announced Monday during a press conference at the NASCAR Hall of Fame in Charlotte, North Carolina. Starting next season, fans 12 years of age and younger will be allowed into all Xfinity Series and Camping World Truck Series races free of charge. Parents still have to pony up for kids tickets to Sprint Cup races, along with the requisite t-shirts, commemorative hats, and trips to the Dippin’ Dots cart. Also a continuous stream of $11 draft beers, mostly in an effort to forget how much they’ve just spent on crappy ice cream and souvenirs. (Vicious cycle, that.)

In all seriousness, though: No-cost entry for fans 12 and under is a sweet deal. It’s a shrewd move on the part of NASCAR, too. Attendance has been in steady decline for years now; Richmond, Talladega, Daytona, Dover, and Charlotte, basically a roll-call of the sport’s premier venues, have all removed grandstands, largely due to lack of demand. Much of NASCAR’s meteoric rise during the early aughts can be attributed to its family-friendly atmosphere. Making kids tickets for support races free is a step toward restoring that status, when blue collar parents burned disposable income at Bristol or Darlington instead of the movie theater or a sit-down restaurant. And if a few more red-blooded American race fans come of it, hey, that’s even better.