Let it Snow: Watch an Onboard Lap of Watkins Glen International in Fresh Powder

Santa Claus is so jolly because he gets to do this at every snowy track on Christmas Eve. 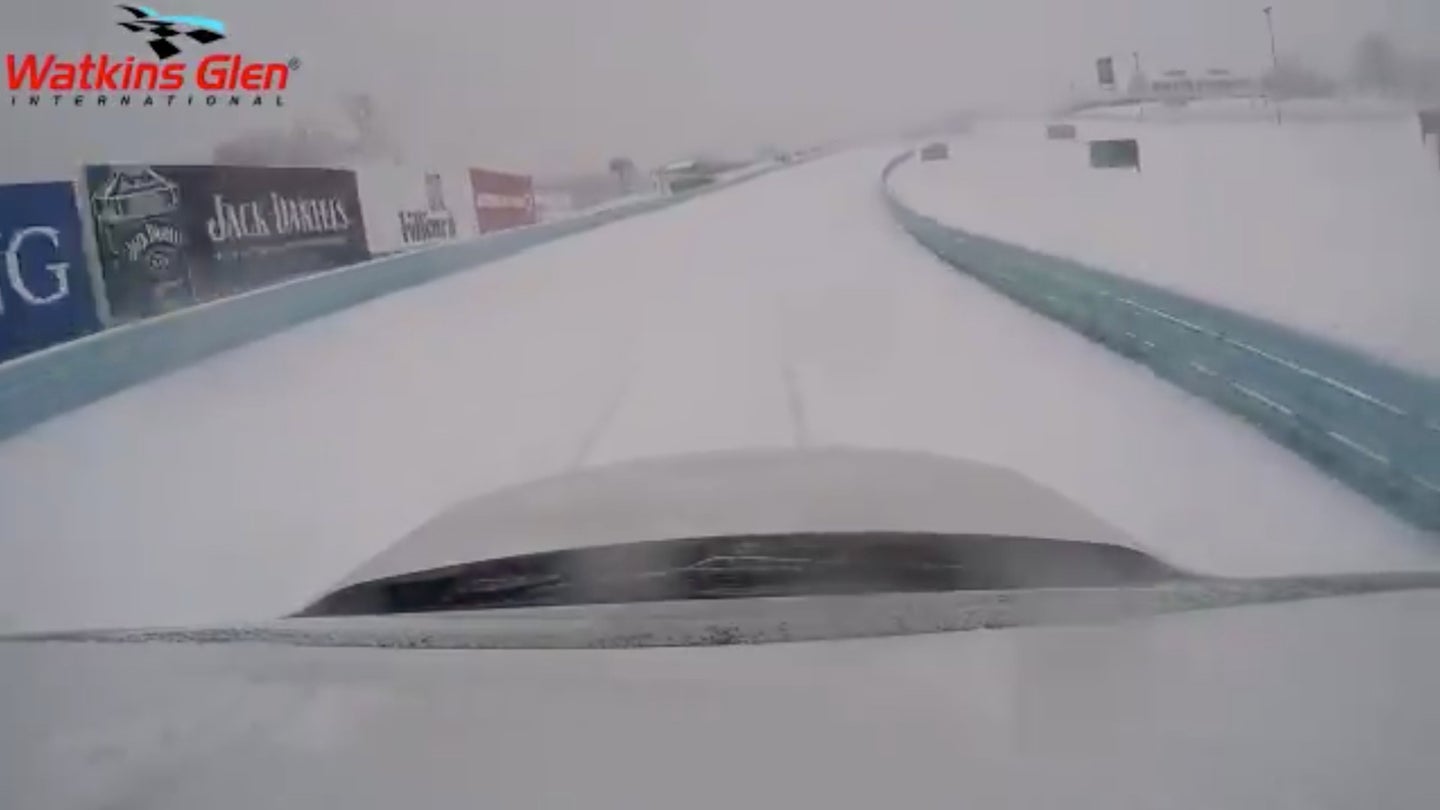 Everyone has a seemingly unfulfillable fantasy or two. Climbing Everest, being the next Leonardo da Vinci, or meeting the love of your life while traveling a foreign country. Everyone who writes for The Drive, however, shares the common dream of doing lap after lap of a snowy racetrack, and we're glad to share that some lucky soul has done just that at New York's famous Watkins Glen International.

Located in upstate New York, Watkins Glen is an FIA Grade 2 race circuit that's been in operation since 1956. What some call "The Glen" has the seventh-most up-and-down of any track in the United States according to Right Foot Down, with 141 feet of elevation change. Many of its fast, sometimes on-camber corners can be taken flat in just about anything with wheels, and in something really fast like an IndyCar, you can cover its full 3.4-mile length in as little as 1:22 or so, at an average speed of over 148 miles per hour. Of course, how much fun a lap can be isn't always measured by time but rather how you go about completing it, and sliding through fresh snow is one of the best ways, as the video below shows.

One can tell that the driver of whatever vehicle is being driven is really hustling given the conditions, and going by the tracks in the snow, this wasn't their first time around the track that day. While we're inclined to say someone should track the record for fastest lap of The Glen in the snow, the above certainly wouldn't win it. We're dead certain that on his annual trip through Watkins Glen, Santa Claus checks to see if it has snowed over, and if it has, he has a crack at a lap record that he no doubt owns, all the while singing to himself...