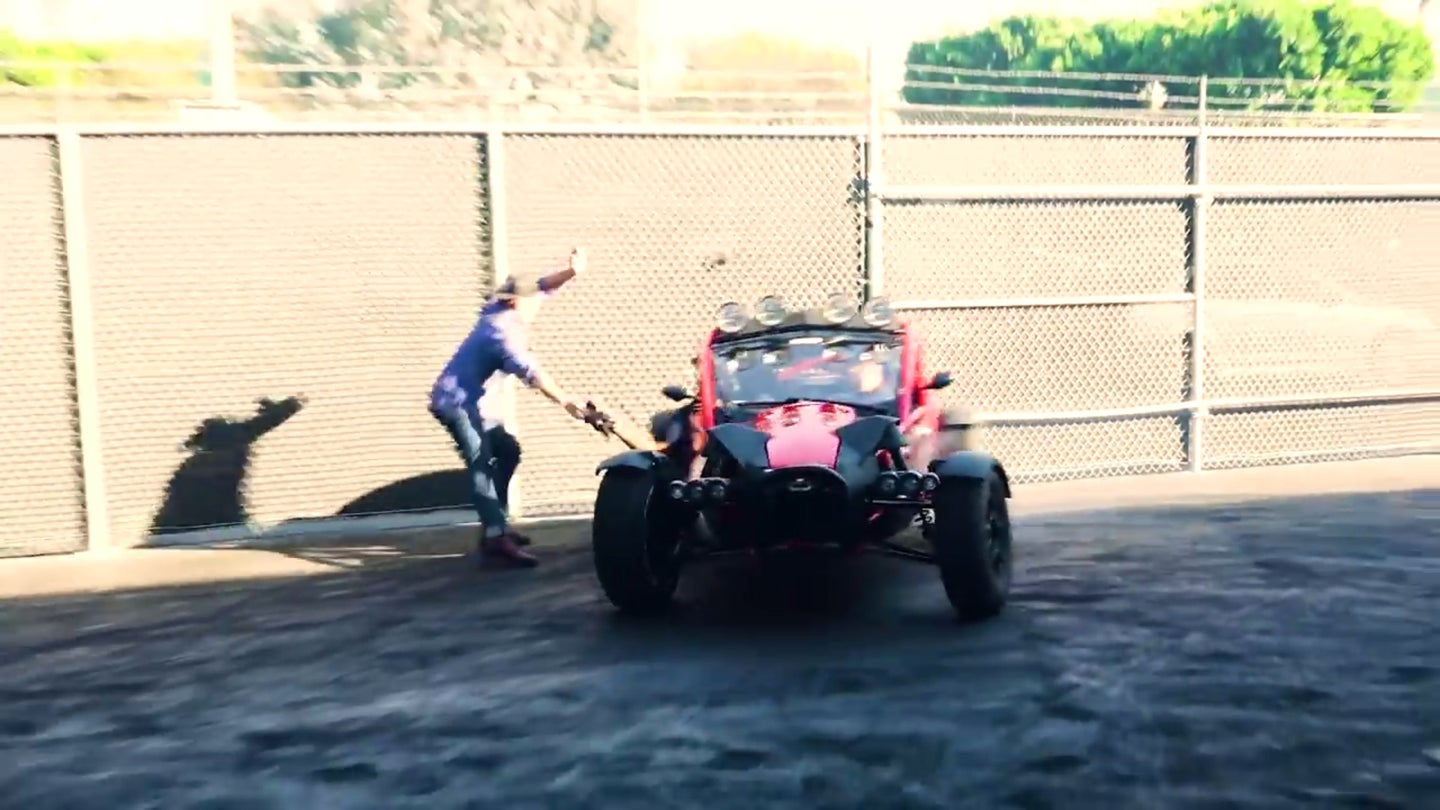 If you have been following Hoonigan's YouTube channel and have seen their daily show Daily Transmission, you know that the Hoonigans do not turn anyone away if the car is interesting. They have had Formula Drift cars, Trophy Trucks, Pike's Peak raced cars, Time Attack cars, even a cute little girl sliding around in her Power Wheels. But in one recent episode of Daily Transmission, something abnormal appeared: an Ariel Nomad.

The Ariel Nomad is the off-road cousin to the Ariel Atom, Ariel's street-legal track weapon. It may share its appearance with the Atom, due to its tube frame appearance, but the Nomad is its own car. The Nomad comes in two options: Tactical and Sport. (Hoonigan's visitor was the Tactical model.) The car features a Honda 2.4 liter i-VTEC engine mated to a six-speed manual gearbox. The model that visited Hoonigan had a supercharger equipped to it, which brought the power up to 300 horsepower up from the 230 horsepower you get stock from Ariel. The Nomad's suspension features adjustable JRi Dampers with remote reservoirs and double unequal length fabricated wishbones. To stop all that go, the Atom comes with Alcon four piston calipers which stop the Nomad's TDM Rally Spec wheels wrapped in BFGoodrich Mud-Terrain T/A tires. This little monster only weighs just over 1,700 pounds, so it's damn quick.

This particular Nomad is owned by David Gross, and he came to Hoonigan with the purpose of letting the Hoonigan crew thrash around in his Nomad. And boy...are we glad he did.