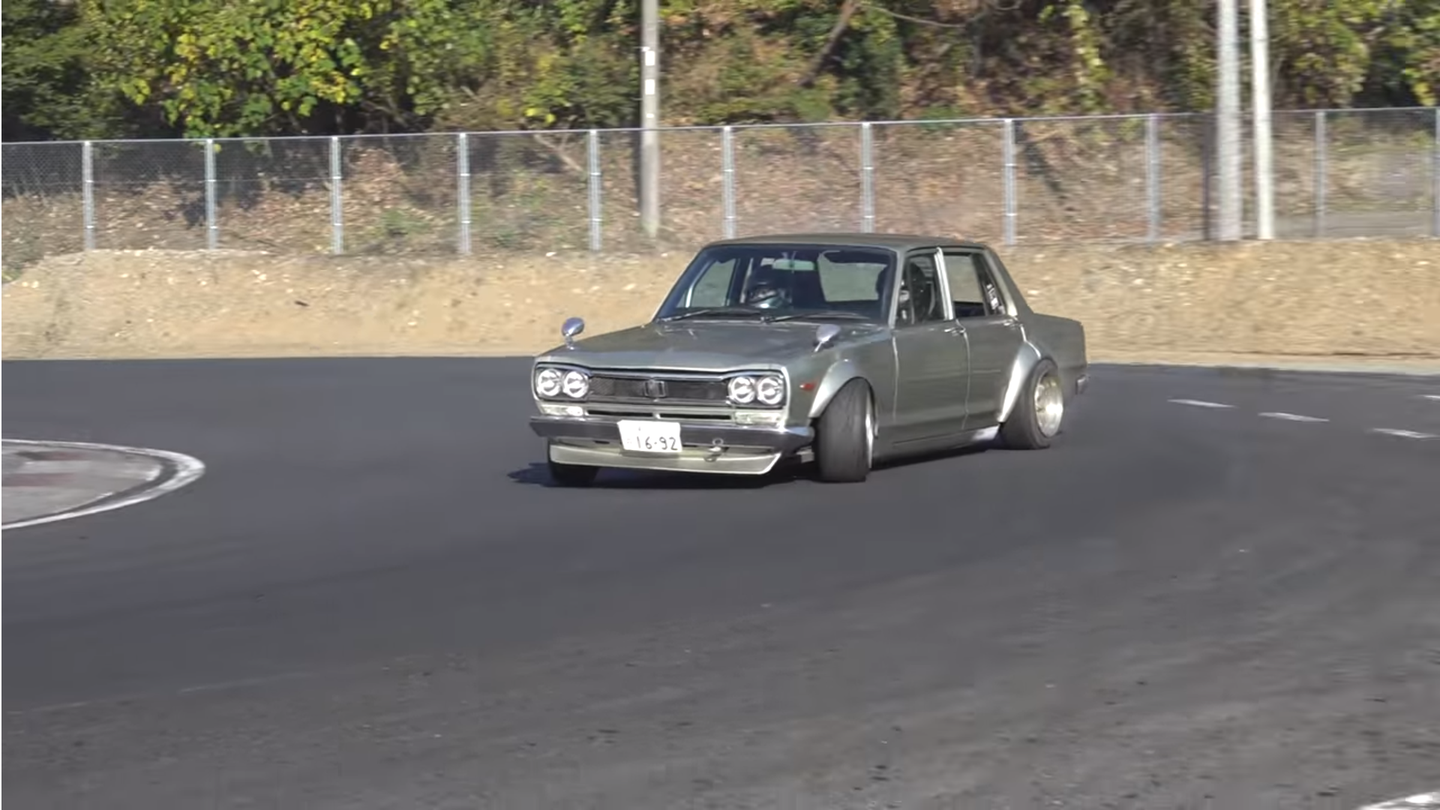 The world-renowned Nissan GT-R moniker needs little introduction. The GT-R's ability to punch above its weight was recognized from the get-go when the original Nissan C10 Skyline 2000GT-R was developed to compete in the Japanese Grand Prix series and racked up more than 50 overall wins in its three-years of competition. Affectionately known as the "Hakosuka," which translates to "boxy Skyline," an exceedingly rare H/T 2000GT-R example sold for $242,000 at a Monterey auction in 2014.

Given its scarcity and desirability, it's totally understandable that Hakosuka owners will want to preserve their cars as much as possible; loan it to a museum, tuck it inside a climate controlled garage, lock it away in a time capsule. Surely, no one would convert the iconic relic into a drift car and thrash it around the track. But that's exactly what one owner did.

Alexi Smith of YouTube channel Noriyaro took us to the Nikko Circuit to share Shin's rad GC10 that has been converted for drifting. And although his four-door Hako isn't the coveted GT-R, it's still genuinely shocking to see such a classic violently thrown around corners. Underneath the hood is a familiar period-correct L series engine, but everything else has been curiously modified—S13 steering column, full S13 suspension setup, which even includes an S13 rear subframe conversion.

Despite the custom running gear, Shin's Hakosuka is surprisingly still road legal, which means he can spend a day at the track and drive right home.

Alexi got an opportunity to take the Hakosuka out on the Nikko circuit and sit in a ride-along. Check out the sick Noriyaro footage in the video below: