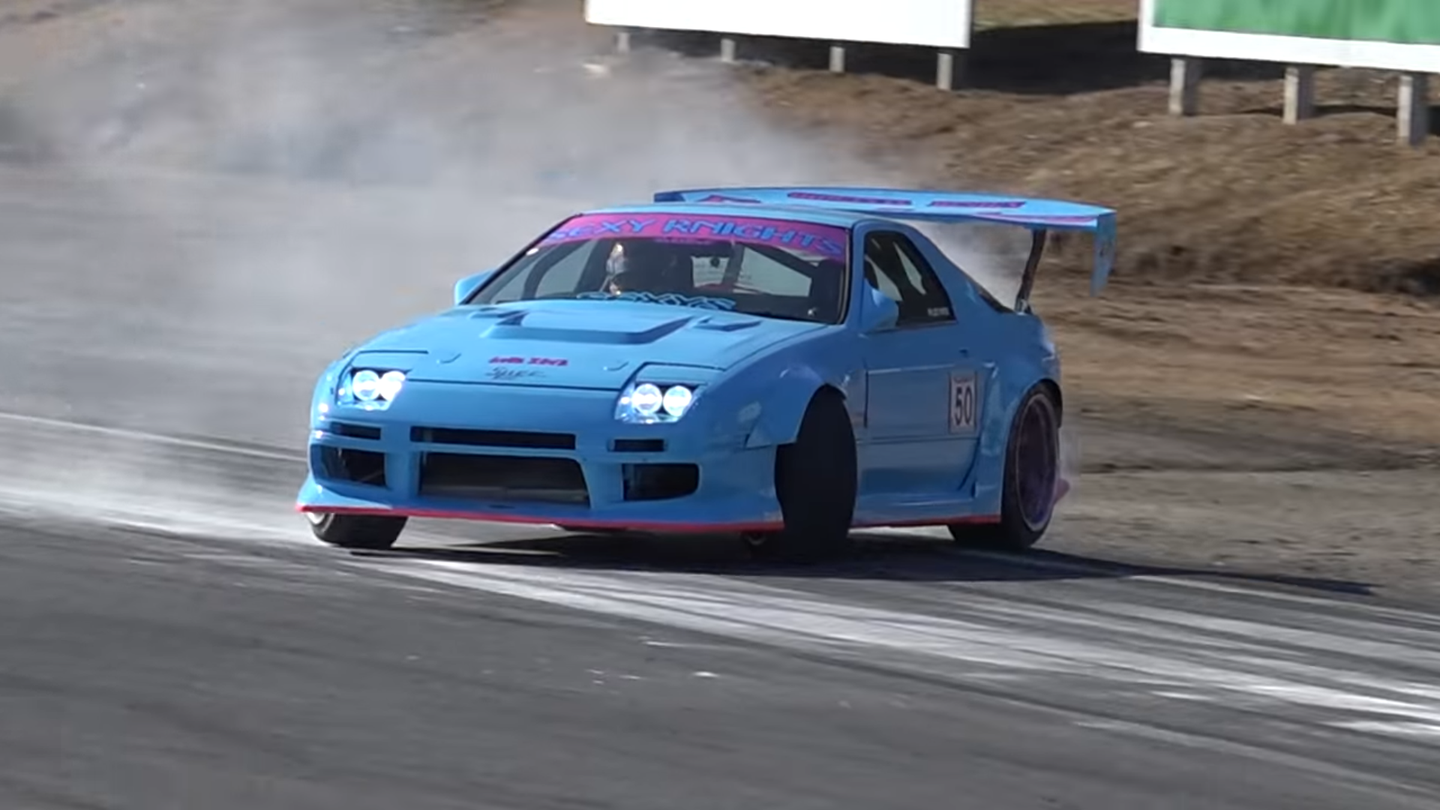 Halfway between Tokyo and Yokohama is Ooi Futo, a port in Tokyo Bay, which features wide roads normally used for trucks. In the '90s, the wide roads also became notorious from something else – wicked manji drifts the locals call Sanpatsu, or three-motion. You can check out the vintage '90s footage here.

Like all illegal street drifting in Japan, it started out with just a bunch of kids that wanted to have fun. But Ooi Futo Sanpatsu would become lore, eventually spreading north of Tokyo, where Nikko Circuit in Utsunomiya now holds a drift competition called Ooi Ichi Ura Sanpatsu Ketteisen, which roughly translates to Ooi #1 Three-Motion Deciding Battle. From the latest video from renowned YouTube drift channel Noriyaro, Australian dorifto otaku Alexi shows us around Nikko and gives us a cool look at the drifting competition:

The Sanpatsu battle format sounds pretty simple on the surface, but these drifters have to commit to some really high-speed transitions if they are to even have a chance of clearing Nikko's straight. And while it's definitely fun to watch the skills of these drifters in Japan, it's equally interesting to see all the awesome builds.

We have the Sexy Knights FC3S rocking the classic street-style Uras body kit with custom fender flares as well as plenty of S13 drift missiles in varying conditions, but what I really find interesting are the vast number of Toyota Chasers, Mark IIs and Crowns. One of the guys at Nikko include Team Fool's Okajima San and his Verossa JZX110. Alexi calls him the "King of Sanpatsu" and his demo run is certainly righteous. The car's ugly as sin, but hey, who can complain about that sturdy 1JZ under the hood?

By far the most interesting car on the track was a Mark II Blit wagon with a Lexus IS front-end conversion. For some reason, rear-wheel-drive wagons are always instant favorites among car enthusiasts. However, the car that I ultimately fell in love with most is this clean Mark II at the 9:10 mark. If the stars align, I hope to import one from Japan in four years time!