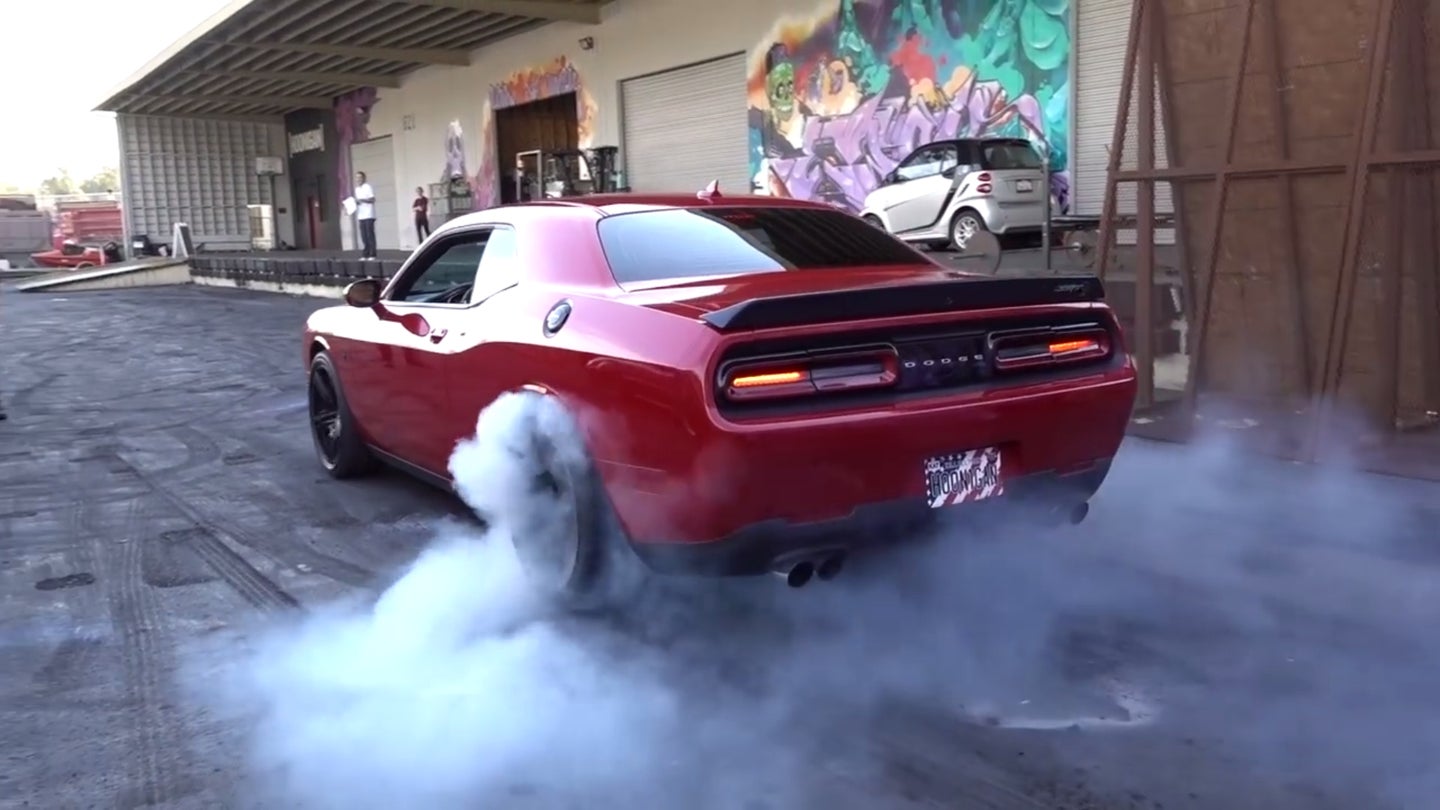 Leah Pritchett is a drag racer who drives in the National Hot Rod Association Top Fuel class with Don Schumacher Racing. She is known for making the fastest pass in NHRA history. During that fastest pass, she achieved 330.63 mph in 3.64-seconds at Brainerd International Speedway in Lucas Oil NHRA Nationals during a qualifying round. Pritchett stopped by Hoonigan's Donut Garage for the recent episode of Daily Transmission in a 707 horsepower Dodge Challenger Hellcat to have some fun.

This was not the first time she visited Hoonigan. Pritchett was the first guest of Daily Transmission's sister series A BREW WITH. If you want details on her history and some of her favorite things go check out her A BREW WITH episode, but basically she drives an 11,000 hp drag car very fast. She also previously came by the Hoonigan Donut Garage before it had its current show line up to lay black lines on Hoonigan's dock just for fun.

The video begins with Pritchett joking around with Hoonigan's Hertech "Hert" Eugene Jr., Jon Chase, and Steven Kikawa. They talk about the car a little which she drives in the snow on occasion. It has been spiced up a few parts which Pritchet calls the "Khalessi-line". More Hoonigan fun occurs in the video such as foot racing and Hert even bench presses Pritchett.

Eventually, Pritchett gets down to the point of why all people visit Hoonigan, to have fun in cars. She hops in the Hellcat to "Space Race" an RX7 built by John Vargas. A Space Race is when two cars line up at the Donut Garage and race from the beginning of a container to the end of the container. I will not spoil the outcome, but it will surprise you.