The great holiday migration has begun. 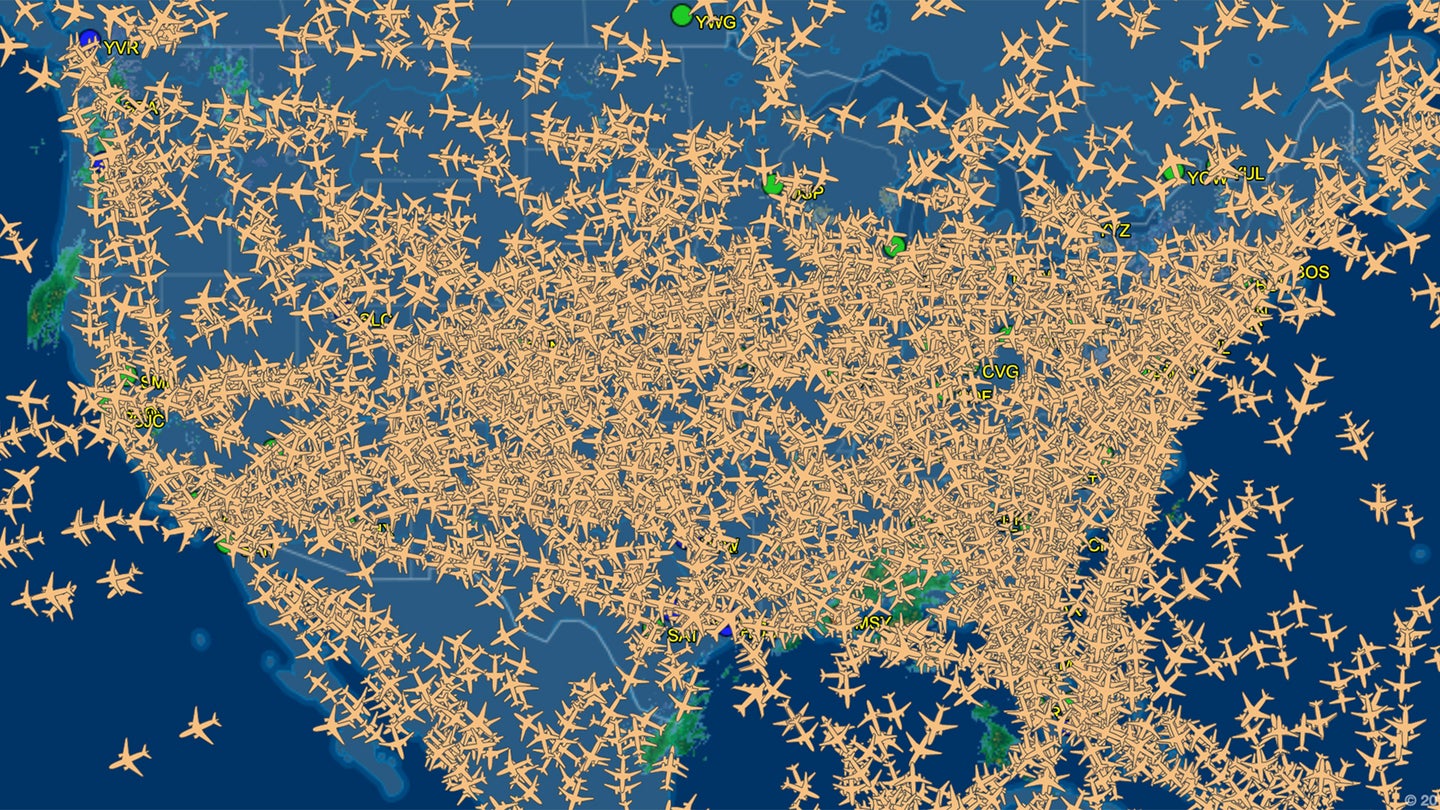 Look up—if you're in the continental United States, chances are there's a commercial flight somewhere overhead full of travelers heading home (or fleeing it) for the holidays. With Hanukkah beginning on Sunday night and Christmas on Wednesday, AAA anticipated we could see a record 116 million Americans—that's a full third of the country's population—on the move this weekend. So far the highways are relatively clear, but the sky is another story.

FlightAware.com is a live tracking service that many travelers use to either keep tabs on a loved one's flight or see through a gate agent's lies about a late plane being "just a few minutes out." It also offers a big-picture view showing each of the 11,900 commercial aircraft currently airborne around the globe. On a day like today, zooming out to look at the entire U.S. reveals an anxiety-inducing mash of thousands of squirming plane icons. It seems impossible there could be that many planes in the sky, even though the icons are obviously not to scale, but believe it—this map is real.

The timing and overlap of the holidays this month created something of a perfect storm for people to hit the road or take flight en masse. It's interesting to see where the most people are headed—Florida looks to be filling up fast, and there's a constant conveyor belt of New York-to-Los Angeles flights.

Of course, all those planes aren't literally blotting out the sun. Zoom in and you'll see that the skies are in fact big enough to contain all those planes at cruising altitudes while they maintain the proper separation mandated by law: 1,000 feet vertically, and at least 10 nautical miles horizontally.

The crush of flights this weekend has already led to some pretty long security lines at certain airports, even for TSA Pre passengers. Philadelphia in particular saw one checkpoint line stretch far back into the main terminal with at least 100 people stuck on Friday. The TSA issued a warning ahead of this week saying that long wait times were expected nationwide, but so far it doesn't seem like the country's airports are descending into chaos.

If anything, extremely busy travel days like today should make us appreciate the unseen systems like air traffic control that make modern air travel possible—whatever indignities it throws at us, the fact that millions of people can hopscotch around the country to see or flee family in a safe, relatively on-time manner this week is something of a minor miracle.