This Boeing 787 Just Set a Record for the Longest-Ever Passenger Flight, Thanks to Virus

Sudden airport restrictions and a half-empty plane meant flying from the South Pacific to Paris in a single shot. 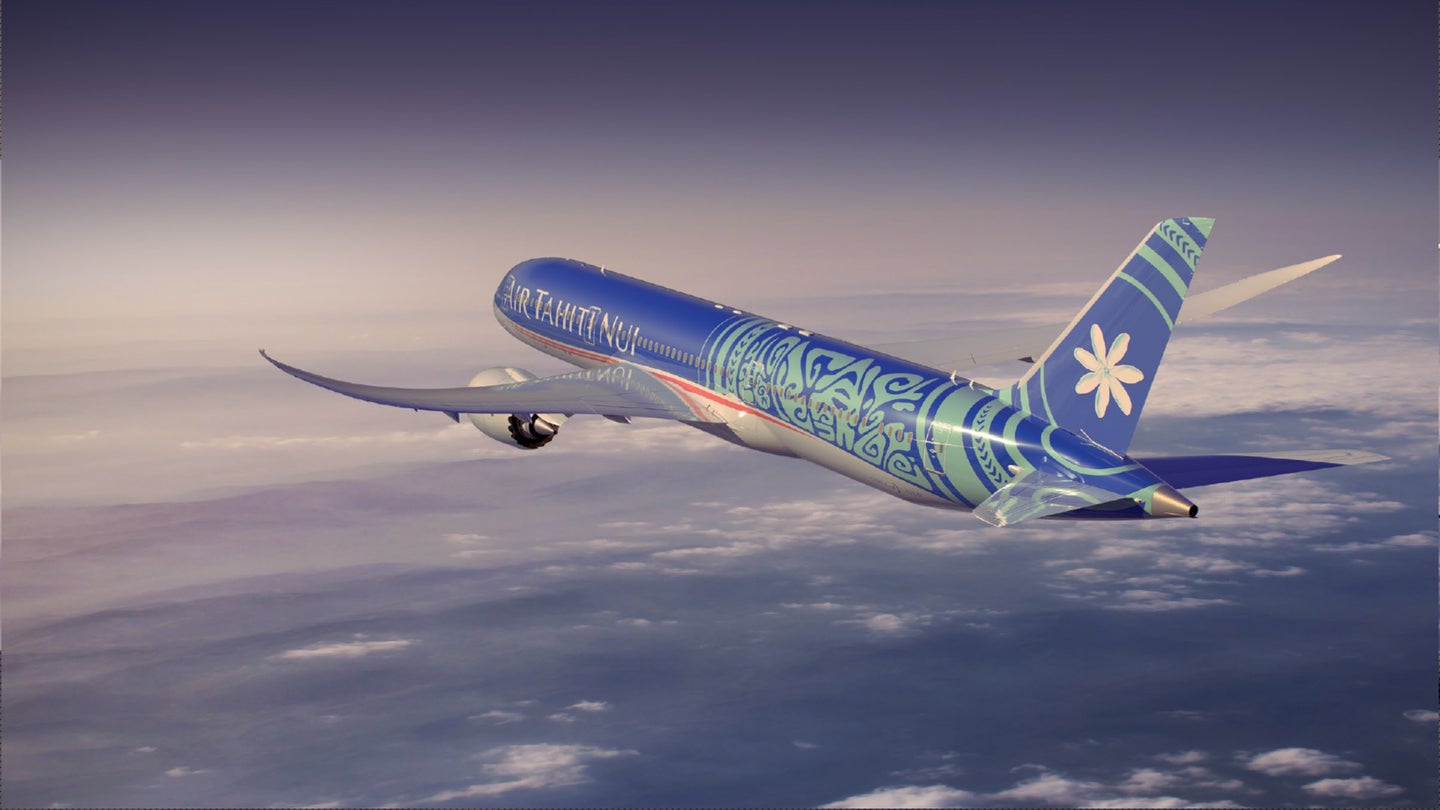 The coronavirus outbreak has the travel industry halted in its tracks. Flights are being canceled over lack of passengers, and crowded airports are packed with travelers waiting hours for COVID-19 screenings. But when things look bleak, someone has to brighten the skies, and that's exactly what one flight did over the weekend when it set a new world record for a nonstop passenger flight at over 9,700 miles while dodging airport restrictions between the South Pacific and Paris, France.

When Air Tahiti Nui flight TN064 set off from Tahiti on Saturday, it started like any other, albeit with significantly fewer passengers than normal. However, when the Boeing 787—affectionately called the Tahitian Dreamliner—landed in Paris, it set a record for traveling the longest-ever scheduled flight by distance.

In total, the flight covered 9,765 miles of airspace non-stop, a feat that typically takes 18 hours and 45 minutes. TN064 smashed that time as well, with its "reinforced crew" of four pilots completing the journey in just under 16 hours.

As you may have guessed, the travel industry isn't in great shape right now. Flights and other public-facing transportation have had a significantly lower take due to the outbreak of COVID-19. Similarly, TN064 was reportedly "nowhere near full,” meaning its travel plan would no longer require refueling as normally anticipated. The plane's crew then made the decision to bypass a layover in LAX and fly the full stretch.

In setting this new record, TN064 takes down Singapore Airlines’ regularly scheduled flight from Singapore to Newark which measures 9,534 miles, according to CNN.

Last year, an Australian-based company outpaced TN064 in an experimental flight as part of the airline's non-stop Project Sunrise initiative. This resulted in a flight from London to Sydney covering 11,060 miles over the course of 19 hours and 19 minutes. However, because the flight had no fare-paying passengers aboard, it didn’t qualify for the crown.