Nothing like a little breeze at your airliner's back to make it look like you're going supersonic. 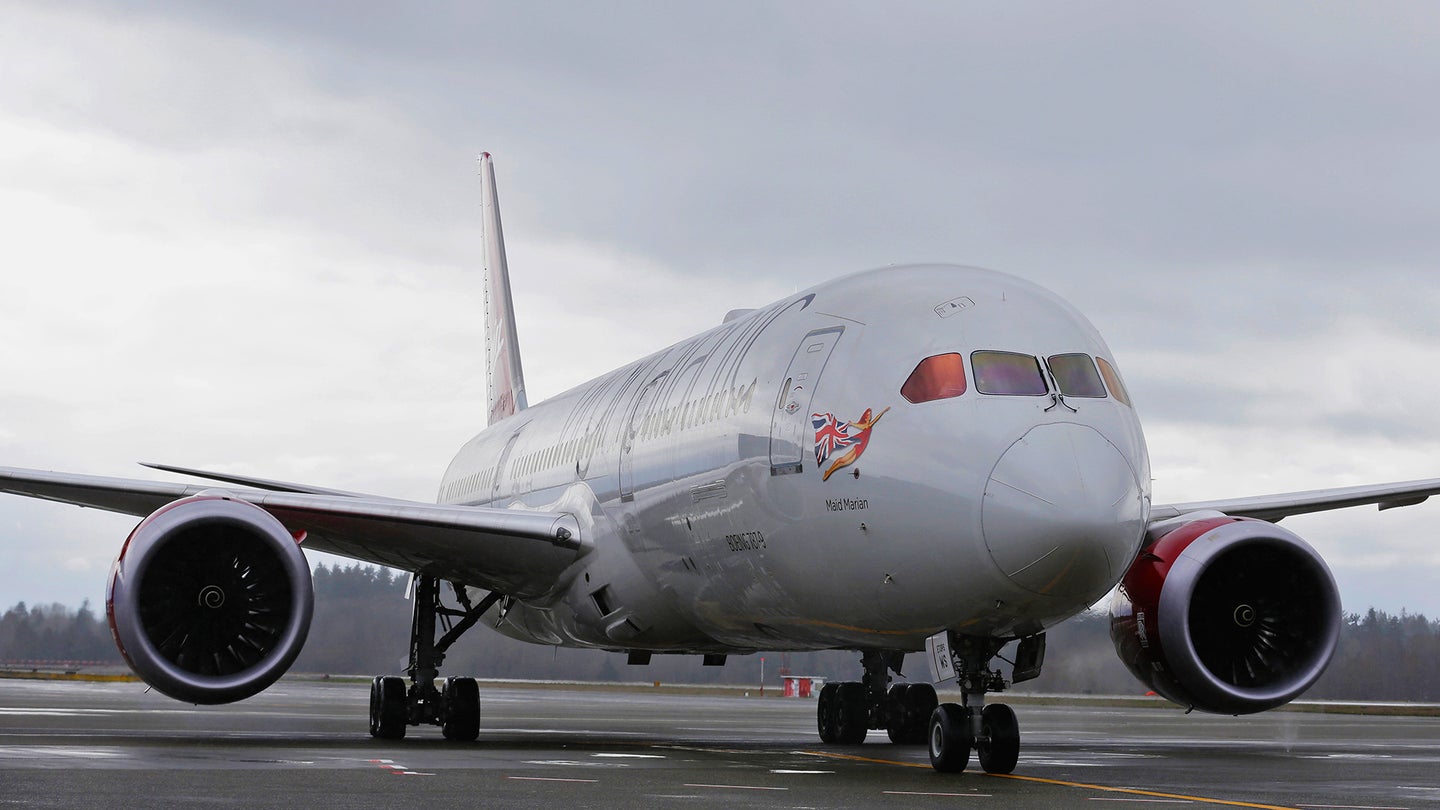 Who needs the Concorde, anyway? On Monday, somewhere over northern Pennsylvania, a Virgin Atlantic-flown Boeing 787 Dreamliner traveling from Los Angeles to London managed to go where few commercial planes have gone before: to a speed of 801 miles per hour.

As The Washington Post brought to light, pilots and aviation nerds were a-twitter about the Boeing's speed last night, taking to journalism's favorite social medium to broadcast their delight at seeing the giant numbers appear.

There is, of course, a catch: that 801-mph Vmax was the plane's ground speed, or the rate at which it was passing over the chilly landscape of PA below.  As far as the 787 was concerned, however, it was still well within the performance envelope it was designed for, zipping along close to its established cruising speed of around 560 miles per hour.

How? It's a matter of airspeed versus groundspeed, of course.

Groundspeed, as it sounds like, is how fast a plane appears to be traveling from the vantage point of an observer on the solid, unmoving ground below. If you were the Flash and wanted to keep pace with the 787 above you yesterday, you'd have to be running along at 801 miles per hour to match it. Airspeed, on the other hand, is how fast a plane is traveling compared to the air around it—for example, how fast it might look to a balloon floating along in the same air. In the case of yesterday's speeding Dreamliner, that wind was a jet stream current flowing from west to east at faster-than-normal speeds; as The Washington Post pointed out, a weather balloon lofted from central Long Island's Upton, New York clocked the jet stream yesterday at a record 231 miles per hour. With wind that strong at the aircraft's back, even a 225-ton 787-9 can pick up a nice speed boost—in this case, enough to push it to speeds never before seen for its type, at least from the ground.

So from the perspective of the FAA's ground-based tracking systems, the Virgin Boeing would seem to be going supersonic over the Northeast, while the passengers and crew would have felt as though their plane was cruising along at a nice happy Mach 0.85 or so. Until, that is, they landed at London Heathrow's Terminal 3 at 8:22am local time Tuesday, 48 minutes ahead of schedule.