With a little help from a massive tailwind, of course. 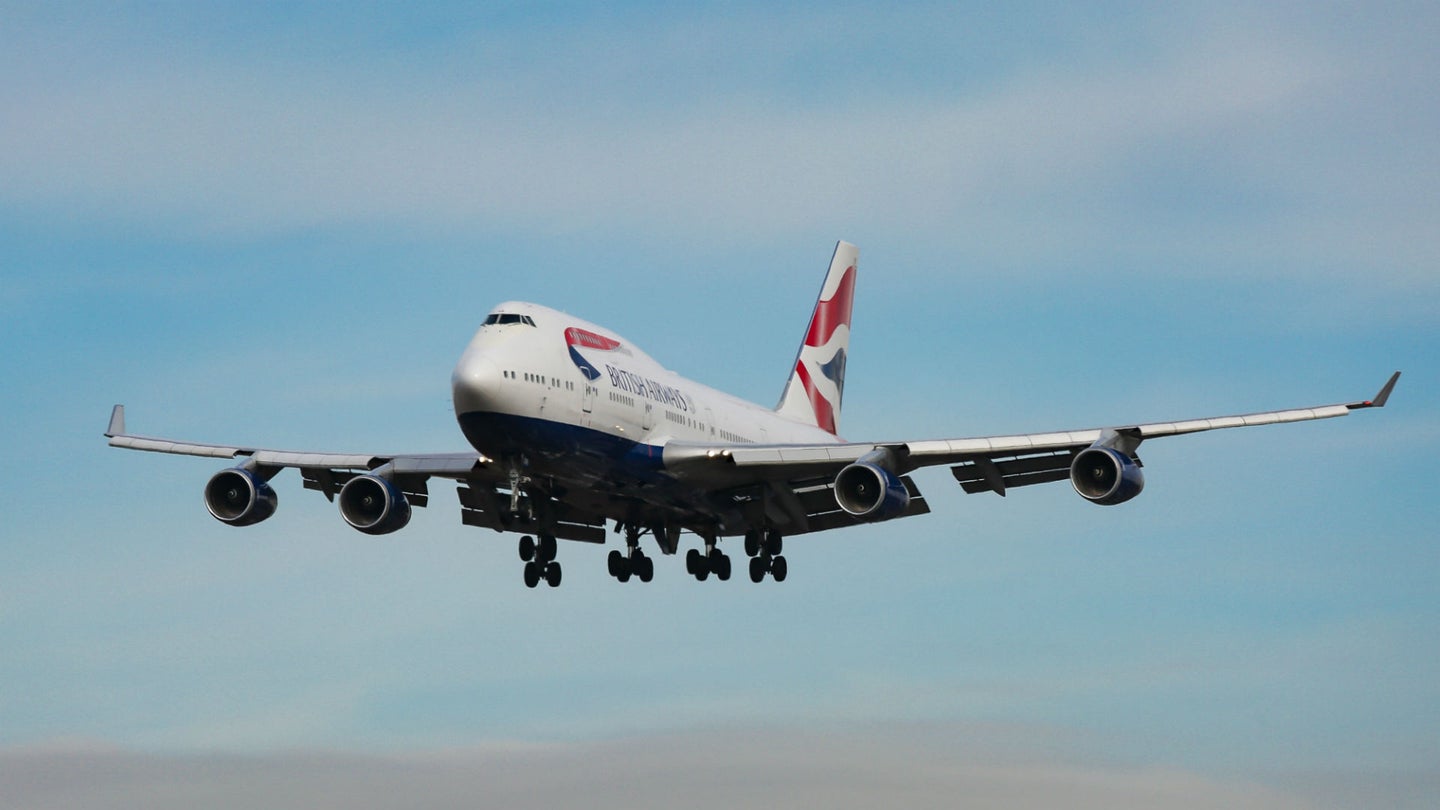 Although the British Isles are currently being slammed by Storm Ciara with flooding and gusting winds, the inclement weather has presented at least one benefit for travelers. While ground transportation has been delayed across the United Kingdom because of the intrepid downpours, those in the air are traveling faster than ever with massive tailwinds pushing flights along at record pace. In fact, one British Airways Boeing 747 traveled from New York to London in just four hours and 56 minutes, hitting a top ground speed of 825 miles per hour and setting a subsonic flight record for the route.

Saturday night, British Airways flight BA112 zoomed across the Atlantic Ocean, taking off from JFK at 6:21 p.m. New York time and landing at Heathrow around 4:47 a.m. GMT. Data acquired by plane-tracking site FlightRadar claims this to have been around 80 minutes ahead of schedule. For reference, the same source claims the average flight time from New York to London to be six hours and 13 minutes. That 250+ mph tailwind meant that the 747’s true airspeed was still below the speed of sound, but that doesn’t take away from how incredible it is to get across the Atlantic in just over four hours.

What's more, flight BA112 was one of three flights that beat the previously standing record set by Norwegian Airlines in 2018. It was one minute faster than a Virgin Airbus A350 flight which touched down just a few moments later, and it was three minutes faster than another Virgin flight which landed about 30 minutes afterward. Regardless, they were all far clear of the old benchmark which measured five hours and 13 minutes.

A spokesperson for British Airways told CNN, "We always prioritize safety over speed records, but our highly trained pilots made the most of the conditions to get customers back to London well ahead of time."

It should be mentioned that while flight BA112 smashed the subsonic record, the fastest time from NYC to London was set by the engineering marvel, Concorde. The aircraft's top commercial flight hit speeds of 1,350 mph and accomplished the route in just two hours, 52 minutes and 59 seconds.