Here Is the First New Curtiss Motorcycle since the Company's Rebranding 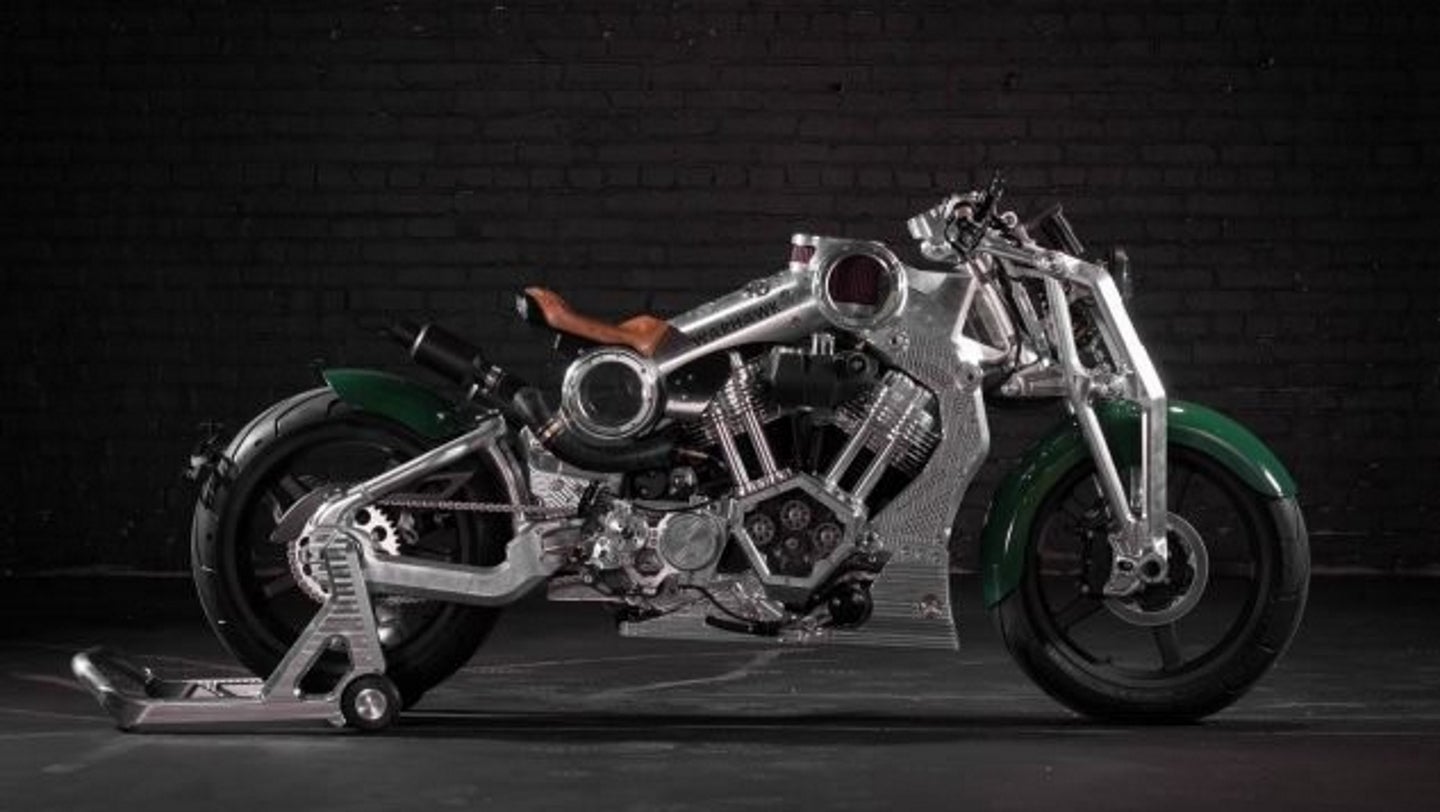 Curtiss Motorcycle Co. is releasing its first new model since it changed its name from Confederate Motors last year. The newly branded company is named after motorcycle and aviation pioneer Glenn Curtiss who is often credited with inventing the V-twin motorcycle engine in 1903.

The new Curtiss Warhawk motorcycle will be limited to a 35 model production run. Curtiss Motorcycle Co. likes to name motorcycles after military aircraft and the Warhawk is no different. It is named after the Curtiss P-40 Warhawk that served in World War II. (The plane was produced by the Curtiss-Wright Corporation which is not affiliated with Curtiss Motorcycle Co., which has only been around since 1991.)

The Warhawk will be powered by a 2,163cc V-twin engine that makes 150-horsepower and 160 pound-feet of torque linked to a five-speed manual transmission. The massive triple-camshaft OHV engine is cradled in a machined modular aluminum monocoque frame. The Warhawk has a claimed top speed of 165-plus mph.

“We’ve spent the past 27 years working to optimize and perfect Mr. Curtiss’s V-Twin invention,” explained Curtiss CEO Matt Chambers in a press release. “Everything we know is built into this machine. Because the Warhawk is based on our acclaimed P51 Fighter, the engine, powertrain, and chassis are as solid as a bank vault. But now, we’ve cranked it to 11. There are no more rabbits we can pull out of the proverbial hat. There’s simply no way to make a more explosive hot-rod American V-twin than the Curtiss Warhawk.”

Chambers is serious about that statement because this is the final gas-powered motorcycle his company will have produced. He’s made it official that every Curtiss motorcycle after this one will be electric.

“The American V-twin is undoubtedly the most iconic and revered powertrain in motorcycle history,” said Chambers. “As we prepare to lead an all-new golden age of electrified motorcycles, this Curtiss Warhawk represents the best and final chapter in American V-Twin power and refinement. We’re building a handful of these Warhawks in honor of Mr. Curtiss and as a bequeathment from the brand of yesterday to the brand of tomorrow.”

Production of the Curtiss Warhawk is underway and it has an MSRP as hefty as its engine at $105,000.