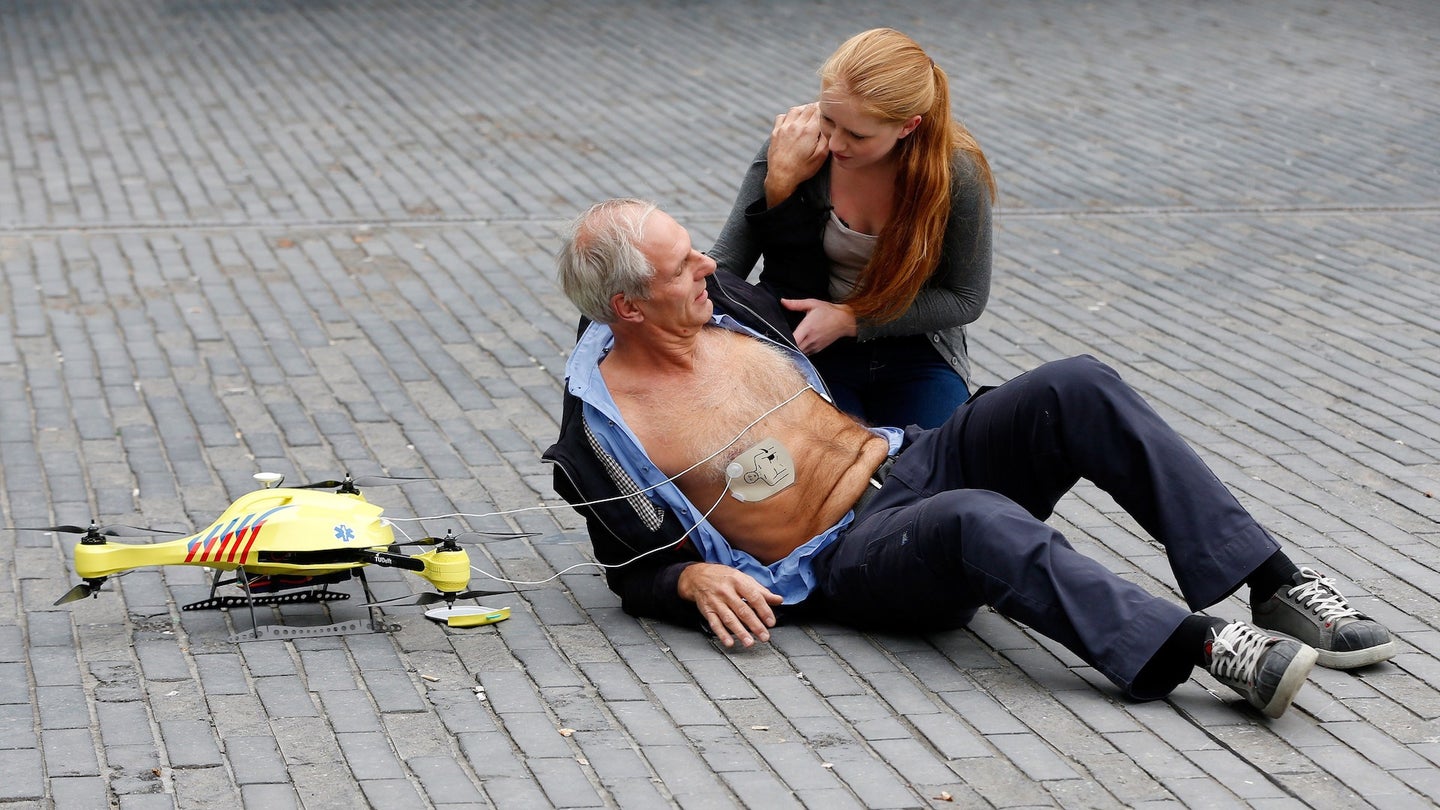 As the United States seems increasingly eager to establish a cohesive set of commercial drone regulations, companies are preparing accordingly. Flirtey, the self-proclaimed “premier independent drone delivery service,” is keen on staking its claim as the go-to business for drone deliveries that could save lives and improve lifestyles. Having recently submitted a joint application alongside the city of Reno for a Federal Aviation Administration-approved pilot program, the company is confident it could begin aerially delivering medications and other materials if given the go-ahead.

The business model here is essentially comprised of the increased affordability of drone technology, the inevitability of a stable, cohesive drone network, and the potential of rapidly delivering items to people in dire straits. “If you can get to the scene faster with drones, it will help save lives,” Sweeney added.

Let's take a trip down memory lane and watch Flirtey's promo video for the company's first-ever aerial delivery of medical supplies in the United States.

We’ve reported on defibrillator-carrying drones in Sweden, as well as a UNICEF campaign to more effectively transport medicines in infrastructurally inferior areas of Malawi, Africa. Drones are seemingly becoming the modern solution to age-old problems like getting to the scene of an emergency faster than roads alone can allow, or helping the impotent avoid a face-to-face business transaction. Regarding medical materials, Flirtey actually began testing delivery of automated external defibrillators (AEDs) last October, which Sweeney is adamant could vastly improve lifesaving efforts if implemented more widely.

“Based on our analysis…and historical data, just one of our drones carrying AEDs and operating in an area with the population density of Reno will save one life every two weeks,” he said. “We can set a precedent here in Reno and expand that across the country.” For many of us, it seems logical, and inevitable, that our skies will eventually be filled with drones serving all kinds of commercial and public safety purposes. Sweeney certainly agrees. “Seeing a Flirtey drone delivering an AED will be as common as seeing an ambulance on the road,” he said. Stay tuned, as we track the company’s aforementioned application progress and keep our eyes on the skies.