Rare models whose original cost was less than a dollar may be worth thousands today. 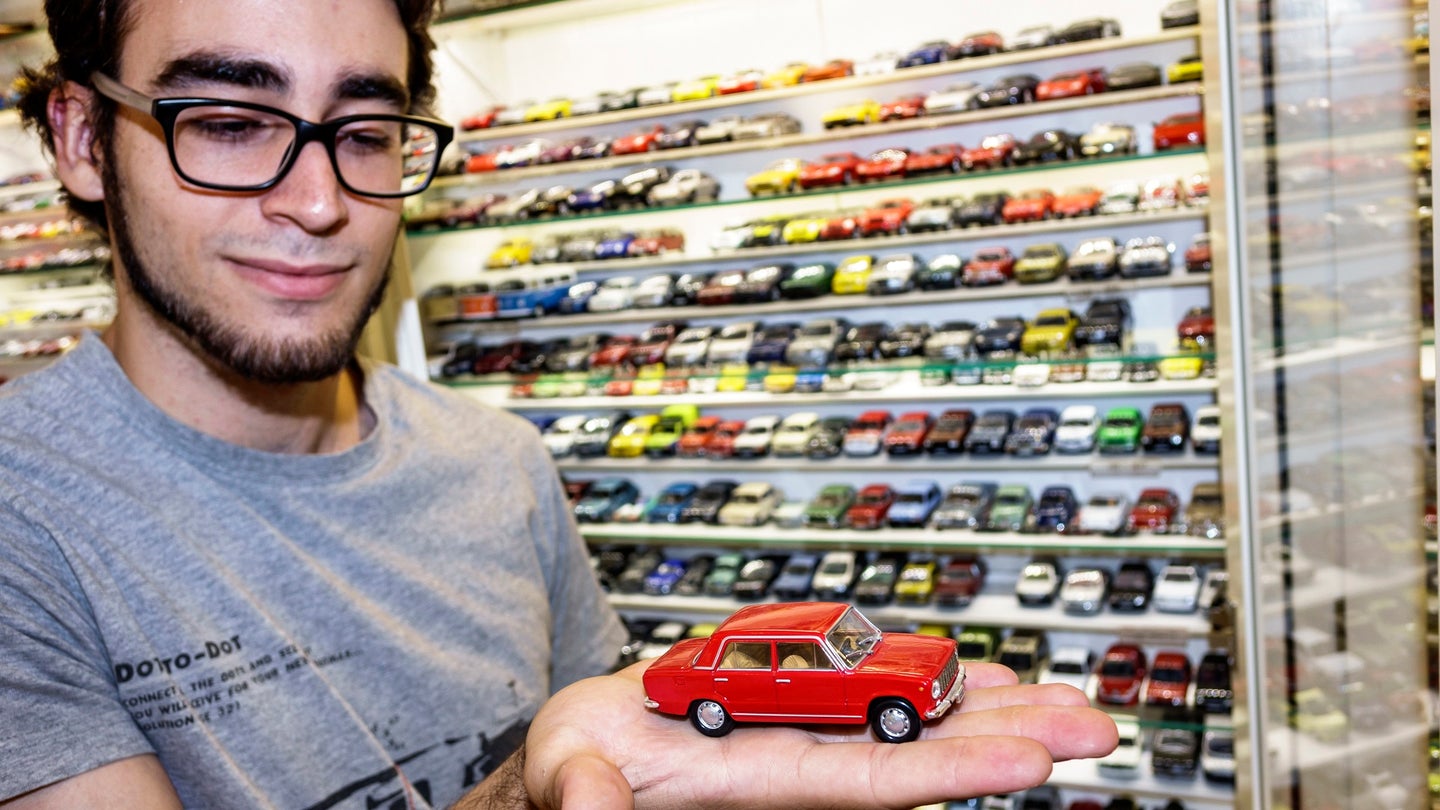 One thing my parents did right was to save my collection of Matchbox and Hot Wheels cars from when I was a kid. Thanks to them I have about 100 cars from the 1970s and '80s. I gave them to my stepsons when I moved in with them, but when I read a report on GoCompare about how much some of these old cars are worth now, I had to go raid the kids' toy stash.

Some of these cars, typically from before my time, are worth literally thousands of dollars (or pounds, as the site values them). This Magirus-Deutz truck with a tan body is incredibly rare, with only two thought to have been produced. A tan truck is said to be worth 8,513 pounds, ($11,760). Most of the real-life cars I've owned have cost less than that.

I did, however, own this Ferrari 308, exactly as seen here. It was my prime choice for playing Magnum P.I. back in the day, even though the real ROBIN 1 didn't have the extra hood and door graphics. The rare model, worth 690 pounds ($951), also lacks these markings and has a white instead of a black interior. So my Thomas Magnum wanna-be is safe.

Another car I had was this ambulance, the "Stretcha Fetcha." Though mine was white, it was also available in red, with just a few yellow examples available. These yellow versions can be worth up to 418 pounds ($576). Not bad for a toy originally sold for 0.69 pence ($0.96 by today's U.S. inflation).

Finally, while browsing the list, I recognized this Lamborghini Countach. I had the exact same car pictured here, although years of hard play and massive crashes took its toll on my paint job. Fortunately, years of hard play didn't diminish the value of the most valuable Countach, which when chrome colored can sell for 193 pounds ($266).

Of course, even if I had the valuable versions of any of these cars, they wouldn't be worth as much because I played with them all the time. According to Neal Giordano, the founder of the North Carolina Hot Wheels Association who has been valuing die-cast toy cars for over 20 years, hardcore collectors put a premium on antique models that are still in their packaging, especially if the packaging is in excellent condition. It's difficult to ascertain how much opening or not opening may diminish value, as some models would fetch far more than others.

The appeal of these cars, of course, is their nostalgia value. Even just researching this article you should've seen how my eyes lit up when I found that Lamborghini that looked just like mine on the list. It's like finding your old car that you really liked, years from now, in like-new condition. Now that you're older, wiser, and have the means, it would be particularly tempting to buy it. It can feel like buying a piece of your childhood back, and that's worth a great deal to some people.