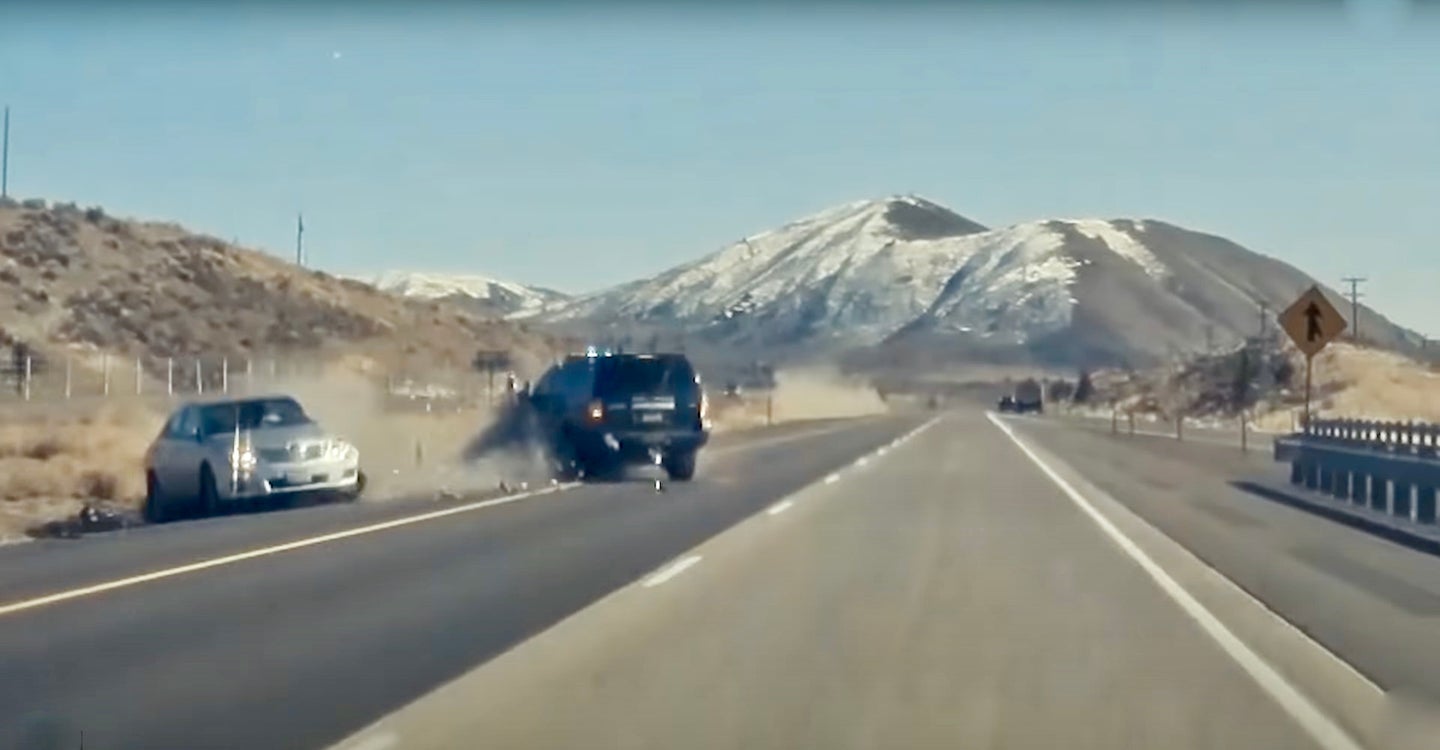 An onboard camera captured the moment an Oregon State Police trooper intercepted a wrong-way driver, risking their own life to ram the errant vehicle off the road, potentially saving others' lives in the process.

According to a Facebook post by the OSP and a report by the Baker City Herald, OSP dispatch received dozens of calls at 1:59 p.m. reporting a silver sedan traveling westbound on eastbound Interstate 84 near milepost 342. Within minutes, Senior Trooper Andrew McClay located the vehicle, a Toyota Camry, and positioned his Ford Expedition police cruiser in the oncoming lane to block the car. The moment of impact was recorded by a nearby Tesla, whose owner has since shared the footage online.

As depicted in the video, Trooper McClay achieved a near-perfect hit on both vehicles' driver-side front corners, immobilizing them, but not deforming either's cabin enough to pose a significant safety risk. For that reason, Trooper McClay was able to extract and cuff the Camry's driver, reported to be 28-year-old Montana resident Logan Raye Deuel-Clinkenbeard.

Trooper McClay was reportedly evaluated at a medical facility and released, while Deuel-Clinkenbeard was reportedly hospitalized for minor injuries before being charged with second-degree Attempted Assault, Reckless Driving, and Reckless Endangerment.

Deuel-Clinkenbeard is currently held at Baker County Jail, from which his father has reportedly attempted to have him released, citing "severe mental health conditions for which we have been seeking treatment."