It’s the only place in the world where divers can explore a shipwrecked car carrier—rumored to have been carrying illicit goods as well. 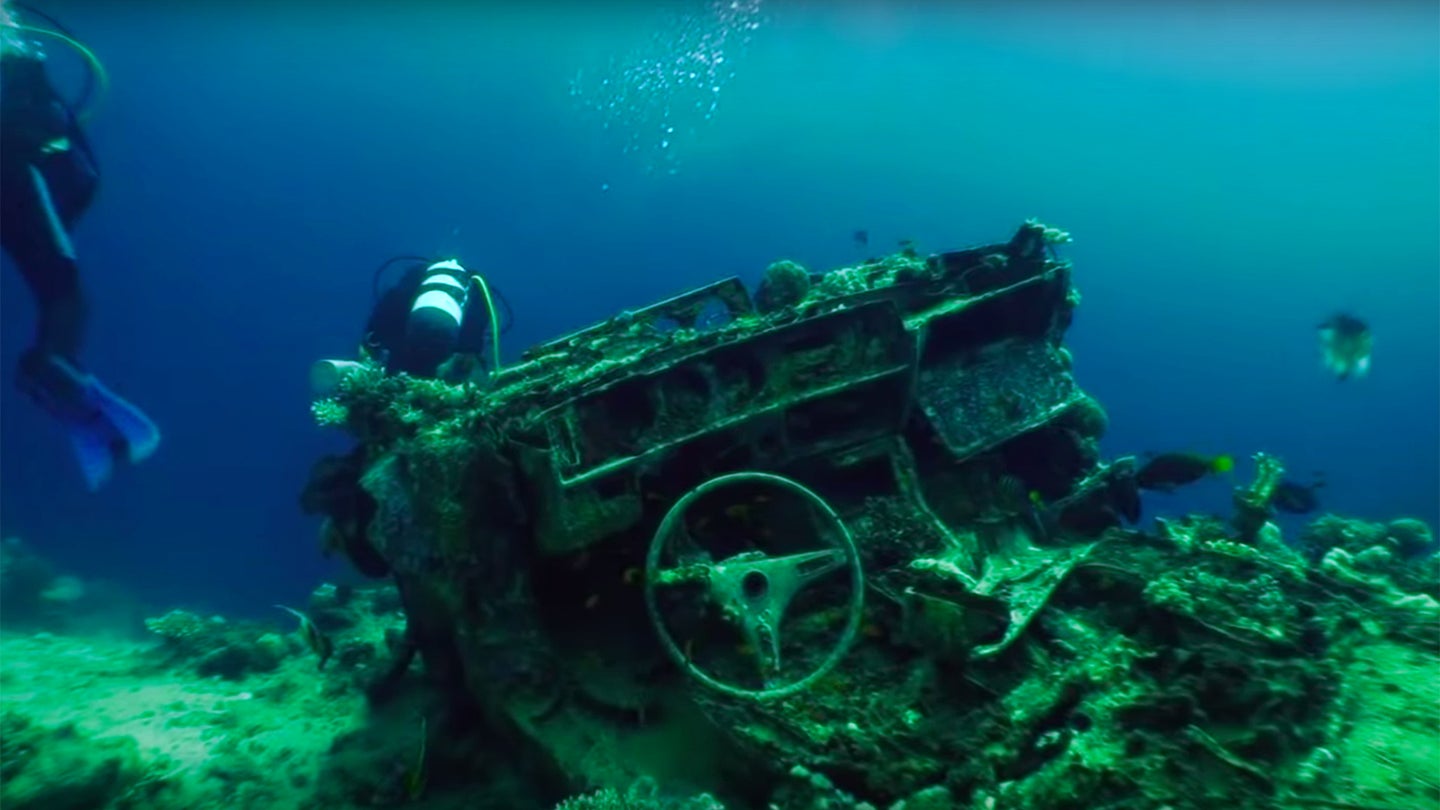 Even in this modern, globalized world, cargo can be lost at sea. Porsche experienced this unfortunate reality last month when a ship carrying 37 of its factory-fresh cars, including four 911 GT2 RSs, sank in about 15,000 feet of water off the coast of France. Shocking, yes, but that number pales in comparison to the 190 cars Toyota lost in 1977 in the wreck of the Blue Belt, which now forms a surreal underwater junkyard in the shallows off east Africa.

Stories vary on what sunk the Blue Belt. Local tales read like a spy thriller, where contraband cargo was hidden among the ship’s more aboveboard Toyota-built freight. Supposedly, the captain was looking for a quiet place on coast of Sudan to offload the secretive shipment when the vessel ran aground on a reef, quickly took on water, and sank, its load lost to the Red Sea.

There's precious little documentation to back this up, so it's just as likely the wreck was caused by a simple navigation error. Either way, the result was the same: the Blue Belt and its vehicular charges resting on the sloping seafloor about 100 feet below the surface. A team attempted to refloat the derelict ship after the sinking. But in the end, the Blue Belt’s position on the reef and upside-down orientation made such a resurrection impossible.

Before that was determined, though, the decision was made to shed the Toyotas as unnecessary weight, and the cars were offloaded and scattered around the area. Four decades later, the Toyotas still lie in 85 to 255 feet of water, creating a vehicular reef of sorts for experienced divers to explore. Of course, salt water and time have taken their toll. Most have been reduced to a crumbling chassis, though a small handful of tires, engine blocks, front fascias, and steering wheels remain, along with a somewhat intact semi-truck.

In addition to the romanticism of a great criminal caper story, the Blue Belt now offers experienced divers a time-capsule look into the early days of industrialized trans-continental shipping. The wreck also gives car nerds ample opportunity to pore over diver-taken images and videos and guess the Toyota models based on their hulking cadavers scattered across the reef.

The story of the Blue Belt also offers another example of why transcontinental shipping is still in desperate need of modernization and enhanced safety, even now in the 21st century. In the last year alone, 5,500 automobiles—2,000 Audi and Porsches, and 3,500 Nissans—have been lost or destroyed at sea, among thousands of tons of other materials.