Every one of these mid-engined machines once put a smile on someone’s face. Now, they’re decaying behind a fence. 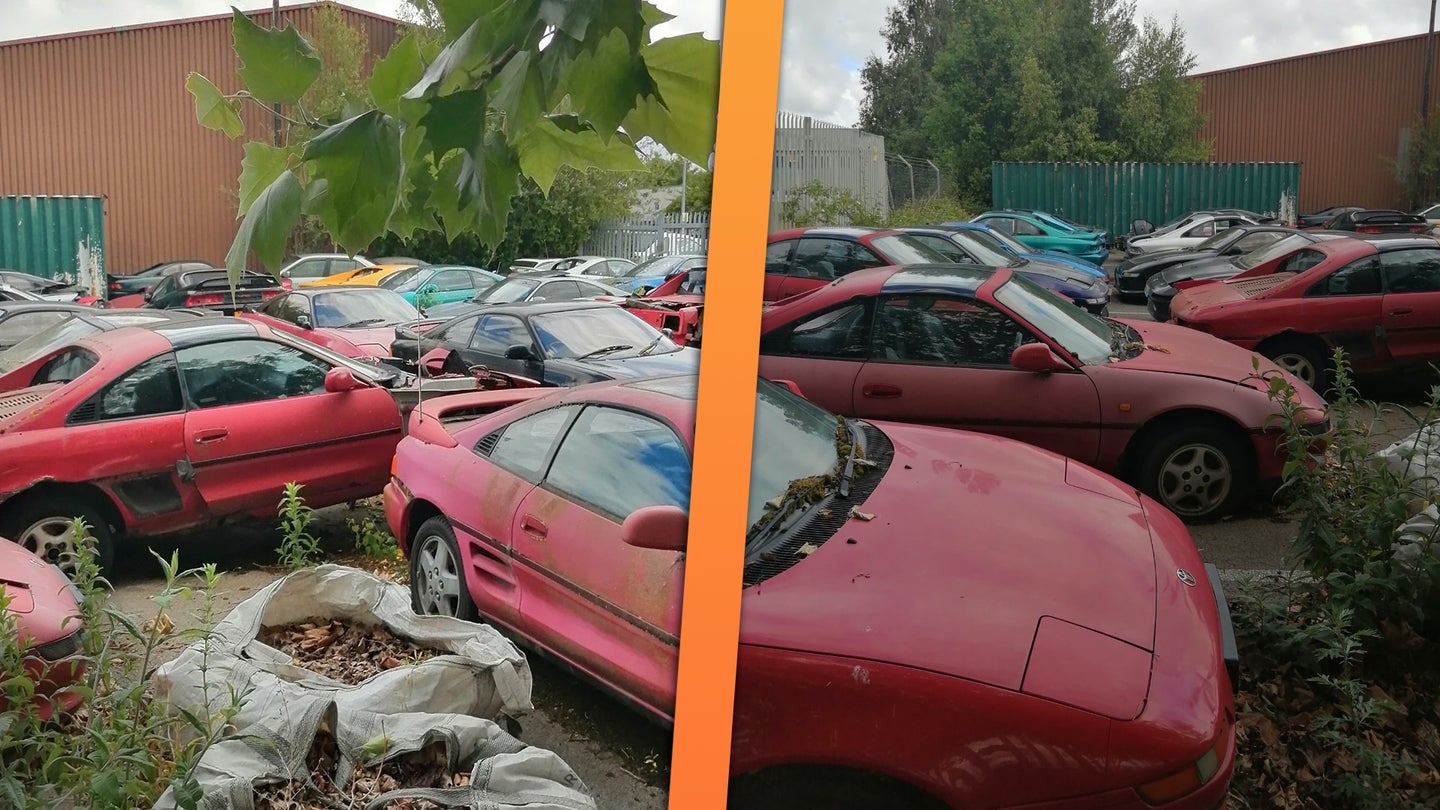 Junkyards can be pensive, sometimes melancholic places. They can make you wonder what kinds of lives cars previously lived, or what bonds people formed with them before they were scrapped. This curiosity becomes especially strong in yards dedicated to single makes, or even single models. Such feelings of bittersweet mysticism emanate from these photos recently uploaded to Facebook, which depict a compound full of decrepit Toyota MR2s.

Photographed by Keith Browne and uploaded to Facebook, the fenced-in lot you see here is filled to the brim with neglected MR2s. Most are the popular second-generation "SW20" model, though at least one of the wedge-shaped "AW11" models from the '80s is also visible. The majority are naturally aspirated cars, not the sought-after forced induction models, though raised engine deck vents identify at least one of the curvaceous second-gen cars as an early 232-horsepower Turbo model.

Many have easily salvaged parts that are valuable on the used market, such as post-facelift "kouki" taillights and wings, which can sell for hundreds of dollars each. A few also feature aftermarket parts, like a vented hood of unknown make, and a kit that could be a rare factory widebody called the TRD2000GT—though it's probably just a replica.

Given the visible rust or damage to some of these MR2s' bodies and frames, it's evident that not all of them are in restorable condition. That's okay, though, as British MR2 specialist MR2-Ben confirmed to The Drive that this lot of lost MR2s is its own, and that the cars onsite are a mixture of customer cars and parts donors. A quick check of the shop's premises via Google Maps reveals that it indeed has a number of disassembled MR2s in a fenced-in yard, though not nearly as many as seen in the photos above, indicating that this lot could be a nearby satellite property.

Sad though it may be that some of these mid-engined sports cars has traveled their final mile, it is comforting to know that parts pulled from them will be used to keep other MR2s (possibly even their yardmates) on the road. Lord knows that Toyota isn't doing much to support the MR2 these days—its heritage parts program has so far only thrown bones to Supra owners, even though the MR2 outsold the Supra by a considerable margin.