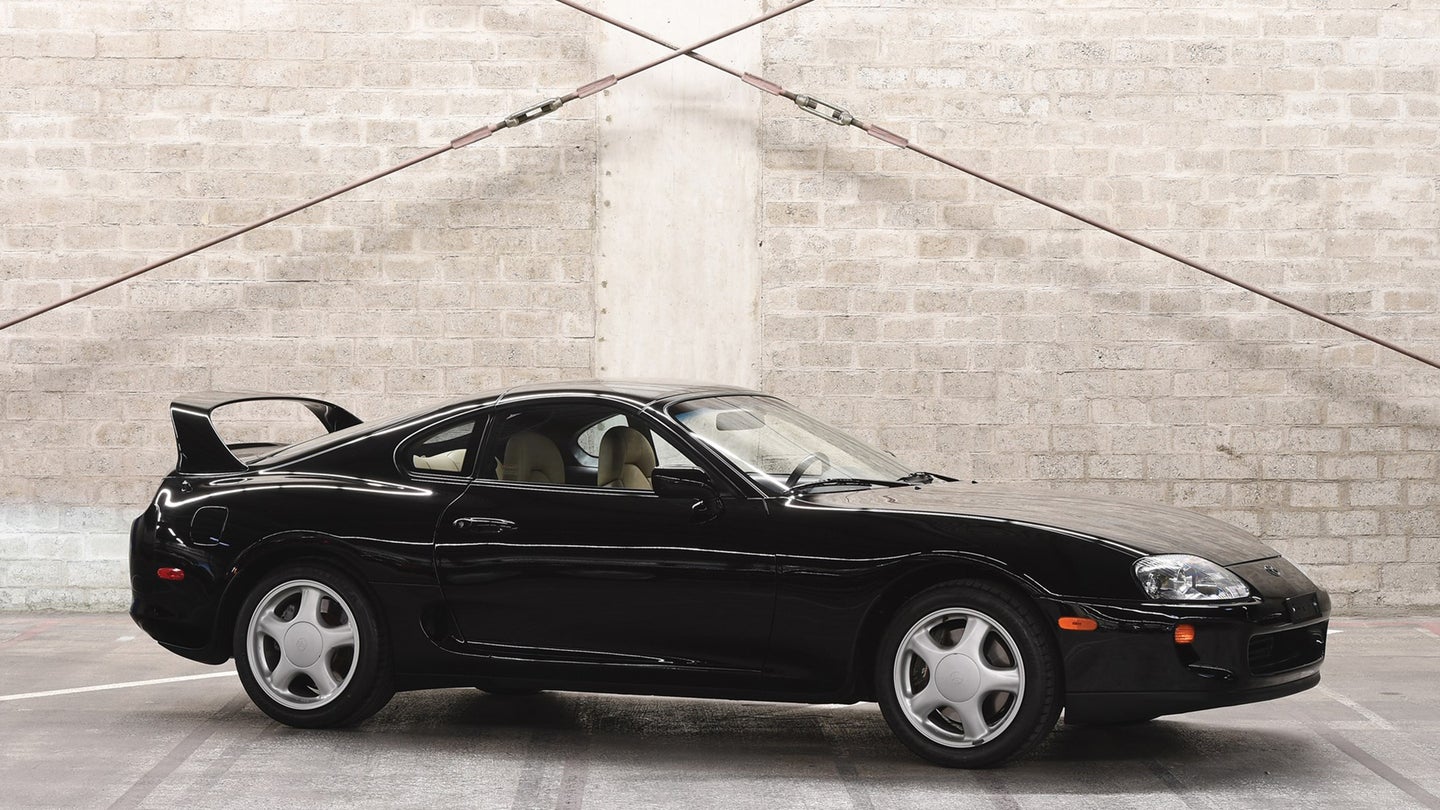 ​Gradually increasing scarcity of parts for cars of the 1980s and 1990s is starting to become a worry for many owners. What do you do if (when) the T-top seals on your Nissan 300ZX start leaking? What if a vandal kicks the headlight housing on your Toyota Supra, cracking it? God help ye in the former scenario, but in the latter, you won't be up a creek because headlight assemblies for fourth-generation Supras are about to reenter production under Toyota's new classic car parts program, the GR Heritage Project.

Toyota announced Thursday that it will be bringing back certain components that have long been absent from its international parts supply chain. For now, only the A70 and A80 Supras will be supported, with parts such as door handles, headlight housings, driveshafts, weatherstripping, and more, though we'd be surprised if models such as the Celica, MR2, and rear-drive Corollas don't get some love at a later date. Sale windows and pricing will be announced at a later date as well, and parts themselves will be available through Toyota's dealer network.

Although you may be tempted to roll your eyes and ask what took Toyota so long, bringing discontinued parts back into production isn't as simple a job as flipping a switch. Honda employees recently explained to Japanese publication Car Care Plus that suppliers often cease manufacture of parts within a few years of their corresponding vehicle's termination, and tend to get rid of the purpose-built tooling required to make said parts. Even if, say, the die for a shock absorber housing was mothballed rather than scrapped, the shock may still be impossible to reproduce if tooling for the shock's valving or other components is no longer extant.

Like Toyota, Mazda recently entered the classic car foray with its NA Roadster Restore Service, which, as its name suggests, restores NA-generation Miatas and is supported by the company's ever-growing classic parts selection. Nissan's Heritage Parts program has similar aims for the R32, R33, and R34-generation Skyline. What this all means is that Japan is looking far more seriously at its heritage and classic automobiles and putting its best foot forth to ensure they're around for generations to come.

As for Toyota and its rather lacking first release, it may be frustrating to know there are no new parts available for your Toyota at the moment, but with the company realizing that there's a market for its forlorn Supra parts, maybe, just maybe, you'll also be able to get that MR2 wiring harness you've been scrolling through eBay, Craigslist, and your local junkyard to find someday soon.

Our fingers are certainly crossed.

$1.2B Class Action Settlement Over Car Parts Pricing Means You Could Score at Least $100

But the deadline is fast approaching.