Bad news for him though, the whole incident was caught on camera and now police are on the hunt for his car. 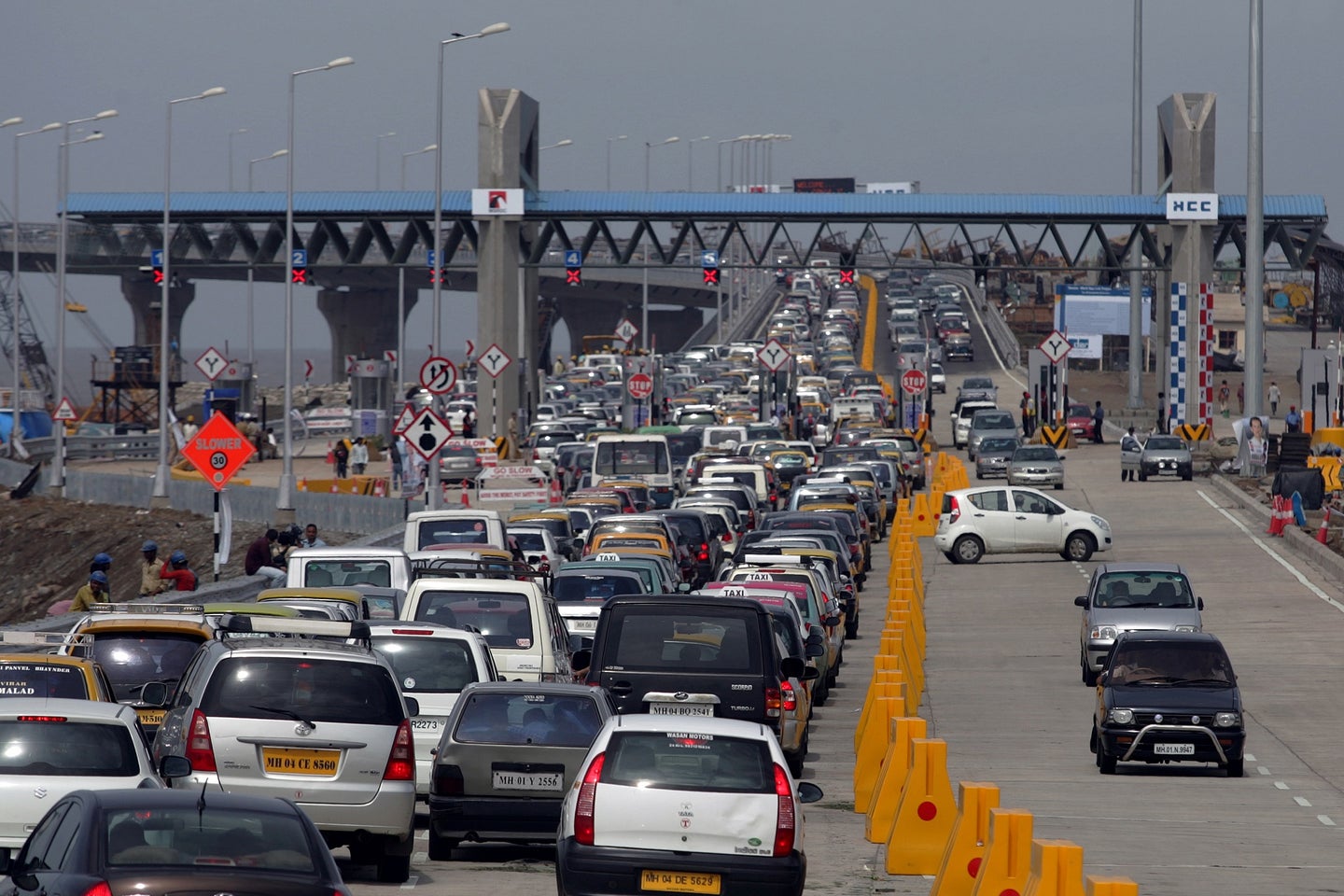 I’m sure we’ve all heard of the fake doctor’s note trick to get out of school. When you’re a little kid, that sort of thing is frowned upon but it’s pretty much just chalked up to elementary school mischief. Once you’re a little bit older, falsifying documents amounts to nothing short of fraud, which is a criminal endeavor. Now, according to the Indian branch of News 18, police in Mumbai have identified a man using a fake letter to get out of paying a 60 Rupee toll, which amounts to about a whopping 94 cents in American money.

The incident happened at about 8:20 PM local time in Mumbai on Thursday. The suspect, identified as Bhavik Bhanushali, pulled up to the toll booth in his Mercedes and showed the attendant a letter which stated that the car was exempt from paid tolls at the Mumbai entry point. Rather than taking the time to authenticate the letter, the attendant just let the guy pass so as to not bottleneck traffic. But after the fact, the staff at the booth got confirmation that the letter was fake.

Senior Police Inspector Pandit Thackeray of the Bandra Police Station said, "The car had a protocol sticker and the driver showed a letter to the toll attendant informing him that the car was exempt from toll. The letter had a logo of the MEPL and signature of the firm's vice chairman and managing director. The toll attendant grew suspicious and cross-checked it by sending an image of the letter to his senior colleague.”

Bad news for Bhavik as the whole incident was captured on camera. The registration details of the car were forwarded to the Regional Transport Office to track him down. If you have a Benz, don’t you think you can find 94 cents to pay a toll? How much did the sticker cost him for the forged document? Either way, I suspect he’s going to have some regrets in the near future.

This modified AMG wagon on Bring a Trailer is almost too much to handle.