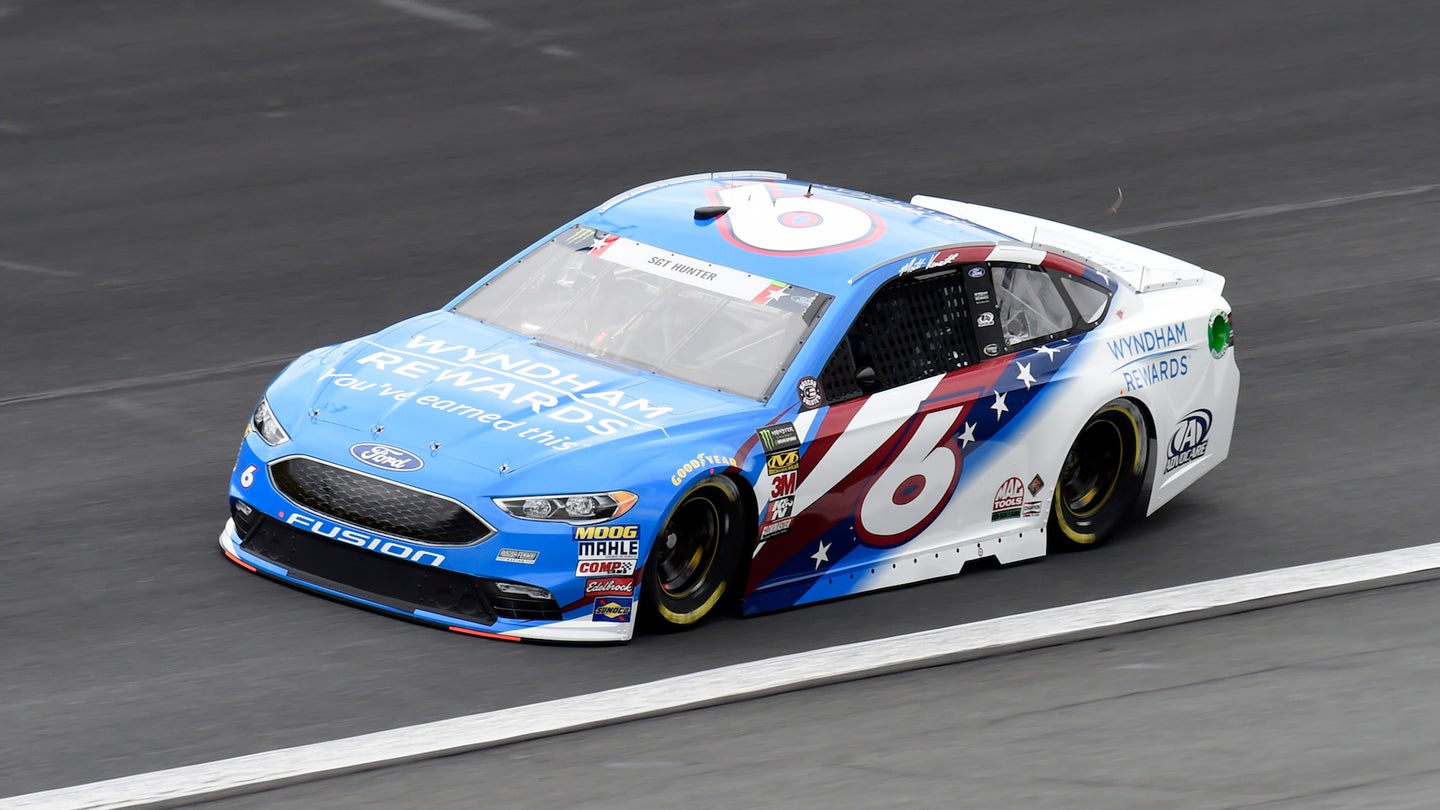 Matt Kenseth will be behind the wheel of the No. 6 Roush Fenway Racing Ford for 10 more Monster Energy NASCAR Cup Series races in 2018, according to an announcement from the race team on Wednesday. Kenseth returned to NASCAR and Roush Fenway Racing in May to share the No. 6 with Trevor Bayne.

Kenseth has driven the No. 6 in the four most recent points-paying races and the Monster Energy NASCAR All-Star Race at Charlotte Motor Speedway. Bayne will return to the driver’s seat for the next race, June 24 at Sonoma Raceway in California and drive the car until Kenseth returns July 14 at Kentucky Speedway in Sparta.

The Kentucky race will be the first of a string of four-consecutive races with Kenseth in the car, also including at New Hampshire Motor Speedway on July 22, Pocono Raceway on July 29 and Watkins Glen International on Aug. 5. After another stint for Bayne, Kenseth will return to the No. 6 for Sept. 2 and Sept. 9 races at Darlington Raceway and Indianapolis Motor Speedway, the final two races of the 26-race regular season.

Kenseth also will be in the No. 6 for four of the 10 races that make up the playoffs: Oct. 7 at Dover International Speedway, Oct. 28 at Martinsville Speedway, Nov. 11 at ISM Raceway in Phoenix and Nov. 18 at Homestead-Miami Speedway. He is the defending winner of the fall race at ISM Raceway. The Homestead-Miami Speedway is the final race of the season.

Bayne will be in the car for all other races. Bayne drove the No. 6 in the first 11 races of the season before Kenseth first raced it at Kansas Speedway last month. Prior to Kenseth joining the team, Bayne was the full-time driver of the No. 6 since becoming a full-time driver in the Cup Series in 2015.

“It’s a great feeling to return to where it all started for me in the Cup Series,” Kenseth said in a press conference at the NASCAR Hall of Fame in Charlotte, North Carolina, in late April. “There aren’t many people who have been more influential in my racing career than Jack Roush and Mark Martin. For them to believe in me today means almost as much as it did when they believed in me the first time, 20 years ago. I’m excited to get to the shop, get back to work, and help Roush Fenway return to prominence in the NASCAR Cup Series.”

Kenseth was rehired by Roush to share the No. 6 with Bayne with the aim to improve performance at RFR by getting input from a driver of Kenseth’s caliber.

“We are very pleased to welcome Matt back to Roush Fenway,” team owner Jack Roush said in the press conference to announce Kenseth’s hiring. “Matt is one of the guys who really put us on the map of the racing landscape. He’s one of the most talented drivers to ever sit inside a race car, and his will to win, drive and determination have always embodied what we strive for as an organization.”