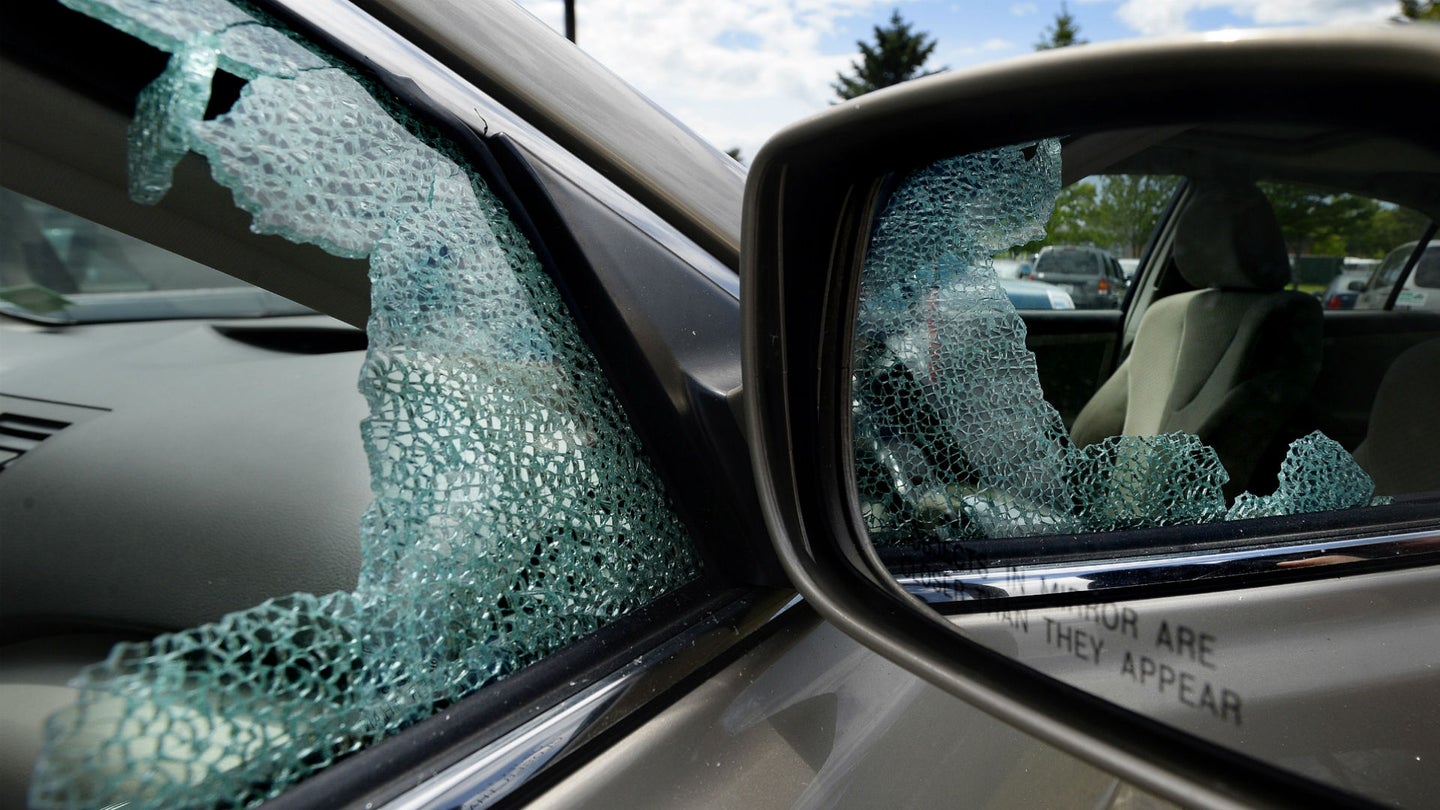 When you think of Central Florida, warm weather and palm trees come to mind. It wasn't all relaxation and family fun for dozens of vacationers whose stay in the Orlando area took a maddening turn when burglars smashed the windows of 69 vehicles at four hotels early Sunday morning.

According to local news affiliate WKMG-TV News 6, thieves vandalized the cars within a five-mile radius in Altamonte Springs and Maitland.

Maitland Police told reporters 14 cars were broken into at the Courtyard Marriott and Extended Stay America along the I-4 corridor. In the neighboring town of Altamonte Springs, police said 55 cars were burglarized at the Hilton Orlando/Altamonte and Extended Stay America, both along the interstate near State Road 436. In most of the incidents, the cars' side windows were smashed.

Apparently, the criminals were so sneaky that nobody reported hearing any windows being broken during the night.

Among those whose cars were damaged was a group of visitors from North Carolina who were in town for a local soccer tournament.

"We're getting up for [an] 8 a.m. game and we come out here and there are multiple cars broken into," Wade Forte, a member of the group, told reporters. "We got to the field and we found out there was a referee who got his car broken into at another hotel."

The soccer team announced it will be accepting donations to help the families affected, since such crimes often aren't covered by insurance, nor do they meet everyone's deductible. Details can be found on the league’s website, which also covers the NC Fusion Foundation's mission to help low-income children compete in high-level sports.

Watch a Honda Civic Thief Get Stopped by a Manual Transmission

The classics never get old.