Live Your '80s Dreams With a Wetbike 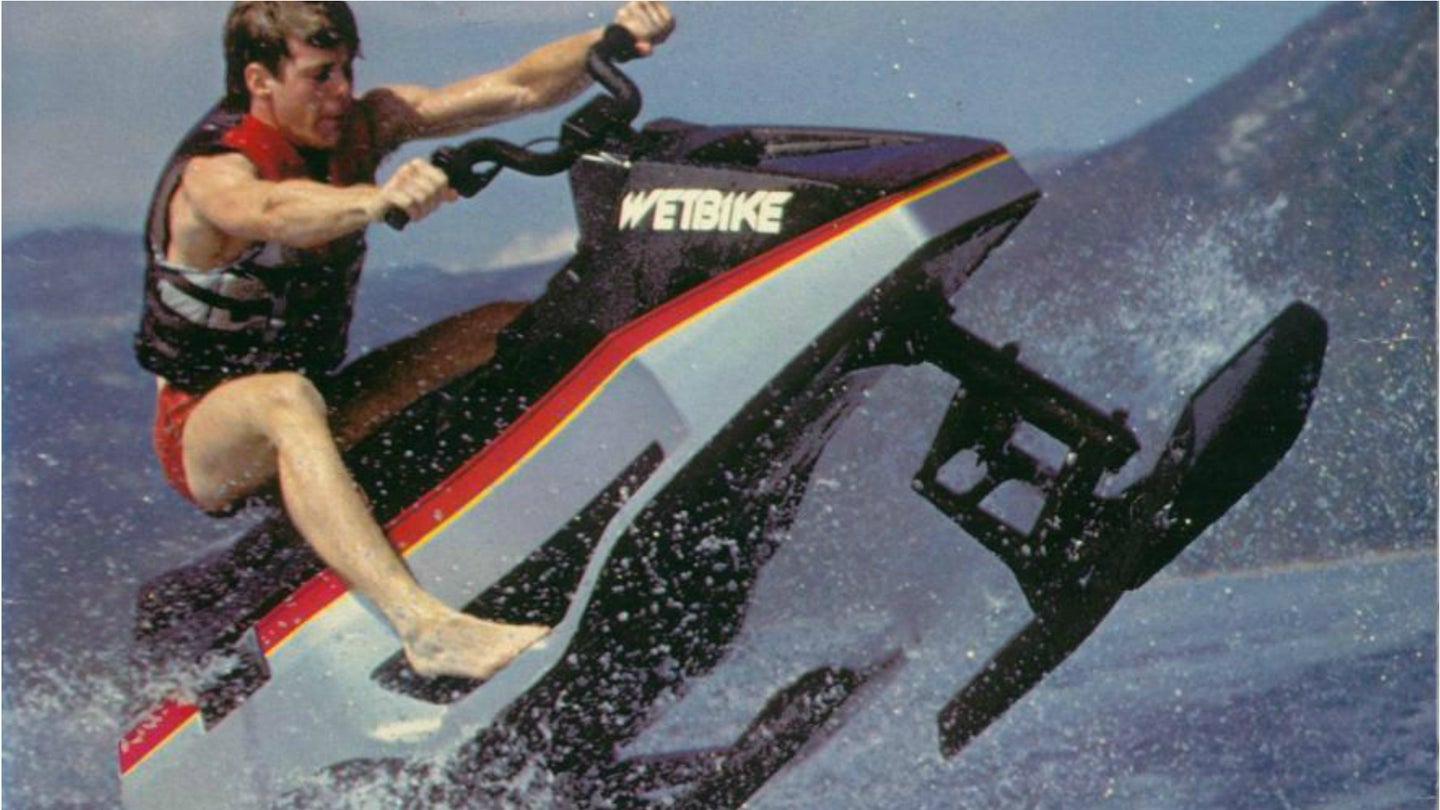 Do you fight the winter doldrums by daydreaming about the beach? With cold weather firmly entrenched across much of the U.S., fantasizing about summer is a fun pastime. Let us kick your dreams up a notch by telling you about a cool water toy from the early days of the personal watercraft—the Wetbike.

James Bond drove one in "The Spy Who Loved Me," and who hasn't daydreamed about that sort of life at least once?

The Wetbike was built by a division of what's now known as Arctic Cat, and first sold in 1978, a few years after Kawasaki's Jet Ski and Bombardier's Sea-Doo were introduced. It was marketed (accurately) as a sort of motorcycle for the water. Wetbikes were propelled by pump jets, like other personal watercraft, but didn't share their boat-like hulls. Instead, the Wetbike rode on hydrofoils mounted fore and aft.

Unlike its peers, which have always steered from the back, the Wetbike steered from the front. This was accomplished by turning the forward hydrofoil as if it was the front wheel of a motorcycle. Riders also leaned it into turns, as on a street bike.

Wetbikes sat low in the water until the rider revved up the engine using a motorbike-like twist grip. Once it hit about 11 miles per hour, the Wetbike would rise up and skim across the water on its hydrofoils.

Original engines were 50-horsepower Suzuki mills displacing 723cc. They allowed the tiny craft, at just over seven feet, to hit speeds up to 32 mph. The engine was upgraded in 1986 to a 60-hp, 798cc Suzuki unit. These later engines allowed for a top speed exceeding 38 mph, making it the fastest personal watercraft of its day. Two models were produced, the Silver Streak and sportier Tomcat.

The Wetbike remained in production only until 1992. Reviewers noted that it was harder to ride than regular PWCs and prone to tipping if you didn't maintain balance. It also needed deeper water to launch than most peers; the draft was a substantial 2.5 feet until it got up on the plane.

Nearly three decades have passed since the last Wetbike was manufactured, but they still come up for sale on occasion. One sold on eBay this week for $1,050, and another is currently for sale there with a $575 buy-it-now price. Lots of information about the vehicle is available at Wetbike.net.

You have a few months to snag one before the summer returns... Mr. Bond.