We've all dreamt of taking a bath while flying home in our drones, haven't we? Here's the first step toward that glorious, universally shared dream. 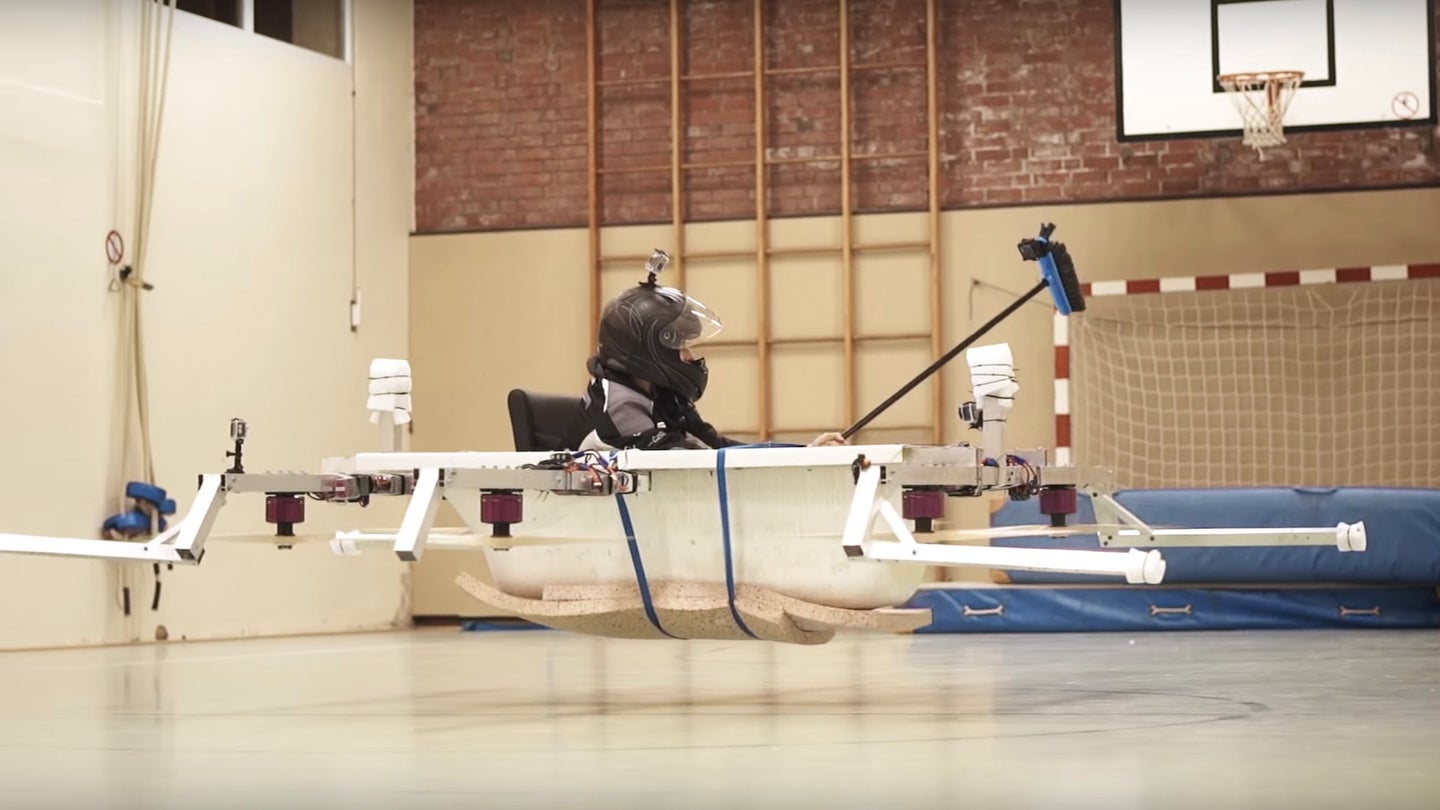 We’ve all been there—you’re flying home in your drone and wished that someday in the future, there’d finally be a new model that was both drone and bathtub. No? Well, the two 20-year-old German twins that comprise The Real Life Guys certainly have. The YouTube duowhose motto seems to be “do something” as well as “life is for strange adventures” just affirmed those two stances by building a manned drone out of a bathtub. Yes, that’s right, your non-existent dream of bathing while flying home has just inched closer to reality.

While this may seem like a result of utter boredom and a lust for social-media clicks and views, one has to consider the effort that went into this and marvel at the ultimate result. According to Digital Trends, in order to support the actual bath—as well as a man who probably weighs around 160 pounds—the twins had to construct a metal frame and make sure that the drone could support the six propellers and motor. And if concerns about the payload weren't enough, there were issues of weight distribution and actually commandeering the unmanned aerial vehicle (UAV) from inside. As it stands, the UAV had to be piloted by someone on the ground, though reportedly, the logical next step is to maneuver it from inside the bath.

The flying bathtub was in no way created as an item to be purchased, and that just furthers the endearing quality that these two brothers garner with videos like this one. They tinker and they toil, largely for the love of the do-it-yourself community and the spiritual reward of building something and witnessing the fruits of one's labor. You have to give it up for them—they just built a flying bathtub. Who here, honestly, wouldn't want one? This is German engineering at its finest.

Take a look at the full The Real Life Guys episode, aptly titled "Building a FLYING BATHTUB! our MANNED DRONE finally takes off!"