From pleasant lavender to gagging and choking in just a few seconds. 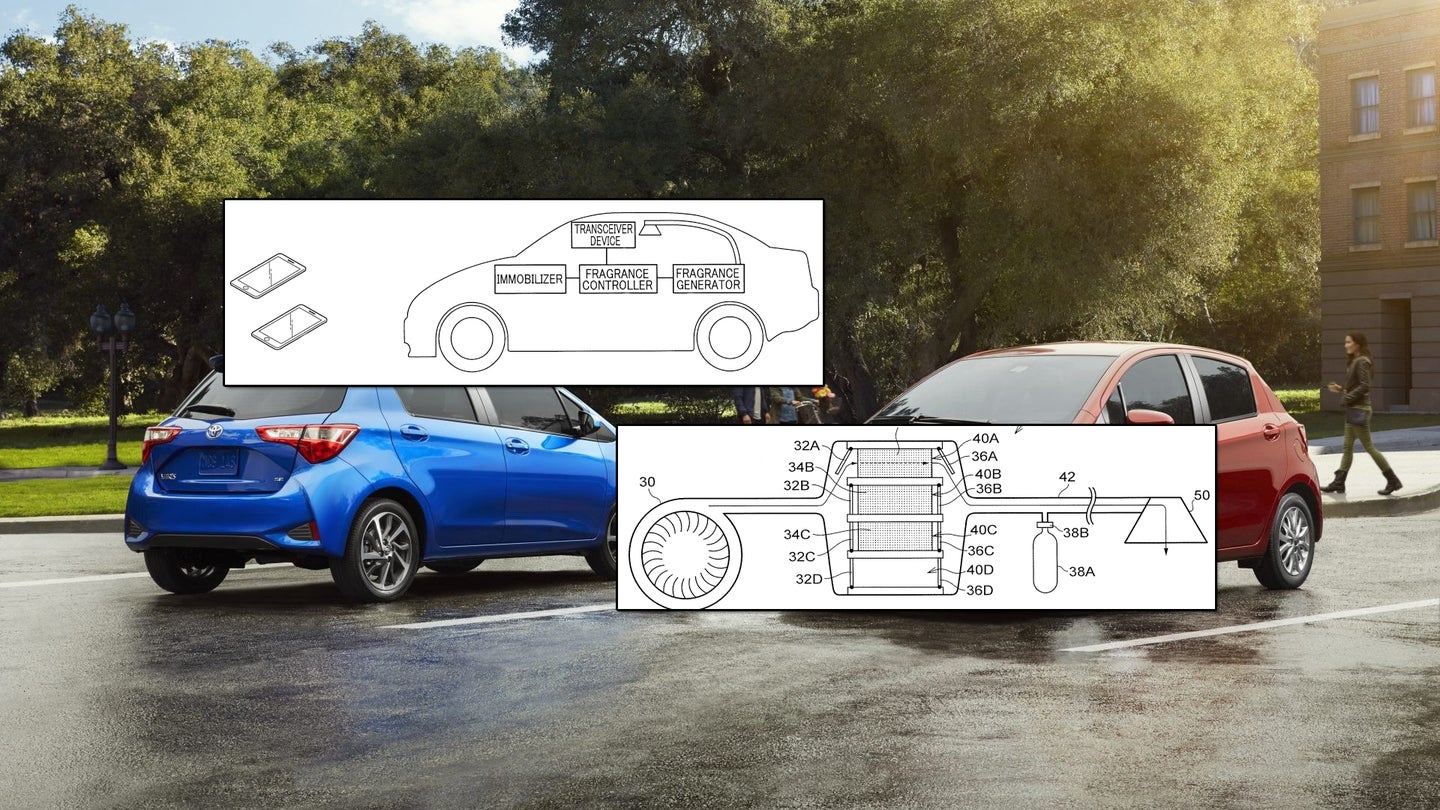 A new patent application titled "Vehicle Fragrance Dispenser" published by Toyota seems harmless. I mean, who wouldn't want their car to smell like flowers, or black ice, or whatever their preference for new car smell is. However, if you read into the application, there's a single claim which jumps out: this scent sprayer can also be configured to spray tear gas into the vehicle cabin to stop thieves from stealing your car.

Let's unpack this. Under normal operation, the system would release "pleasant fragrances" into the atmosphere which are designed to improve the mood of the occupants and mask foul odors. But if the vehicle detects an illegitimate start has been attempted (as in, someone attempts to bypass the factory software immobilizer), the system can be configured to release a canister of tear gas inside the cabin to thwart the would-be thief from taking off with your precious cargo.

I welcome the idea of my car deodorizing the interior when I'm coming home from the gym or after spending a long day doing hard labor. While Toyota isn't the first automaker who has talked about an in-car deodorizer, it might be the first one to effectively weaponize one. In fact, the Mercedes-Benz S-Class has employed a fragrance system for years.

Let's be honest, we probably won't ever see this in a production car. There are too many what-ifs to consider and false positives which could send you gagging and choking. Could you imagine getting into an accident and the canister rupturing? But it's nice to dream.