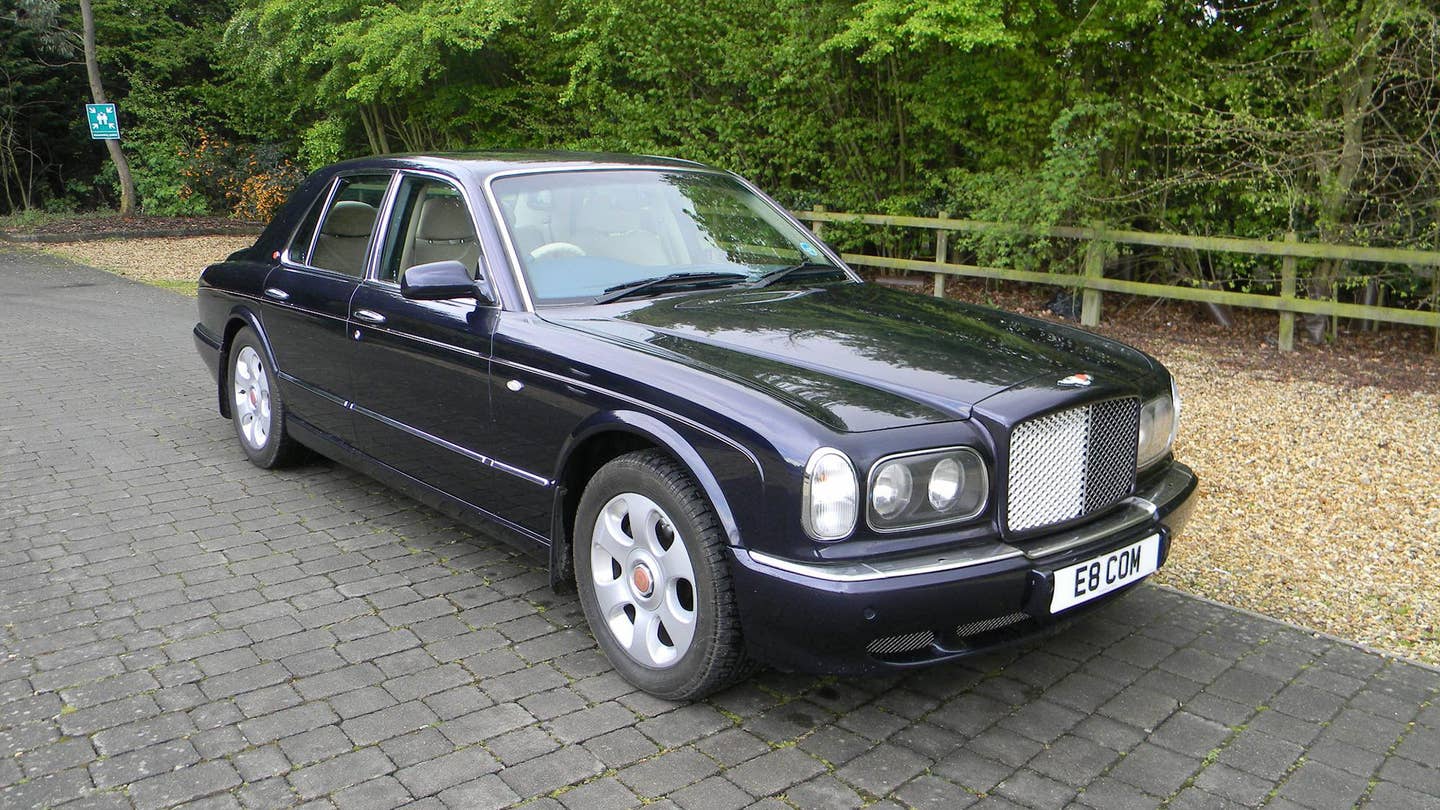 In the UK, a teenager can get a provisional license (our Learner’s Permit) at 15 years and nine months old, but they can’t get their driver’s license until they're 17. License in hand, that teenager has a 20 percent chance of being in an accident within six months, and even though teens cover just five percent of the total miles driven in Britain they’re involved in roughly 20% of fatal and serious injury accidents. Enter Young Driver; a driving school for 11 to 17 year olds that provides behind-the-wheel experience before kids have to get it the crashy, expensive way. Starting this month, Young Driver attendees can get that experience behind the wide, leather-stitched steering wheel of a Bentley Arnage.

Young Driver’s standard fleet is composed entirely of the subcompact Skoda Citigo hatchback, so the company says the point of the Bentley is to give the young’uns a taste of driving a (much, much) larger vehicle. With that rationale, we expect Young Driver to add a Lamborghini Aventador next, so that kids can experience all-wheel drive.

Other than being fitted with dual controls, the Arnage is the same 17.7-foot long, 5,700-pound, 400-horsepower brougham piloted by everyone from Jennifer Lopez to Rio Ferdinand. The only requirement to get a lesson in an Arnage is for the student to have completed one hour of instruction in the Citigo – that 60-minute Citigo lesson costs £64.95.

To entice parents to sign up for what appears to be a monumental boondoggle, mothers and fathers can ride in the back of the Bentley during their kids’ lesson. In doing so, they’d join rear-seat Arnage luminaries like Queen Elizabeth II and Thomas Crown, albeit with a slight downgrade in the chauffeur department. The price for the privilege doesn’t seem so bad, a 30-minute lesson running £49.95, with 60-minute lessons available.

Young Driver will offer the Arnage at six of its 42 locations, the first opportunity comes at Stoneleigh Park on May 21.