Toyota Has Been Developing a New Twin-Turbo V8, According to These Patents 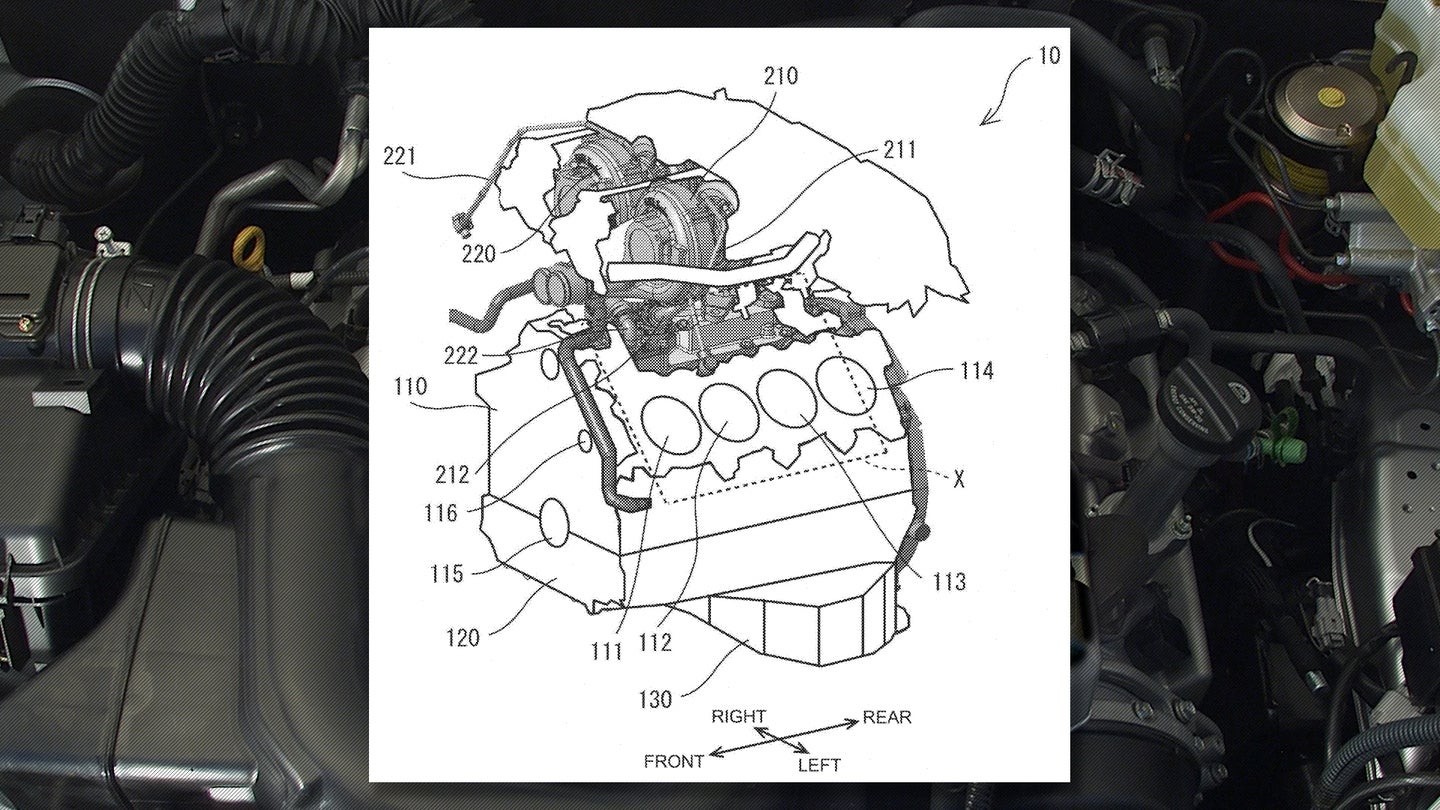 Today's headlines are mostly about hybrid, plug-in, and electric sports cars, sedans, SUVs, and even trucks! It's no secret that automakers have shifted their focus from developing gasoline-powered vehicles to ones with large batteries—and some are even ending the development of new internal combustion engines. Then there's Toyota, who appears to be developing an all-new twin-turbo V8 engine.

While the hydrogen-pushing, electric-pickup building, plug-in hybrid king has made a name for itself by owning fuel economy, it also has a Bad Boy side. Per some United States Patent Application documents, the Japanese automaker is going against the grain and has been hard at work engineering a boosted V8 for some time now.

Just last year it was rumored that Toyota was expected to kill off its V8s in favor of turbocharged V6s, so imagine the surprise when this patent application was published on Thursday, revealing Toyota's secret. While not much is known about Toyota's plans for this powerplant, we are able to gain a few key details from illustrations and descriptions within the document.

The patent application shows two turbochargers (simultaneously referred to as "superchargers" within the text) installed on the top of the engine block, meaning that Toyota may be considering a Hot-V configuration for this engine.

This means that the motor could be equipped with reverse flow heads so that the exhaust gasses are pumped upwards and inwards towards the center of the engine rather than protruding along the outside of the block. Such a configuration would allow for a shorter path between the cylinder head and the exhaust turbine, as well as more efficient use of thermal energy. Most importantly, however, are the packaging benefits, as the powerplant becomes more compact and enables Toyota to place it more comfortably in passenger cars.

Typically, Hot-V configurations are seen in luxury and performance vehicles; the Porsche Macan S, Cadillac CT6-V, and Aston Martin Valhalla to name just a few. That being said, we wouldn't be surprised to see this engine used within Lexus F, the flagship performance arm of Toyota's luxury brand.

Reading further into the patent explains that the engine may also be offered with a single turbocharger, or with the turbos placed along the side of the block, meaning the engine packaging would be larger due to the more traditional placement. If the latter is true, Toyota may also be reserving the powerplant for the next-generation Tundra—a much-needed upgrade from the 14-year-old platform it rides on now. Presently, the pickup packs a 5.7-liter V8, and rumors point to Toyota favoring a twin-turbo V6 as its replacement, but all bets are off now knowing that a big-boy V8 could be on the table.

Toyota appears to have originally begun the application process in Japan as early as 2019, meaning that the automaker has been working on this engine for some time. That being said, there's no guarantee it will come to fruition given the rapid acceleration of EV development across the globe, in addition to emission laws and requirements. But the fact that the automaker is continuing the patent process gives us hope that the engine will find life within at least one vehicle in the Toyota or Lexus lineup.

Toyota’s plans include hybrid and fully electric trucks, and they might be coming sooner than you thought.

Toyota Dealers Get Details on the First New Tundra in 14 Years This Week, and They Sound Pumped

The current-generation Tundra is long in the tooth and Toyota’s full-size pickup sales reflect that.