The EVs will be Toyota's first in the U.S. since the discontinuation of the California-only RAV4 EV in 2014. 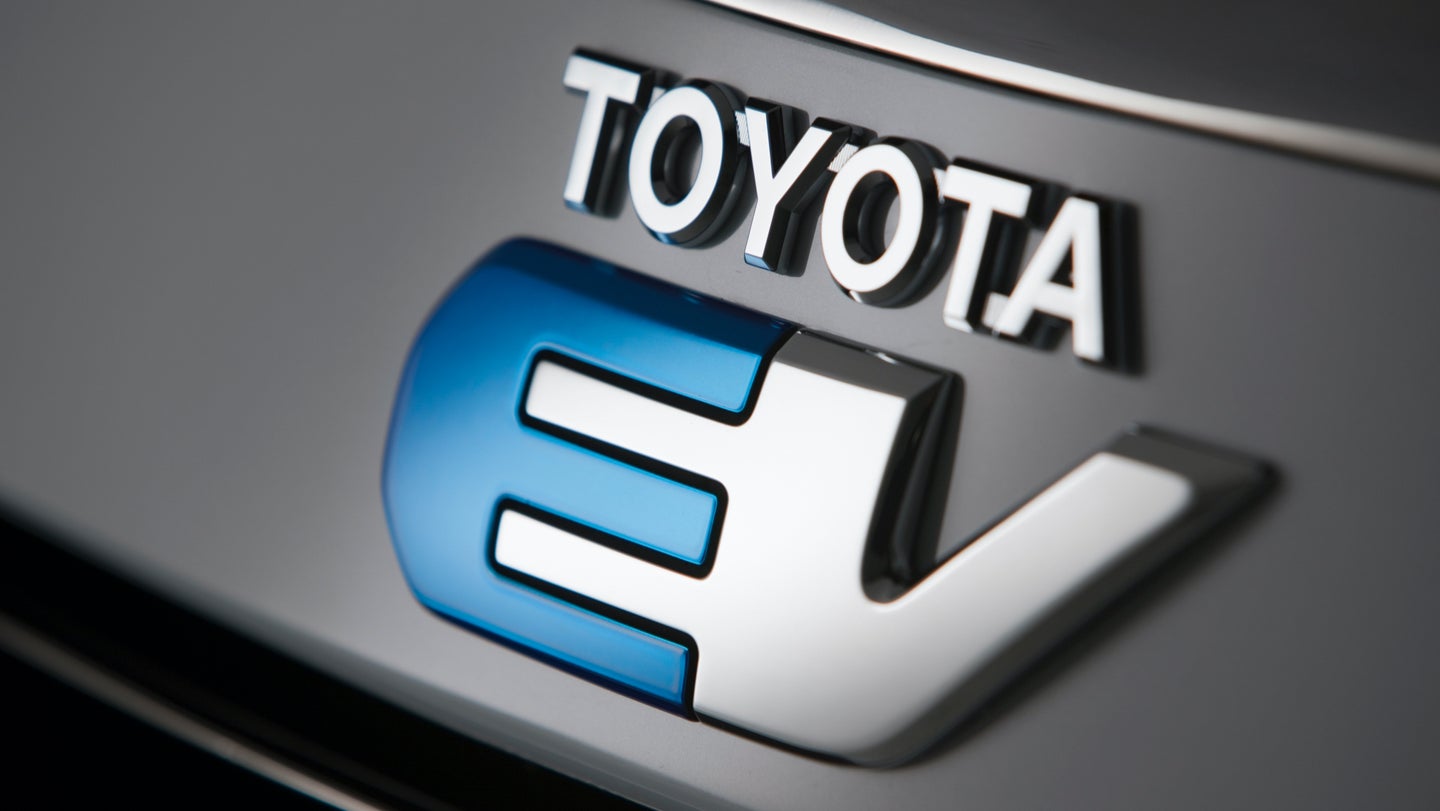 Toyota's big electrification plans have long relied on hybrids, as their Prius—love it or hate it—was a true pioneer when it came to getting the general public to accept electrified drivetrains. Yet Toyota has largely stuck to hybrids as other automakers released big plans involving full-on battery electric vehicles. Well, until now—Toyota Motor North America announced that it will unveil not only a new hybrid this year, but two new battery electric vehicles, all of which will go on sale in the U.S. in 2022.

Toyota hasn't sold an electric vehicle here since the California-only second-gen RAV4 EV was discontinued in 2014. While easily refuelable hybrids make more sense for those of us who live outside of major cities or who take longer road trips where chargers are few and far between, Toyota's hesitance to sell full EVs has put them behind other automakers as the infrastructure to support EVs improves and makes EV ownership more feasible to more buyers.

In other words, it's big news to hear that Toyota will finally sell two new EVs eight years after its last limited-market effort, and even bigger news that both will go on sale across the U.S. as opposed to only one state. All of the new vehicles Toyota announced Wednesday will have a plug, as the hybrid Toyota announced alongside its two new EVs will be a plug-in.

(Personally, I'd love to see that plug-in hybrid slot into the new Tundra lineup. Torque helps when haulin' beaters, y'all.)

One of the new battery-electric cars will be a Lexus, per dealers who spoke with Automotive News. Toyota Motor North America Executive Vice President of Sales Bob Carter specified to Automotive News that one EV will be a Toyota, and the other will be a crossover or SUV, so we're betting that Lexus will be the latter.

To support these new models, Toyota developed a brand-new EV specific platform: the e-TNGA, wherein TNGA stands for "Toyota New Global Architecture." TNGA is an abbreviation that's already been used on Toyota's ICE vehicles, but it also signifies that the new EV platform will be adaptable for multiple kinds of cars, including front-, all- and rear-wheel-drive models.

This isn't to say that Toyota is all-in on EVs just yet. Toyota's announcement spoke at length about how the greenhouse gas emissions of a battery-electric vehicle and a plug-in hybrid electric vehicle are roughly the same, given how the U.S. makes its electricity.

Toyota Research Institute CEO Gill Pratt told Automotive News that full EVs may not be the best emissions-cutting solution right now for those of us who live in places where power comes from carbon-intensive sources like coal, or who have limited access to charging. In other words, Toyota believes that if we really want to change our environmental impact, we also need to pressure our power companies to clean up their act, too.

However, others have noted that the environmental impact between EVs and other cars isn't really that equivalent for the long run. Senior Vehicles Engineer David Reichmuth of the Union of Concerned Scientists argues that the average EV sold in the U.S. makes roughly the same amount of global warming pollution as an internal combustion vehicle that makes 88 MPG. When the average new gasoline-powered car makes 31 MPG, those full-electrics can make a big difference. As The Verge notes, power companies are already adding more renewable energy into the grid, too—and that percentage of renewable energy sources has been on the upswing in recent years. So, it's a good thing to see Toyota come out with some full EVs regardless of their hedging to the contrary.