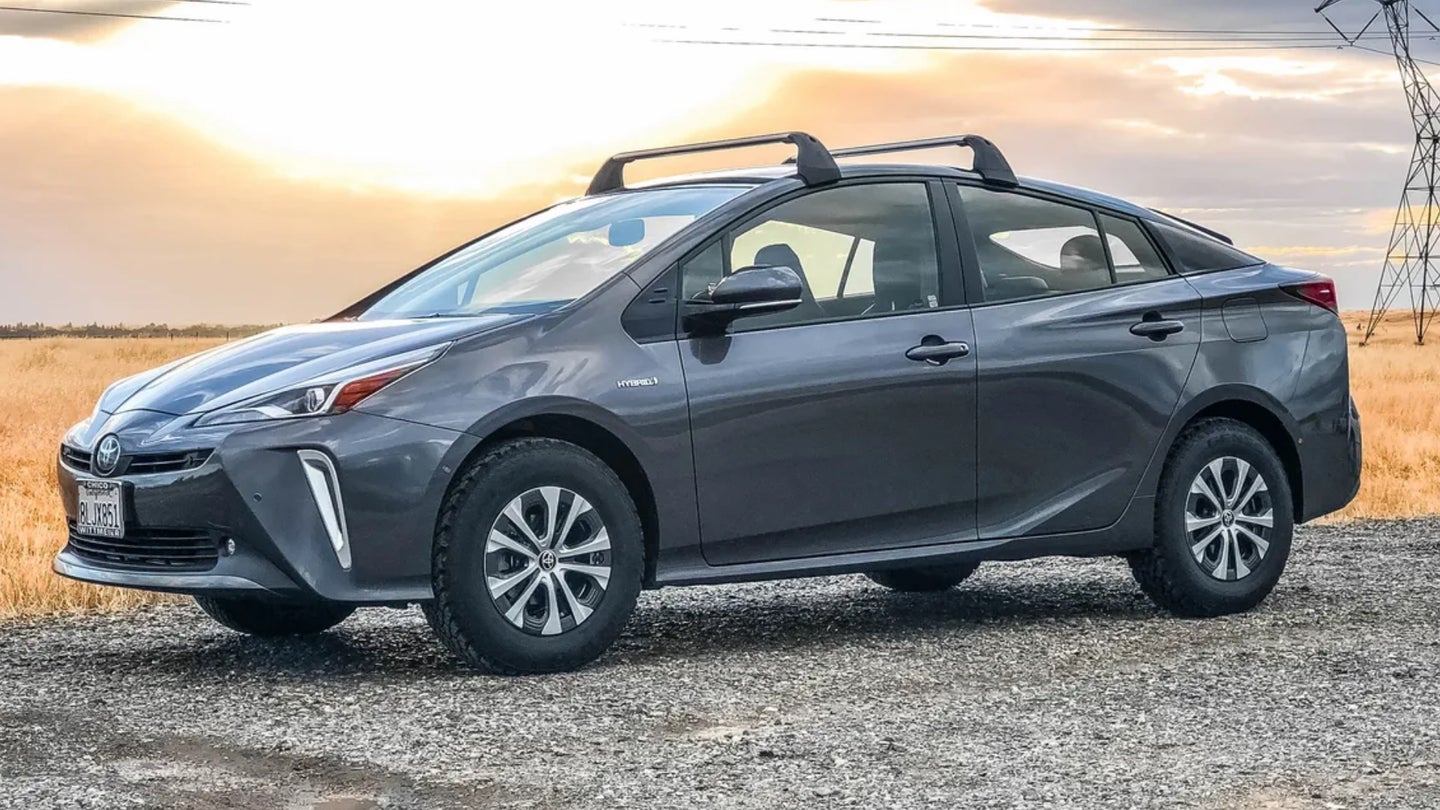 There are more Toyota Priuses (Prii?) on the road than I care to count. I mean, it makes sense; they're fuel-efficient, have a decent amount of space inside, and they're generally cheap to own. Given their usability and daily drivability, it's understandable why some Prius owners may tack on a few aftermarket mods to make them stand out—after all, they're a better place to start than most people give them credit for. One mod we didn't see coming, however, was the Prius lift kit. Available from the company Prius Offroad, they're available for nearly every generation of the Prius, including models like the Prius Prime and Prius V.

Basically, they're just spacers placed under the mountings for the suspension. These lift kits don't adversely affect caster or camber, though, so they won't radically change the handling of your vehicle. They're also only a small lift at 1.5 inches, but they allow for 27-inch tires in most cases, which will also help the front-wheel-drive Prius' offroading prowess.

The company says all of the kits are CAD-drawn, laser-cut, hand-welded, and made in the USA. They also say all the hardware is class 10.9, claiming that it meets or exceeds any and all factory specifications. That's a far cry from the parts availability for lifting Prii before. People used to order parts from Russia to do it, so now that they're available here, it's very nice.

All of the kits cost $300, which sounds like a lot for laser-cut, welded steel. However, they look to be high-quality parts, and they come painted with the correct hardware.

So if you have the urge to leave civilization as many of us have had lately, but only own a Prius, fear not. Order a new set of steel wheels and chunky tires, bolt up this kit, and get a camper attachment. You'll be able to overland for years with the kind of fuel economy that these things get. Just hope you pack enough dehydrated green bean casserole!

This 1969 Ford Mustang Is Actually a Toyota Prius Underneath

A triumph of the human spirit, or a hex upon the world?