The Tundra’s hybrid powertrain is more about performance than fuel efficiency, and it has the hardware to back it up.

Toyota's been selling hybrid vehicles for over two decades. The Prius—ever heard of it? No one was too surprised, then, when Toyota announced it was building a hybrid Tundra pickup for 2022. The results are undeniably impressive, seeing as the electrified, twin-turbo, 3.5-liter V6 makes 437 horsepower and 583 pound-feet of torque. But how's it different from all the others?

I was curious to know myself, so I talked with Craig Herring, Toyota's senior engineering manager overseeing powertrain development. He was at the 2022 Tundra hybrid press launch and was able to give me a walkaround of a chassis that also featured a fully exposed drivetrain. It certainly looks complex, and while I can't tell you what every component does, I now know what's unique to the Tundra versus, say, a hybrid Sienna minivan.

See, in the Sienna and Prius, Toyota employs a dual-motor-generator setup whereas the Tundra hybrid has a single unit. It's not as simple as subtracting one from the equation, though, as the truck gets its power in an entirely different way. More on that in a minute.

"In the two-motor system, you have the first motor-generator and that is taking the power off the engine and converting it to the battery, making electrical power off of the engine. Then the second motor generator is behind the planetary gearset and it’s connected directly to the wheels," Herring explained. "So it’s saying, ok, take all the power from that motor generator that’s pulling power off the battery and putting it to the wheels. There is a planetary gearset between those two motors so that it allows some path of torque from the engine through, but it’s not the main path—the main path is electrical."

That's why you see relatively small engines being used in those applications. Their main purpose is to funnel power through those electric motor-generators and then onto the wheels. This delivers max energy efficiency for the sake of fuel economy rather than performance.

"The first motor is converting the mechanical power to electrical, and then the second motor is taking that electrical power and putting the torque to the wheels," Herring continued in explaining the two-motor system.

The Tundra hybrid is unique, then, as its main power path is mechanical. You can see the orange component between the engine and transmission here—that's the key in making all this work, along with the battery and power inverter. Inside is a clutch, which opens and closes to direct output onto the 10-speed automatic and traditional torque converter.

“This system, we just have a single motor that’s behind the engine, but there's a clutch between them. So if that clutch is open, the engine can turn off and the electric motor then makes the torque that goes through a typical transmission with a torque converter, all the way to the wheels.”

The Tundra hybrid can run on electric power alone, though it's all dependent on circumstances. It's not selectable by the driver and once the truck decides internal-combustion power is necessary, it fires up the twin-turbo V6.

“On this system, it’s a very mechanical path. If that clutch is closed, it’s pure mechanical connection from the engine crankshaft all the way through to the wheels. That’s a benefit for a truck—you’re not relying on only electrical power.”

That's smart, then, just in case the truck's 1.87-kilowatt-hour battery runs out of juice. That's a rarity, Herring says, as it's constantly discharging and recharging during normal driving. All Tundra hybrids have a digital gauge showing the battery power level so it can be checked in a hurry.

“It’s not like we have a small 2.0-liter engine up there, that if the hybrid doesn’t have enough juice or the battery isn’t charged, you’re not lacking too much performance," Herring elaborated. "It’s basically the same as a non-hybrid Tundra."

Theoretically, the Tundra's hybrid powertrain could even operate without the battery connected...if it weren't for all the other fault codes that would be thrown as a result. It's best that everything stays hooked up, of course, so you can get what you paid for—more torque than what's available anywhere else in the class. 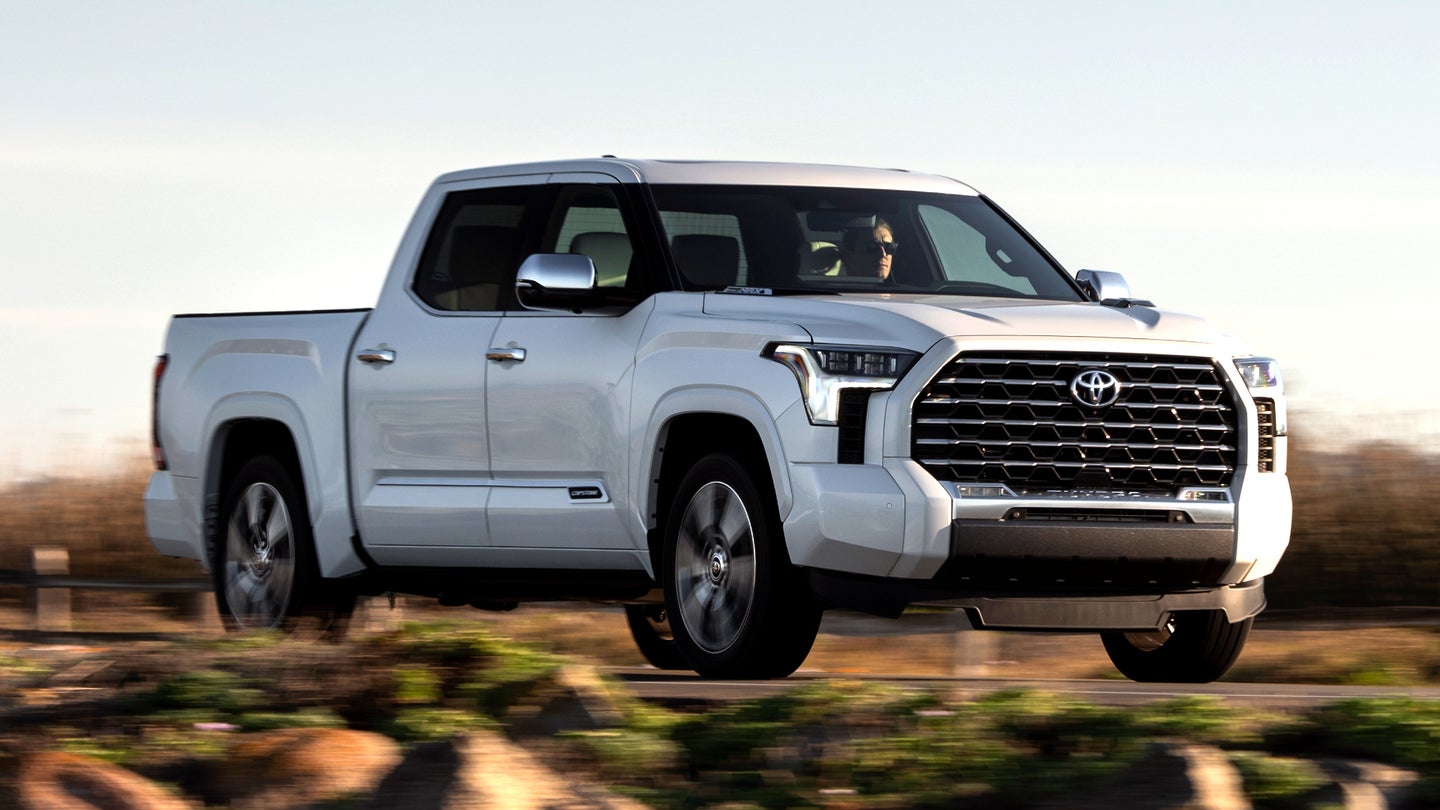 The most powerful engine for the new Tundra is also its most fuel efficient. 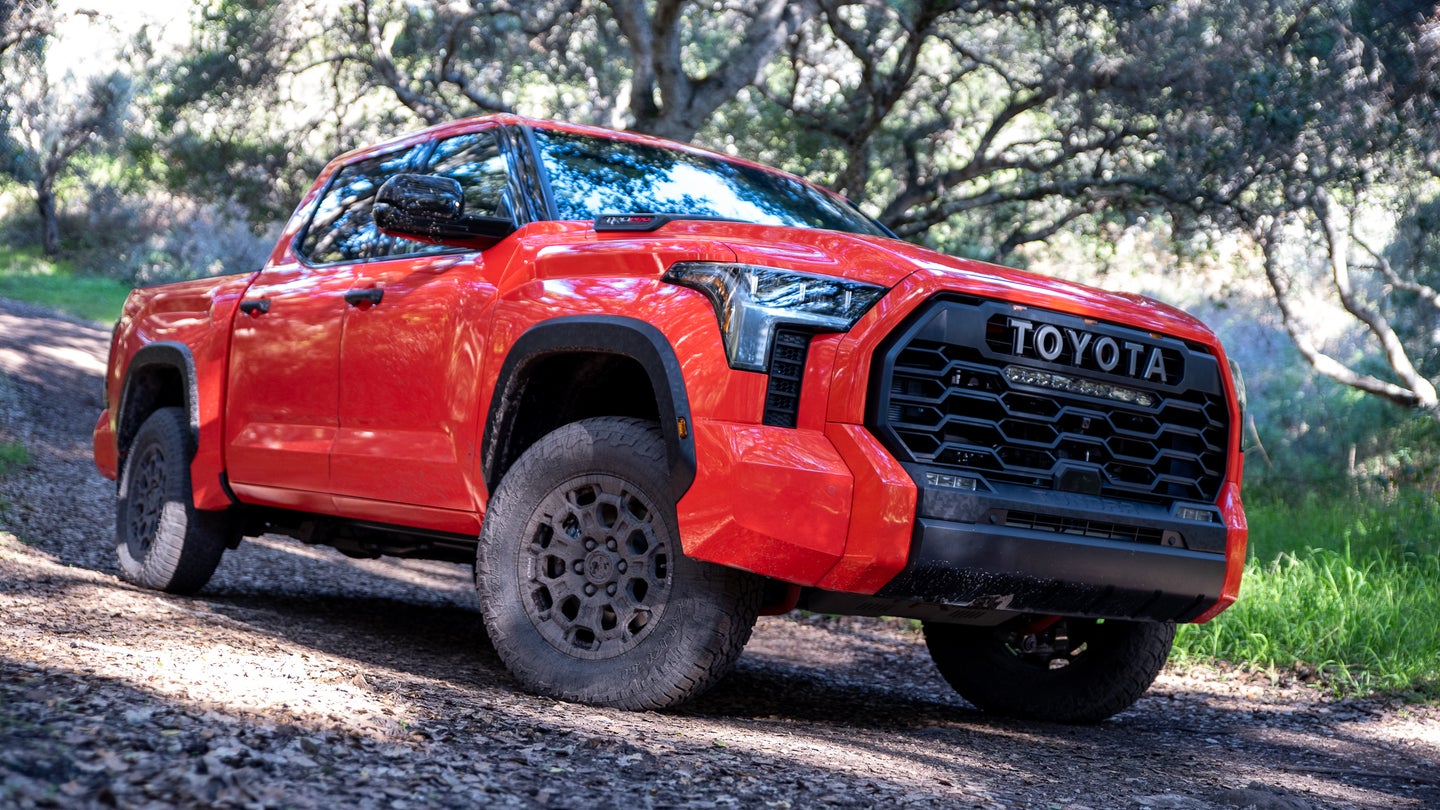 The new Tundra’s updates finally make it modern again, and that’s thanks to its optional hybrid powertrain. 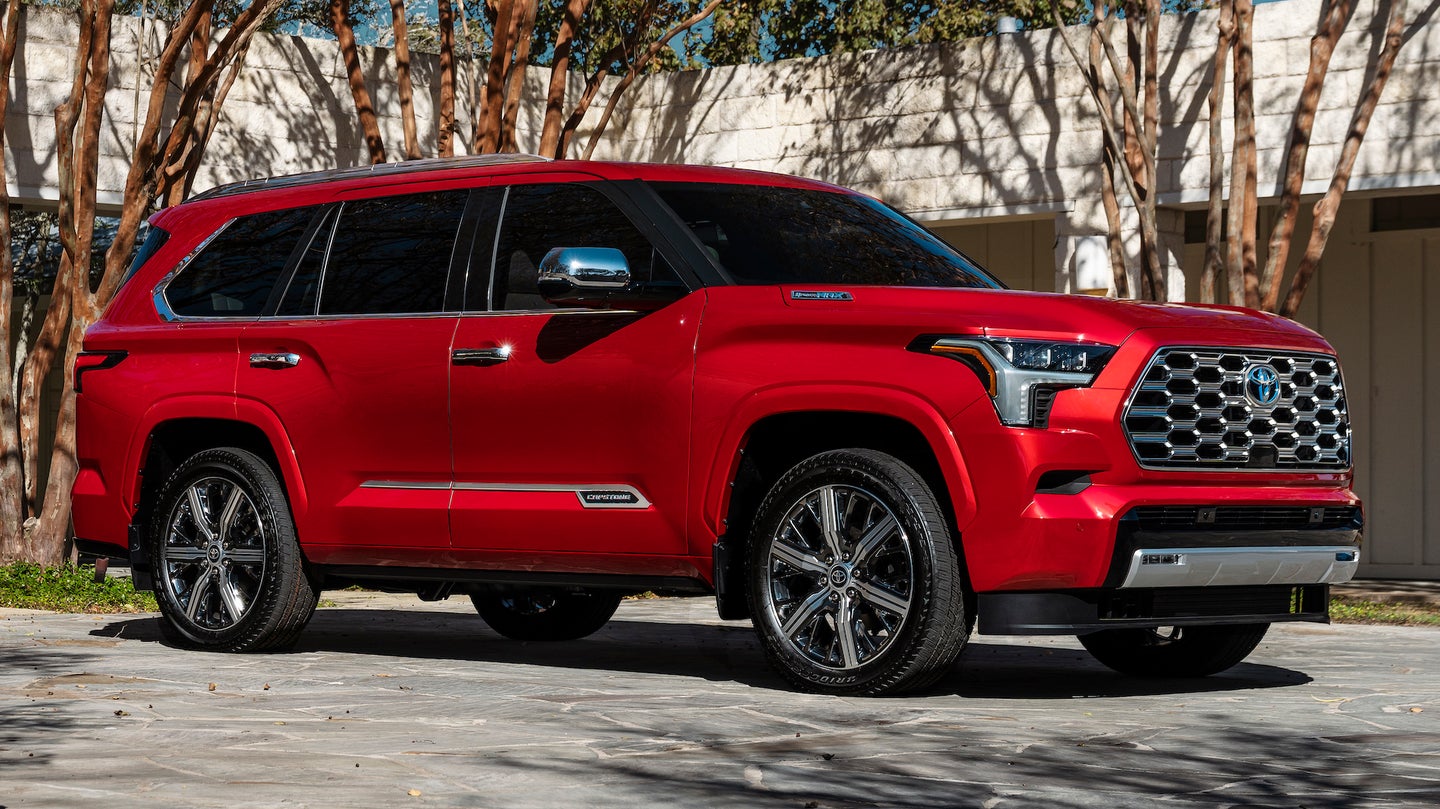