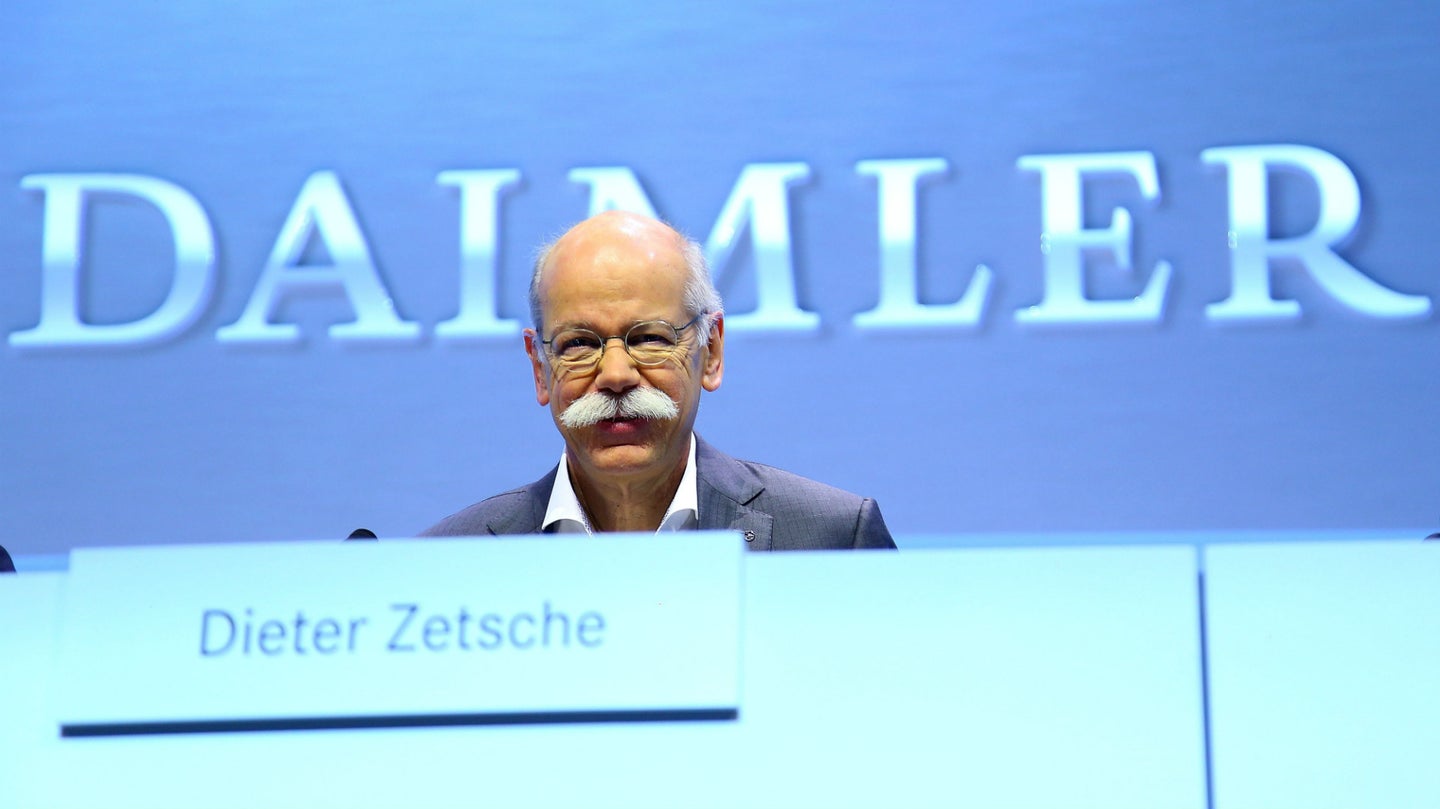 Daimler intends to have "at least 10" electric vehicles on the market by the year 2022, according to a announcement on Monday. It isn't tolling the bell for internal combustion just yet, though, as it intends to keep gasoline, diesel, and hybrid powertrain options alive alongside its electrified offerings.

In its briefing, Daimler outlined the avenues down which its engineers will march in the pursuit of keeping the company's powertrains up to date, which include CO2-free electric vehicles, improvements to plug-in hybrids, increased efficiency squeezed from internal combustion engines, continued focus on fuel cells, and a mixture of autonomous driving and ridesharing services.

"We are placing our emphasis on highly-efficient high-tech combustion engines, systematic hybridisation and battery-electric or fuel-cell drive systems," said Ola Källenius of Daimler and Mercedes-Benz research and development. "By 2022 we will be bringing more than ten different all-electric vehicles to market. We will also be electrifying the entire Mercedes‑Benz portfolio and our customers will thus have the choice of at least one electric alternative in every Mercedes‑Benz model series, taking the total to 50 overall," he said, reiterating a statement from Daimler chairman Dieter Zetsche in September.

Some of Daimler's near-future electrified projects are already known. The workhorse Sprinter van, the entirety of the Smart lineup, and the upcoming short range truck, meant to face Tesla's challenge head-on.

The company is also planning its own rival to Tesla's ever-expanding supercharger network, in cooperation with Ford, VAG, and BMW, as about 400 chargers, with power outputs up to 350 kilowatts, are expected to be installed across Europe.

Daimler has now joined the list of companies with established targets for electric vehicle production, which includes giants such as General Motors, Volvo, and Jaguar Land Rover. Its transition towards electric vehicles ought to aid it in jumping the nearing zero-emissions hurdle set by German lawmakers for 2030.