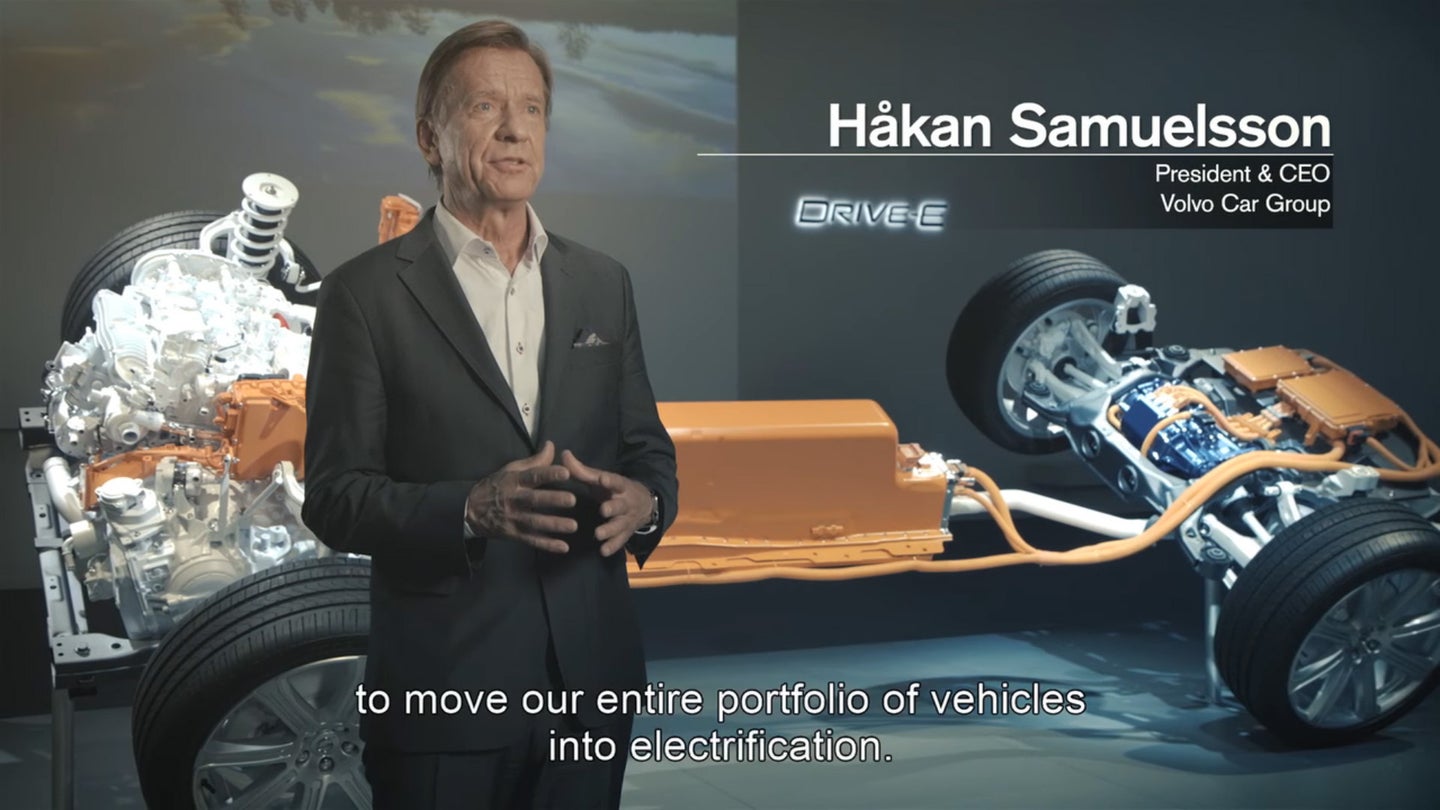 Volvo announced Wednesday that it would be electrifying its entire fleet of cars in one form or another. Starting in 2019, it will be impossible to buy a new Volvo without some form of electrification being built into the vehicle, something which no other petrol-powered auto marker has committed to in such a short period of time.

Volvo will begin this initiative with five fully-electric cars that are to be deployed between 2019 and 2021. It is unclear if this will be some of the EVs previously announced, or if these will be new, unannounced models to fit in the Volvo lineup worldwide. Volvo states that two of these will be high performance-oriented branded under its spin-off Polestar brand, while the other three will be sold under the traditional Volvo name. The program will expand all traditionally gas-powered platforms with hybrid supplements as well. So although some internal-combustion engines will still be sold, they will not be without a supplement electric motor.

"We are determined to be the first premium car maker to move our entire portfolio of vehicle into electrification," said Volvo CEO Håkan Samuelsson. "We are convinced that the future of Volvo is electric, and that's why we stated the bolt commitment to bring out one million twin-engine cars or all-electric cars on the roads till 2025."

Vehicles will be built on Volvo's Compact Modular Architecture (CMA) platform, so this will potentially help to keep costs to a minimum by reusing common parts between models. Additional cost savings are expected based on manufacturing location, as Volvo has previously announced that their first electric vehicle would be built In China with its sister company, Lynk & Co.

These are steps in the right direction for Volvo to meet its sales goal; the delivery of one million electric cars by 2025. With a large shift in vehicle production moving towards electric, Volvo is talking a step above everyone else by setting a hard deadline for customers to purchase a purely-petrol car from its lineup. Only time will tell if this move will be as innovative as planned.

Volvo is still in the hunt for safest car on the road.