Extra horsepower and a third pedal can turn an otherwise humdrum hybrid into a tool to provoke HOAs. 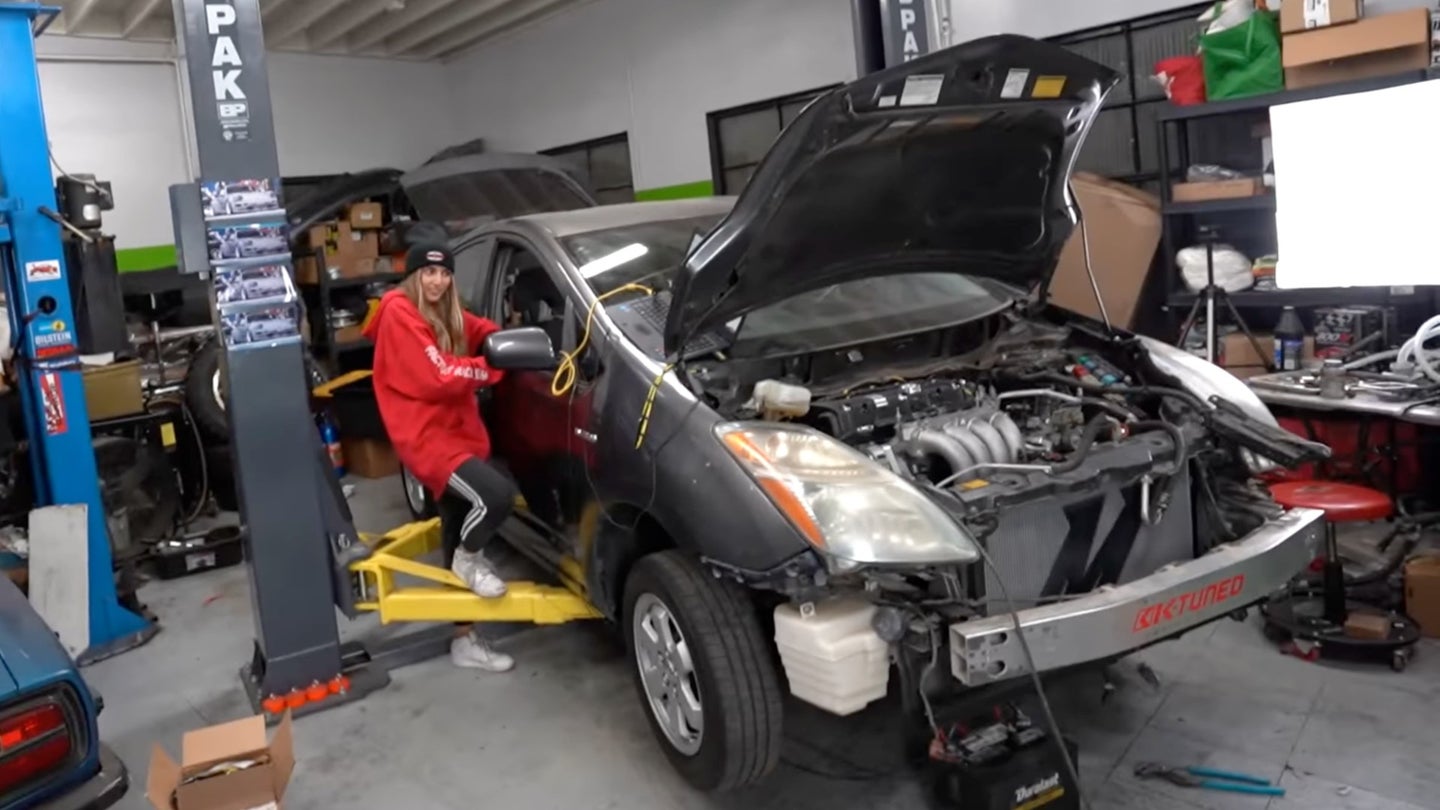 Sometimes we like things simple, steady, and predictable—an alarm clock that goes off at six, oatmeal for breakfast and an economical car to drive to work. At others, we like the chaos of novelty, like bailing on work early to dive into projects that drag on 'til late. The pursuit of this is presumably what drove YouTube vlogger Emilia Hartford and crew to exchange the heart of her Toyota Prius for something more exciting: A Honda K-series engine.

Though far from extreme by swap standards, the well-supported K24 nevertheless proved a not-quite-straightforward addition, as documented on Hartford's YouTube channel. She and her shop crew spent the most recent episode of their build series trying to fire the engine to life, which despite being done with a "plug-and-play" harness, required significant modification—a problem familiar to anyone with even a remotely ambitious build under their belt.

As much of the video is standard vlog fare with a seasoning of the wrenching or technical commentary you clicked for, we've embedded at the timestamp where the Prius actually fires to life for the first time.

While the lack of an exhaust system, throttle linkage, or axles meant that the Prius couldn't be driven day-of, all these have seemingly been addressed since this video's mid-month upload, with an Instagram post dated Sunday showing Hartford driving the K-swapped Prius at last. Hopefully her next step is to see how it tackles trails—they make lift kits for these bad boys, after all.

Ever want to know the backstory behind these time capsule cars? Here’s one.