This is what we call a “hybrid car” in the Lone Star State. 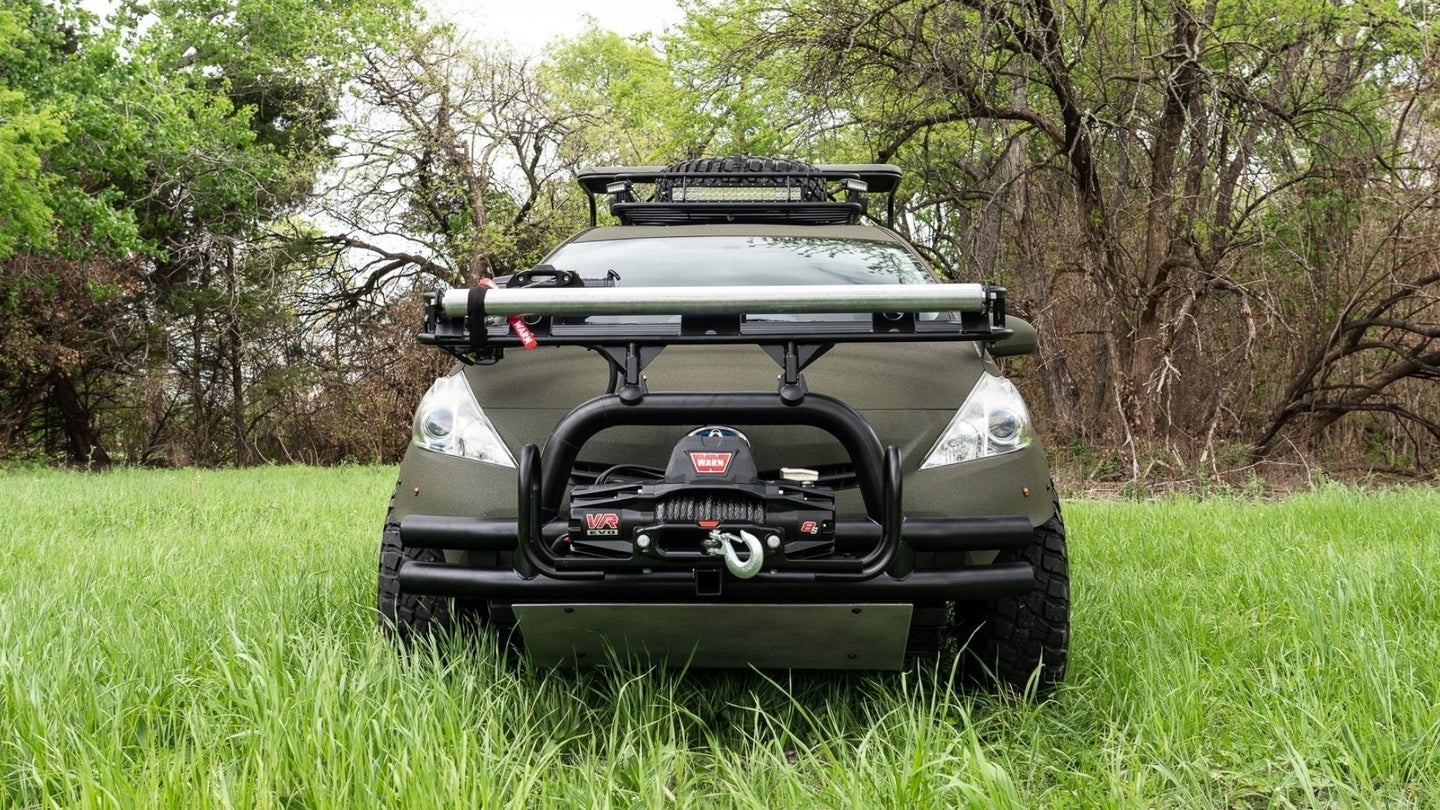 The predator sneaks up stealthily, stalking its prey. It is invisible and silent, and it's downwind in order to keep its quarry from smelling it. There it is, poised to pounce: a sleek and fierce... Prius?

Dallas-based Starwood Customs, which says its goal is to "surprise the hell out of every customer" came up with a build they call the Predator Prius and it is eliciting responses of both curious enthusiasm and perplexed aversion. It’s a matte camouflage green Toyota Prius with the hatch ripped out and replaced with a hunting platform. Gun mounts and a number of other goodies were added for those who like to harvest their own dinner. If a 2011 Ford Fiesta can become a hunting vehicle, then the Prius is just as apt.

I live in Texas, and my husband’s family has been hunting for generations, but they generally take the old first-gen Nissan Titan out on the ranch and then walk from there. I don’t see them wanting to hunt in a Prius and frankly, the rutted terrain in the western part of the state would be difficult to tackle. However, for other parts of Texas and any other part of the country with relatively flat surfaces it would work perfectly.

One commenter called it the "mullet of the vehicle world" and another complained about the custom shop "California-ing his Texas" but ultimately, somebody out there is all in and commissioned this clever creation. The Prius does have a few key advantages: it’s super quiet, compact, and inexpensive. A brand-new Prius is around $25,000 at the base level, which helps when you’re adding thousands more for a custom build.

This lifted Prius also has a Warn winch and cargo rack on the front, which inspired some readers of Starwood’s Facebook page to ask how one sees out the windshield if the spoils of the hunt are positioned atop the hood. Rabbits, ok. A full-size buck, not so much. On the roof, a spare-tire cage with accessory lights is mounted in case you have a flat while deep in the woods. Just remember that hunting deer with accessory lights is illegal in many states, so you might want to pay attention to that.

Like it or loathe it, you have to give the shop credit for figuring out how to turn this urban compact car into a hunting machine.

Next up: now let's see a Tactical Tesla.

These are the best headlamps for hunting in any lighting and all other outdoor conditions.

Padded vinyl bodywork and doors that slide out on rods are just the tip of the strange SafariKar iceberg.