It’s been a long time coming, but the former lawnmower is finally running around with 2JZ power.

We previously covered the build process behind a 2JZ-powered lawn mower that is just so bizarre you can't help but love it. Now, however, the beautiful machine is finally running and driving.

Well, it's sorta running and driving. The motor is running great and the thing sure can drift around in a hurry, but it still has a regular tractor seat, non-boosted brakes, and basically no suspension. So it works, just not exactly well—but still looks like fun.

For those who are uninitiated, this project started a little more than a year ago and is the brainchild of YouTube channel Grind Hard Plumbing Co. The channel is known for wacky builds like this and, in fact, it's the same people who previously made a barbie Jeep go 85 miles per hour.

The 2JZ lawnmower build is a bit more... civilized. It's built to be a sort of off-road buggy, which needless to say means there's not much of the original tractor left. It has independent suspension front and rear, big 30-inch tires, and it's safe to assume that it won't be mowing lawns anytime soon.

And before anybody accuses Grind Hard Plumbing Co. of building a complete deathtrap, the eagle-eyed amongst you will have already spotted that this is a naturally aspirated 2JZ, not a turbocharged GTE. That means it only produces 227 horsepower as compared to the monster amounts of power even a lightly modified 2JZ might send to the tires.

That's not to say this is a slow tractor, of course. It's anything but. Even with just the rip around the yard before this is really made driveable for more than a few unsafe minutes, you can tell it has some serious pep in its step. 227 horsepower is a lot for a former lawn tractor. If you're wondering how far it's really come from its original form, check out the video below which was posted at the very start of the build.

It's good to see it finally running, but as the guys say, it really needs some upgrades before it can be driven longer. Mostly, upgrades to keep the driver from being ejected during turns. For anyone curious, there's a build thread on Grind Hard Plumbing Co's website as well if you... uhh... want to make your own 2JZ-powered lawnmower.

Hey, it's definitely not for everybody, but these guys seem to be having a lot of fun with theirs! 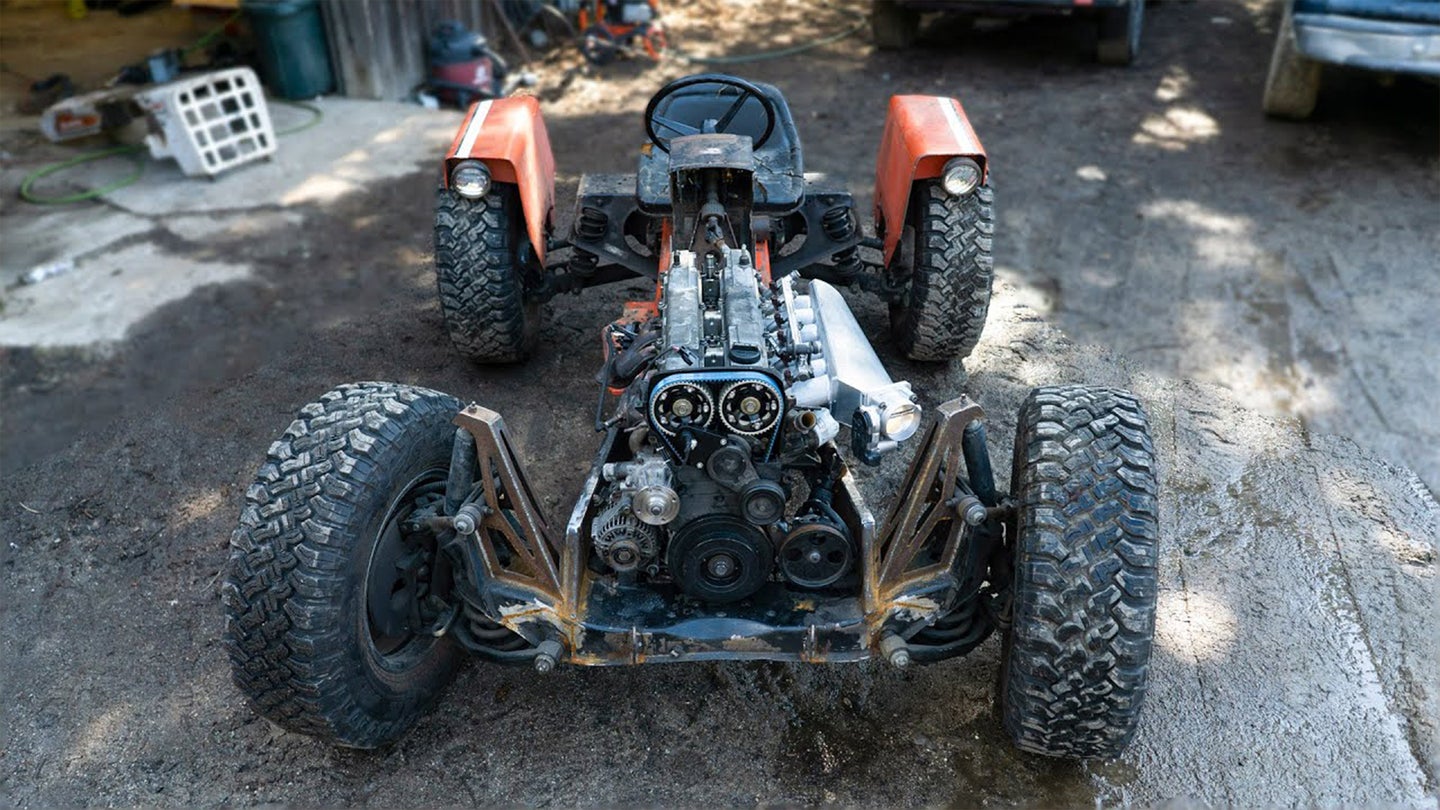 Hate to Love It: 2JZ-Swapped Lawn Tractor on 30-Inch Tires

I mean, why not? Actually, don’t answer that. 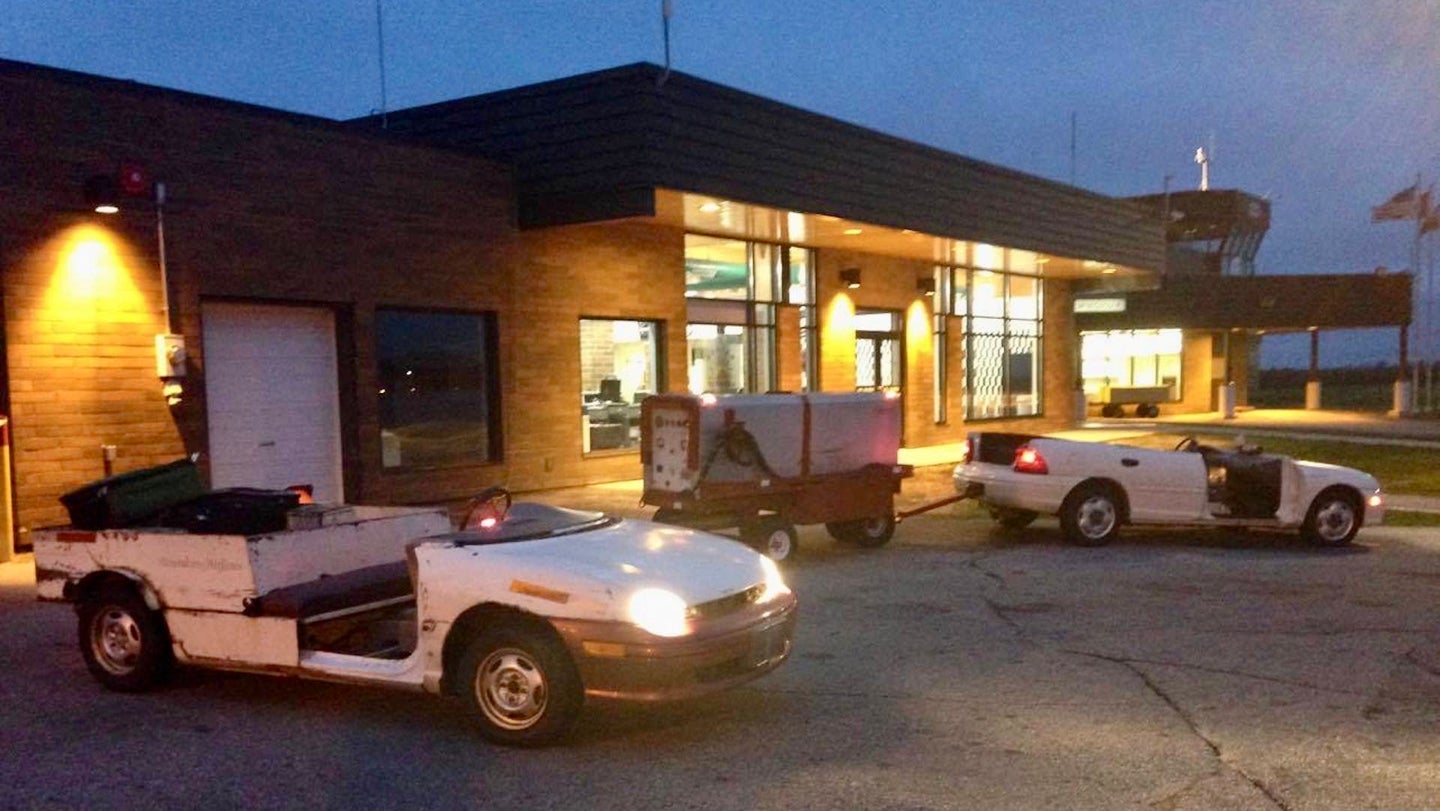 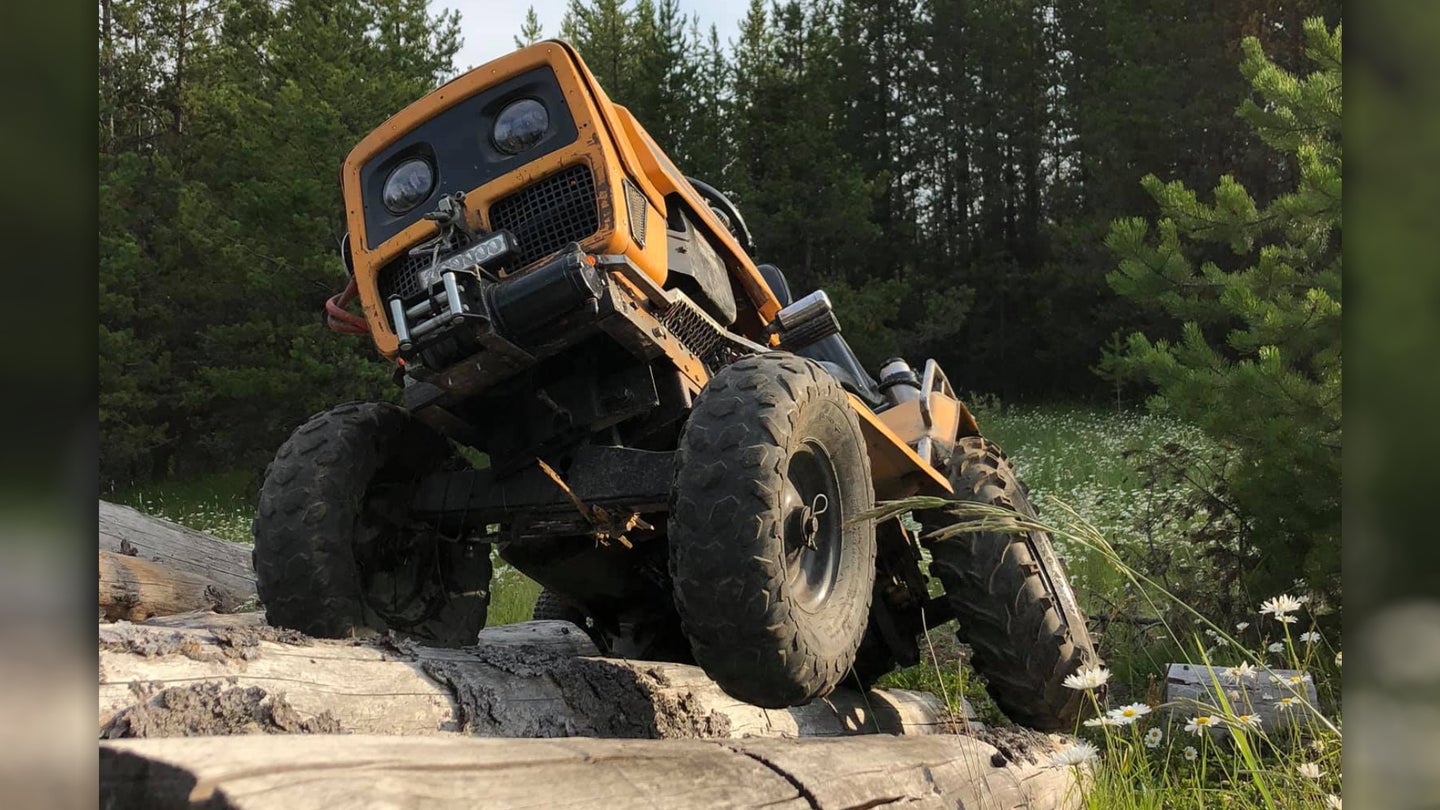 You don’t need a massive truck to hit the trail—here’s proof.