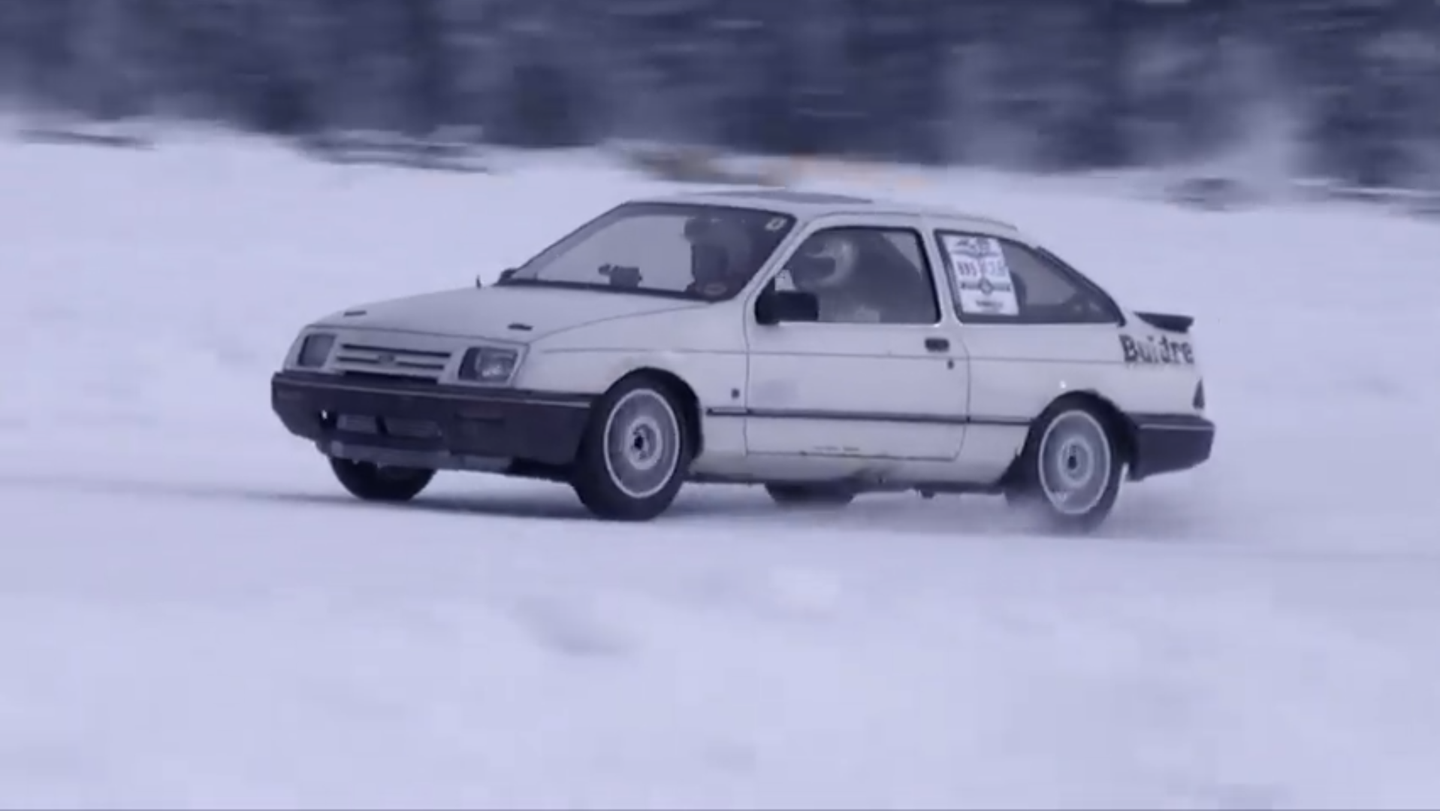 We Americans know the Ford Sierra as the Merkur XR4Ti, which was kind of a weird, short-lived performance car on our side of the Atlantic. In Europe, however, the Sierra was a popular, high-volume (by Euro standards) car through the '80s and early '90s before being replaced by the Mondeo. Most old Sierras are likely in junkyards now, but this particular three-door example has a new life in the form of an unconventional drag car that is particularly good on ice.

The Norwegian Buldre Racing Team didn’t take any ordinary Ford Sierra to Sweden’s Speed Weekend. The unassuming white Ford you see here is propelled by a turbocharged Toyota 2JZ 3.0-liter inline-six which most famously powered the Supra and is a popular engine swap candidate due to its massive tuning potential. For example, this one makes 660 horsepower and 545 pound-feet of torque

The result is the Sierra rocketing to an average speed of just a hair over 175 mph on this drag strip of ice. That’s a lot faster than any Ford Sierra was ever intended to go, but it looks like it handles that speed like a champ. We don’t know the specifics on what modifications were made to this Sierra other than the upgraded intercooler that’s clearly seen hanging off the front of the car and presumably a revised twin-turbo setup. Oh, and of course, snow tires.

We’re all for tuner tomfoolery, but we’d advise against driving this fast on ice unless you really know what you’re doing and have the right setup...or you have a death wish.