The First Ford Sierra RS500 Cosworth Is Going Up For Auction

You had me at ‘homologation special.’ 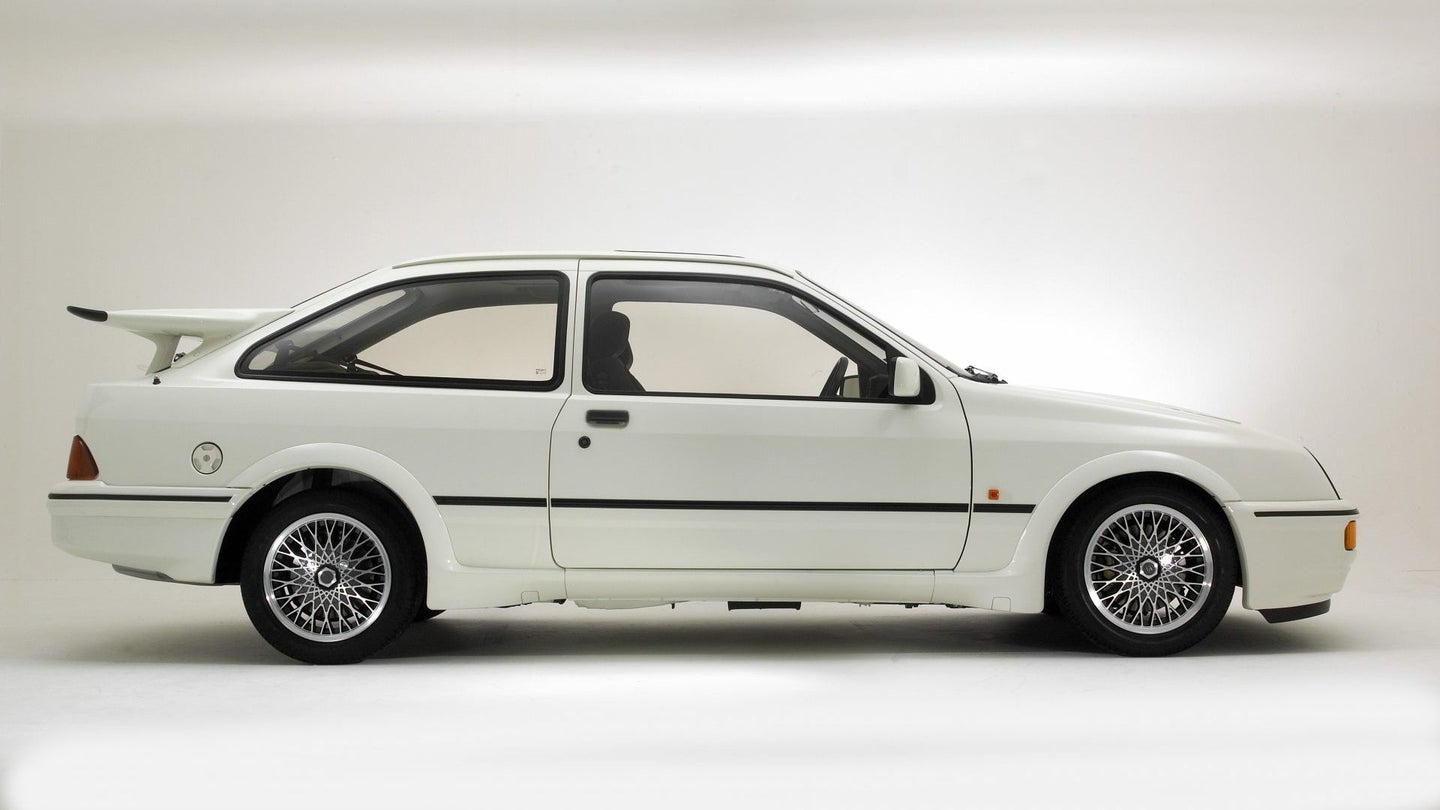 You heard that right: The first-ever Ford Sierra RS500 Cosworth will land on the auction block on Saturday, May 19.

The lot will be put up by Silverstone Auctions later this month, as part of the organization's semi-regular auction schedule. As the name suggests, the auction takes place at Silverstone Circuit, an international racing venue in the United Kingdom that was the first to ever host a Formula 1 World Championship event.

As for the car itself, it is the first of a 500-unit production run, the mandatory minimum Ford needed to sell to qualify the car for entry into the 1987 World Touring Car Championship. Not only is it the first RS500 built, it was—according to the auction listing—the only one constructed by Ford itself; the completion of the rest was outsourced to Aston Martin Tickford, an engineering and coachbuilding firm. Technically, chassis number one is a pre-production car, and with how rare it is for test mules to survive trialing (let alone reach classic status), this only adds to this car's provenance.

The RS500's 2.0 liter Cosworth YBD turbo-four made a respectable-in-its-era 224 horsepower, with some racing variants reportedly surpassing the 400 mark. Between the technologically advanced powertrain and stout chassis, the RS500 hit the international racing world like a train hits a snowman by pulverizing the competition in the late 1980s.

No no, not this exact car; it's a street car. But if you want in on a piece of history from when turbocharging was taking over the world, then get ready to add another mortgage to your house: Silverstone Auctions expects a high bid of up to £120,000 GBP, or about $162,000.

And that's before tax. Smash that piggy bank like it's the 1988 DTM Championship, Ford fans.