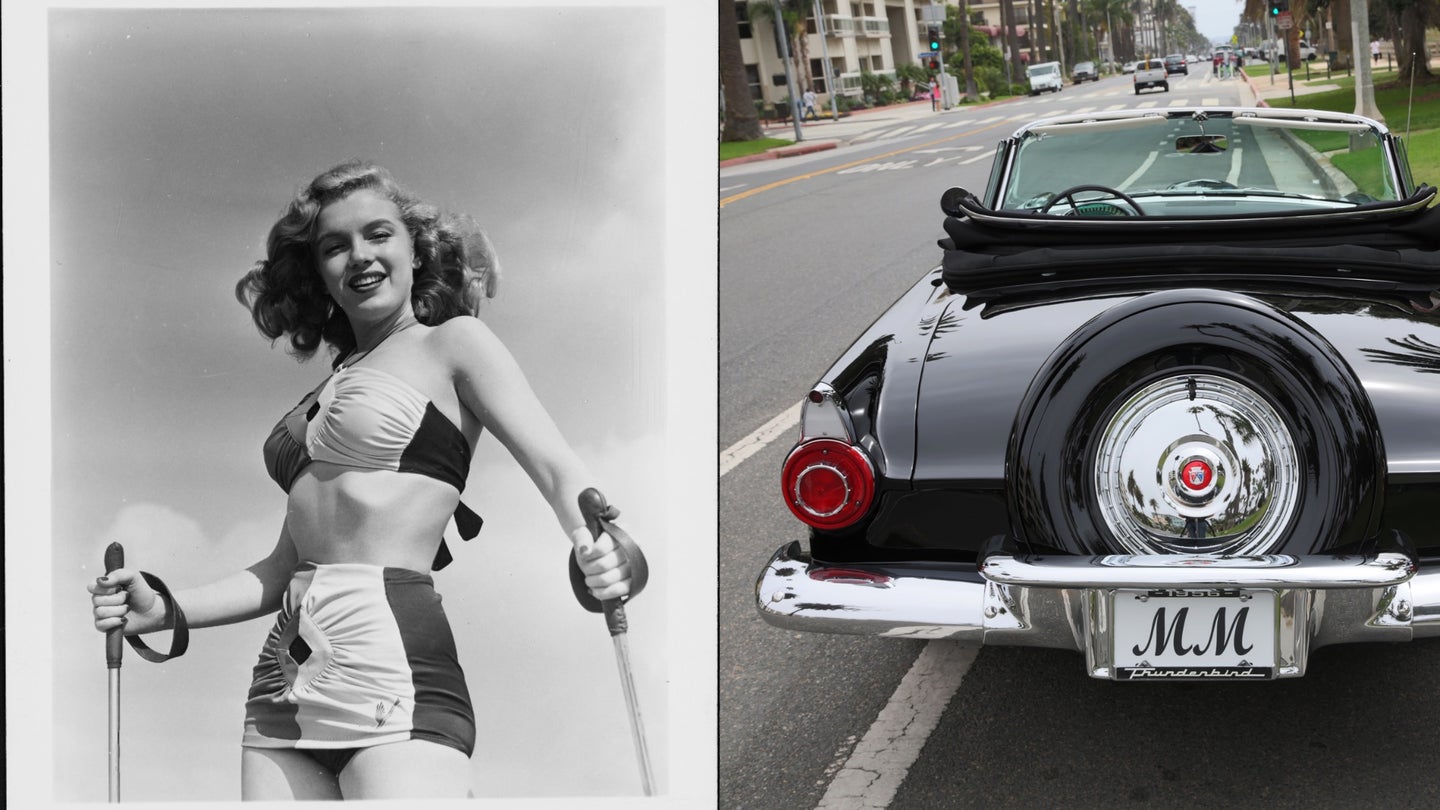 Monroe rose to prominence in the early 1950s, the peak of her acting career lasting scarcely a decade before her overdose via barbiturates in 1962. She is considered symbolic of American culture's attitude toward sexuality in the era, and her untimely death froze her image in time, potentially guaranteeing her lasting mystique—similar to James Dean.

Like Monroe, the Ford Thunderbird enjoyed explosive popularity in the 1950s, but unlike the actress, the model continued onward for 45 of the 51 years between the first Thunderbird manufactured in 1954 and the last one in 2005. The first generation is the best-remembered version, and bridged the gap between classic roadsters and the personal luxury car, a segment that it helped grow.

Monroe's Thunderbird was bought in the name of her film production company, Marilyn Monroe Productions on Dec. 20, 1955, from Westport Motors in Westport, Connecticut. It is believed the car was a Christmas gift from her business partner and photographer, Milton Greene, whose wife fondly remembers riding in the Thunderbird with Monroe.

"Marilyn liked to drive. We'd take the convertible and with the top down, we'd go sailing along the highway," recalled Amy Greene. "We both liked to feel the wind in our faces and the warmth of the heater on our legs."

Monroe owned the car for six years, gifting it as an 18th birthday present to the son of her (and James Dean’s) acting tutor Lee Strasberg just months before her death. Soon, the car will change hands again, as it will be sold at auction for the first time Nov. 17.

The car received a thorough restoration under its current owner, though special care was taken to retain as much of the original components as possible, especially those of the interior—touched by Monroe herself.

"Once in a while something comes along that has a powerful magic about it, a charisma, because of everything and everyone associated with it," stated Darren Julien, CEO of Julien's Auctions, consignor of Monroe's car. "This wonderful black Ford Thunderbird is not only part of automotive history but comes with an aura of glamour, romance and tragedy of a true Hollywood legend. It will make the centerpiece of any classic car collection and be an object of fascination to millions."

Julien's Auctions projects a hammer price from $300,000 to $500,000. Considering the prominence of both Monroe and the Thunderbird, we wouldn't be surprised to see it sell for far more than Burt Reynolds' personal movie car clones.