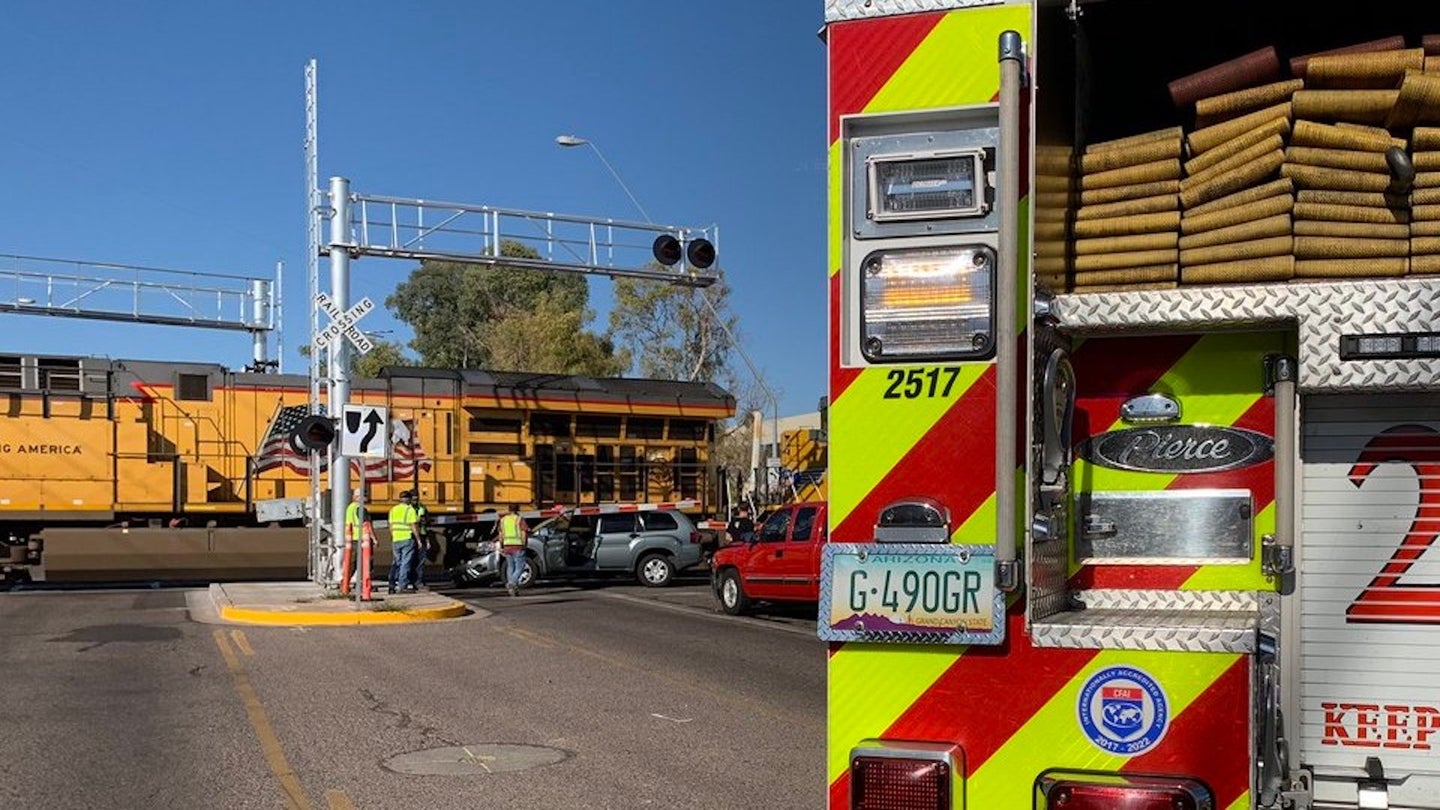 An elderly woman is lucky to be alive after her Mitsubishi Endeavor SUV was pushed into the path of a Union Pacific train near the town of Mesa, Arizona. Thanks to quick action from vigilant bystanders, however, she escaped unharmed with only moments to spare.

A video shared by abc15 shows that the woman slammed on her brakes to avoid hitting the crossing arm when those suddenly began lowering at the railroad crossing. Unfortunately, that's when she was rear-ended by what looks to be a red GMC pickup truck, which pushed her Mitsu onto the tracks at the worst possible moment. Thankfully, the video shows the driver of the GMC pickup and several others rushing to pull the woman from the vehicle as the train approached.

The woman was removed from the vehicle and saved just seconds before the collision took place, with the footage showing just how close her and those helping her came to being hit by the ricocheting SUV.

Amazingly, no one was hurt in the accident, but the result could have been much worse. Preliminary statistics from the Federal Railroad Administration’s Office of Safety Analysis show that there were 2,214 vehicle-train accidents in 2018 with 270 of them resulting in death and 819 ending with an injury. A fully loaded freight train traveling at speed can take a mile or more to stop, and even then it depends on when the engineer applies the emergency brake.

But will it make it to the United States?