I’m Testing a John Deere 3038E Tractor. What Do You Want to Know About It?

We are now specializing in vehicles with 38 horsepower. Sorry, those are the rules. 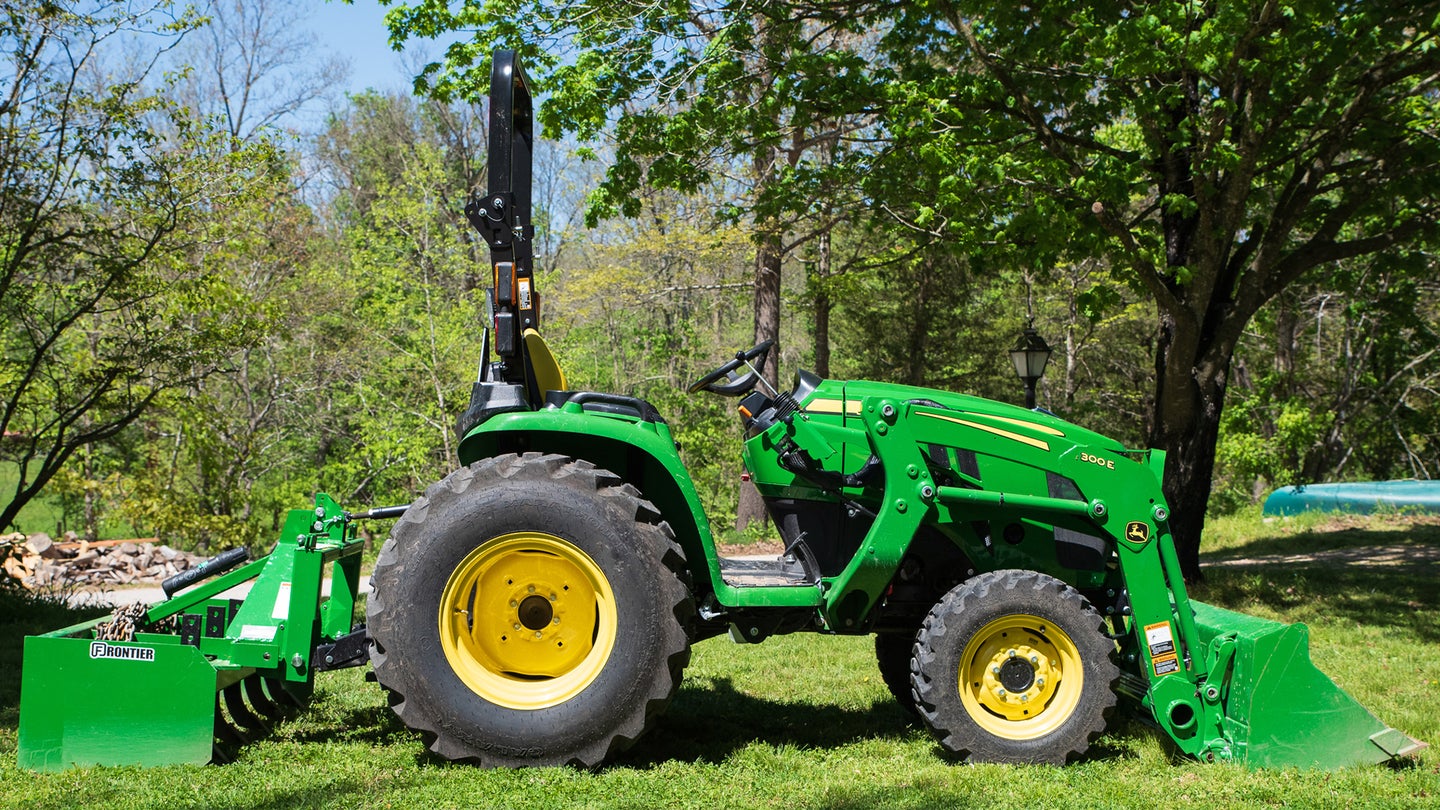 I don't think anyone else in our space is doing this, so here goes: I'm testing a John Deere 3038E tractor for the next few weeks. It was dropped off at my house last Monday, not long after we finished moving more than a million pounds of rock at our property along the creek. As luck would have it, though, a flood came through on Wednesday and now we're starting over. Pretty handy to have this thing, then.

It's a four-wheel-drive compact unit with a three-cylinder Yanmar engine rated at 37.3 horsepower. A hydrostatic transmission is standard with one pedal for forward and another for reverse; it's simple to operate with the hand-controlled throttle near the steering wheel. For those bigger jobs, you tilt the lever from "tortoise" to "hare" and dig in.

My tester is equipped with a hydraulic front loader that's great for moving gravel, brush, and whatever else, while a box blade is fitted to the three-point hitch out back. There are dozens of ways to configure these but for my intended purposes, this is the best setup—I've even got photos to prove it!

I put roughly 12 hours on the 3038E over the weekend and so far, I'm a fan. It's got a simple-to-read analog display so I can keep an eye on engine rpm as well as temperature. There's a digital readout below that toggles through various parameters, like exhaust filter soot level.

I'll tell the truth and say I don't know what every button does quite yet. Most of them are obvious; there are left and right blinkers as well as hazards for when you drive from one property to the next. It also features onboard diagnostic capabilities that help direct repairs via that same digital screen.

I've made full use of the roughly 38-horsepower diesel by keeping it in low range most of the time. High range is another option but that's really best saved for smooth, open paths and roads. Don't tell anybody but I also got it stuck for a brief spell. Once I figured out how to engage the locking differential, I was out in a jiffy.

Anyway, ask me some questions about this thing so I can answer them in the comments and hopefully expand my review that's coming down the pipe! See ya there!