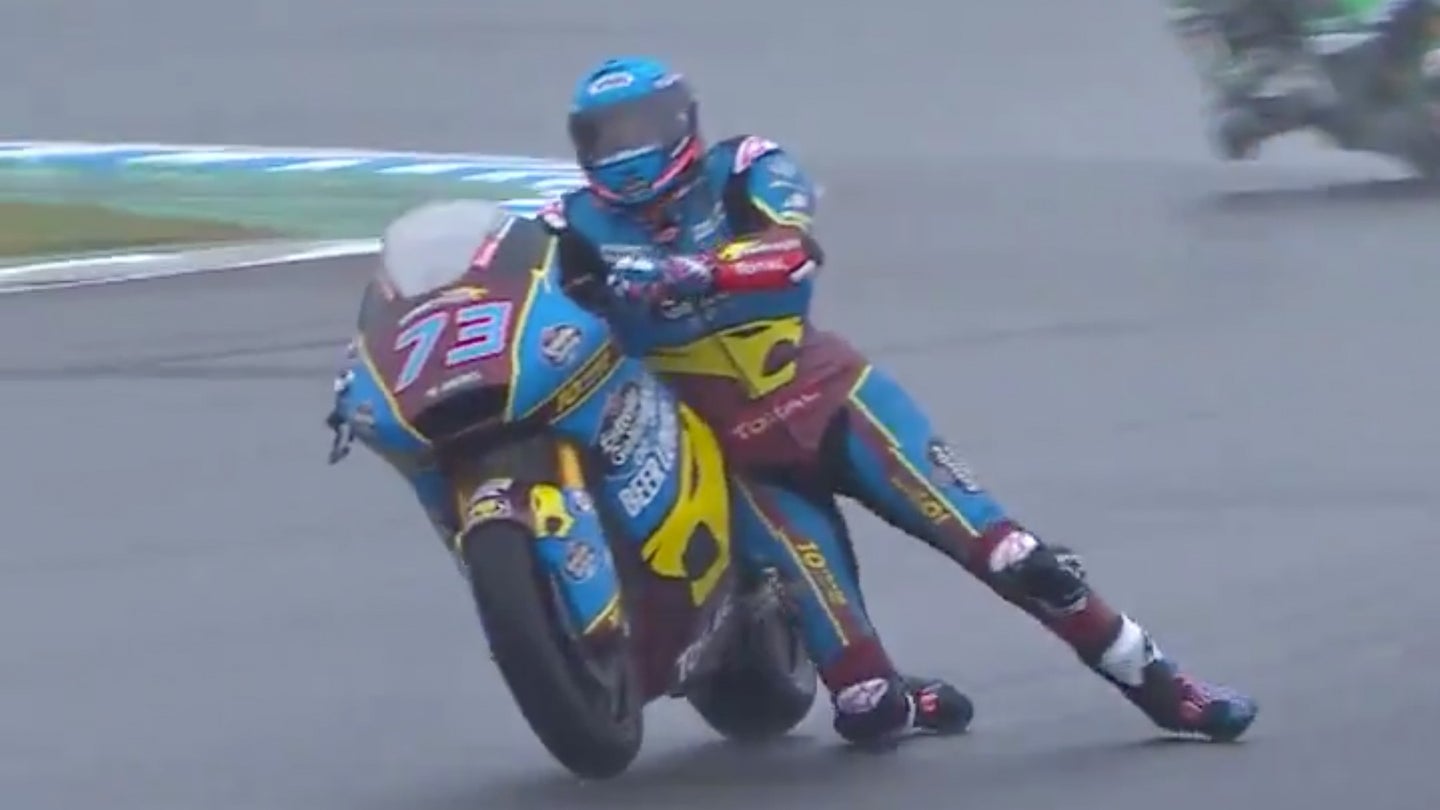 In one of the most remarkable moments we’re likely to witness in motorcycle racing this year, Alex Marquez recovered from a crazy-looking near-crash during a Moto2 practice session at Motegi. The feat was described as “once in a lifetime” by Marquez’s older brother, Marc, who himself is a MotoGP champion.

We can see in the video that the rear end of Marquez’s bike stepped out as he rounded the final corner in extremely wet conditions. Instead of a terrible Superman-style trip over the handlebars, he recovers and ends up skating beside the bike while holding on for dear life. The motorcycle finally came to a stop next to the pitwall, where Marquez remounted the bike and returned to the practice session.

The whole sequence is so impressive that it’s impossible not to watch the clip at least a few times. As the older Marquez brother said, “I’ve seen it 50 times and I’m not tired. These things happen once or twice in a lifetime. It has saved a possible injury. I wish I had seen his panicky face under the helmet.”

Marc is no stranger to making crazy saves either, as others have heaped praise on him for “impressive” acrobatics.

As for the race, Marquez went on to qualify fourth with a 40-point lead over his rival Augusto Fernandez. The amount of control and focus it must have taken to maintain composure after such a monumental near-miss is amazing.

Marc chimed in once again, saying, “The save, this kind of save you can only do when you are extra concentrated. He is in a very important moment in the championship so he's fully concentrated because he wants to do it”

The blue riders of Suzuki and Yamaha were empowered by Marquez’s crash, which put Sunday’s podium up for grabs.

The consequence for sending Hayden to the hospital with injuries he later died from? One year in jail, or maybe less…